Ryan’s tutor says he’s a dynamic role model for his engineering peers, who nominated him to be a student governor 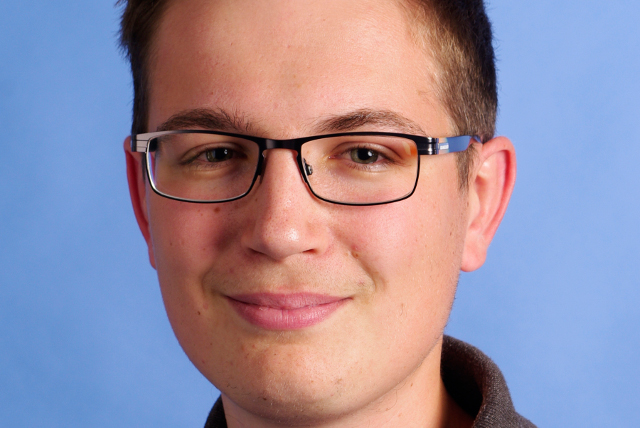 These awards highlight exceptional students from across the country and Ryan is one of only three finalists in the ‘Adult Student of the Year’ category.

Multi-award winner
Ryan, who won Pearson’s BTEC Engineering Student of the Year in July and received an Award from the High Sheriff of the Isle of Wight in March, says:

“To be considered for the AoC Adult Student of the Year award is an honour and I am extremely grateful for all of the help and support I have received to get me this far.”

“I am delighted that Ryan has been shortlisted as a finalist in this national competition. Ryan has an immense passion for life and a keen interest in engineering, which he passes on to others around him.

“Throughout his time at the college Ryan was popular with staff and students alike, as well as the many local employers that he worked with at CECAMM. We all wish him the best of luck for the competition final in November; he is thoroughly deserving of the award.”

Ryan’s story
Ryan, now aged 20, first enrolled at The Isle of Wight College in September 2015. He very quickly settled in to his engineering studies, however, less than six months into his programme Ryan was diagnosed with a life threatening illness which caused him to endure an exhausting schedule of treatments, operations and a long recovery period.

During his recuperation Ryan obtained his GCSE English qualification before resuming studies at the college’s engineering centre, CECAMM, in September 2017. That year Ryan made significant progress – all of the work he submitted was at an exceptionally high standard – and this summer Ryan achieved DDD* in his Level 3 BTEC Extended Diploma in Engineering.

“It has been a delight to see Ryan develop and progress over the years. One of his most admirable qualities is his extremely humble personality.

“He is a dynamic role model for his engineering peers, who nominated him to be a student governor; he provides generous support to his fellow students, whether it be technical advice on a piece of software, or one-to-one guidance to those experiencing personal difficulties. I wish him every success in the competition and his future engineering career.”

Steve Frampton, President of the Association of Colleges, said:

“The standard of entries this year was incredibly high and all the nominated students deserve praise for the contribution they make to their colleges.

“It is inspiring to hear the stories from a range of students and colleges each year and the awards are an opportunity to highlight their outstanding achievements.

“The finalists this year have done fantastically well to reach this stage and I look forward to seeing them all at the awards evening at our annual conference.”

Judging panel
The judging panel was made up of members of the AoC Charitable Trust Board, AoC President and chaired by Kirsti Lord (AoC Deputy Chief Executive for Member Services). All the judges were very impressed by the variety of inspirational stories and the success achieved by the students.

Awards ceremony
The award winners will be announced on Tuesday 19 November during an evening of celebration at the Association of Colleges’ Annual Conference in Birmingham.

The evening and annual conference showcases the ways that colleges are transforming the lives of more than two million people across England and how vital colleges are to the future of the British economy in the 21st century.

News share by Dani on behalf of Isle of Wight College. Ed