Signing to Chess Club Records will give this Isle of Wight band, Coach Party, a platform to go onto do huge things, says manager 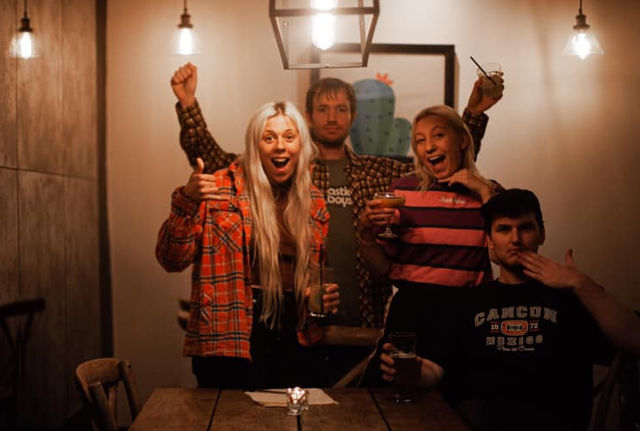 Congratulations are in order for Isle of Wight four-piece indie band, Coach Party, who have just been signed to Chess Club Records.

“We are so proud and excited to say we’ve signed with and Chess Club Records can’t wait to sit among their fantastic roster. Thank you to Will and Pete for your belief in our music!”

The Band: “Can’t wait for the future”
Coach Party went on to add,

“Thank you to our manager, Jonathan Morley, who believed in the music and us from the word go.

“We don’t know how we got so lucky, but we love having you and can’t wait for the future.”

Coach Party expect to drop several singles and an EP in 2020.

Morley: A platform to go on to huge things
Jonathan told OnTheWight,

“Chess Club are such an awesome label and will give them a platform to go on to huge things.

“The band play Neighbourhood Festival in Manchester on Saturday.  There should be news of a hometown show very soon – will be this side of Christmas.”

Or visit their Website where you can buy a Coach Party T-shirt.

Filed under: Island-wide, Isle of Wight News, Music, The Arts