King’s Head squatters leave after reassurances from liquidator and buyer

The purpose of the occupation was to draw attention to protecting the history and heritage of The King’s Head Hotel in Sandown. This appears to have been achieved. Read the full details within 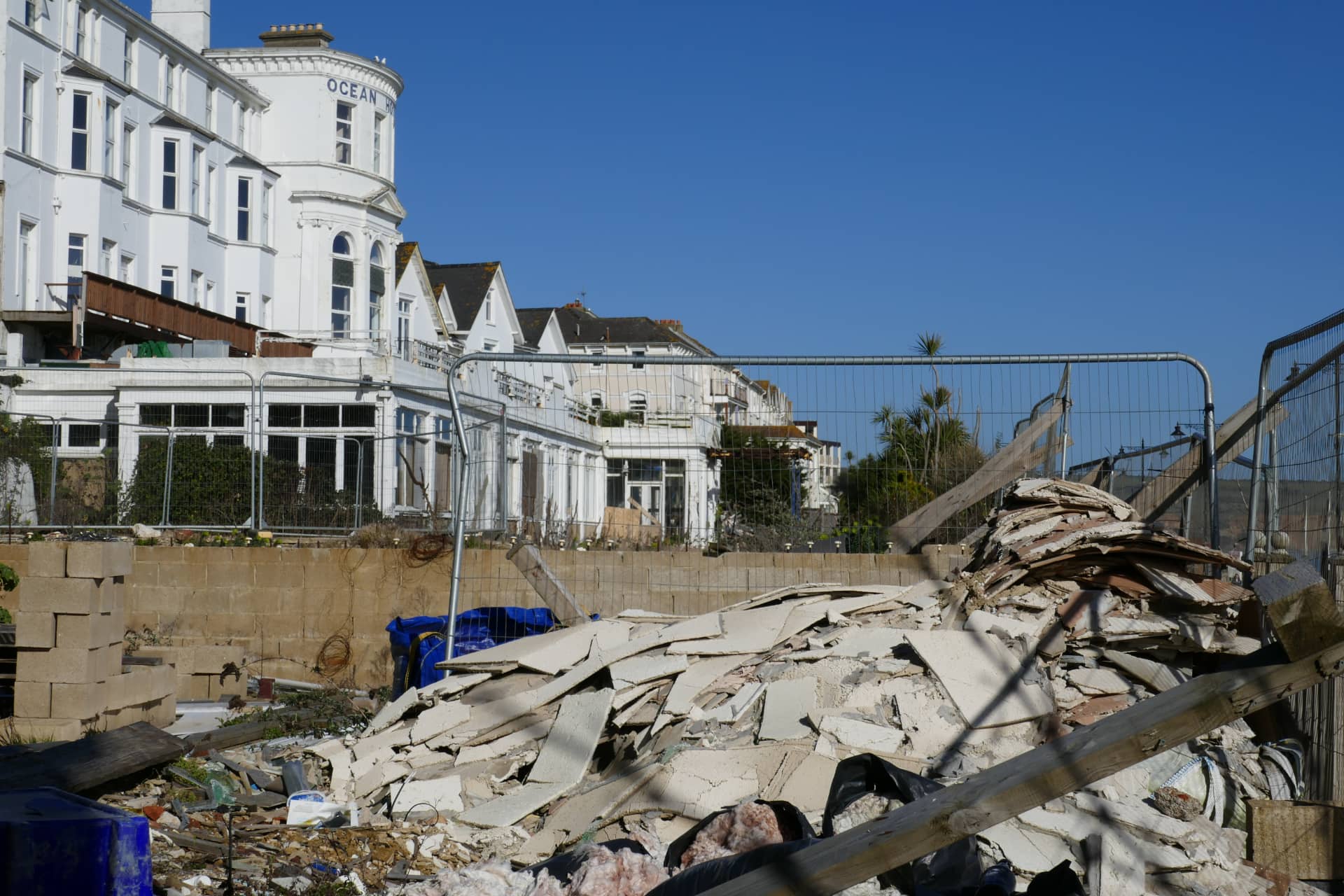 A group of occupiers, squatting The King’s Head section of The Ocean Hotel in Sandown to save it from further destruction, left the property late last night (Wednesday).

After receiving assurances from the liquidators, who in turn have been in talks with the buyer – Phoenix Commercial Asset Management Ltd (PCAM) – the squatters say they have vacated the property.

Constructive discussions
It follows a dialogue via Sandown Hub Facebook page and email between James Haddow of the liquidators, Quantuma Advisory Ltd, and Arron Swaffar of The Nutters Production, who said they would happily leave so long as they received some assurances about the protection of this historic building.

“It’s relieving to hear that PCAM are fully aware of the history of the property and Jim assures us saying that  ‘all parties agree it is not in anyone’s interests that this or any other property be treated the way the Carlauren group managed (or failed to manage) the refurbishment of the properties. Regrettably schemes such as the Carlauren scheme are currently prevalent and the majority of them are simply unsustainable or worse.‘

“So there you have it, not wanting the liquidators to spend money unnecessarily resorting to legal action that could be better spent elsewhere and content with these guarantees, we have vacated the property.”

King’s Head will not be developed
The Nutters Productions say the buyer’s plans for development will not include the King’s Head, only the Ocean Hotel, but they would be very keen to engage with the local community and heritage groups to consider how to best preserve that part of the property too.

Clean up begins very soon
The sale is expected to be completed in the next two to three weeks and the state of the site, it’s been left in a derelict state for years, will be addressed immediately.

The buyer is keen to talk with those that want to assist with a clean-up operation, so if anyone wants to help, please email [email protected] and they’ll will forward your details to the owners via the liquidators.

“Thank you Jim Haddow, and Thank you Sandown, for all your comments and interest. We are happy that the history and the importance of the Kings Head will be saved, its legacy for the town further discussed and to all those that supported us (and those that did not) Thank you.

“This town, this Island, The Victorian Garden Isle, is a part of us all.  Please keep up the history research, stare at old postcards for hours, soak in the detail of the cast iron lampposts, ponder on the steamship journeys that once went from pier to pier, wonder who carved the swirly designs of gabled roofs or whose hands built the old walls.

“Take inspiration, protect the picturesque. It’s your town, build a future rooted in its best past designs. It’s shocking what can be achieved in sitting peacefully in dark corridors for hours and putting up a few posters.

“Some have said we should do this for other historical buildings in the town, I think I’ll leave that for others. As certainly for now I need a good night’s sleep.”

Fantastic news! Well done to Arron and The Nutters Productions for their courage and determination in raising awareness of such an important building in the Island’s heritage being abandoned to the weather, fires and vandals. Thank you for negotiating with the liquidator and buyer to gain assurances that this building will not be sold for development.

Good. It is deeply disturbing that it should even be possible for somebody to consider demolishing a building where Charles Darwin started writing The Origin of Species in 1858.
Instead of demolition, the building should be protected and have a blue plaque.
If anybody’s interested, I suggest reading Janet Browne’s biography – I’ll add a link below.

Janet Browne ‘Charles Darwin: The Power of Place’, the second volume in her two-volume biography.

Your response to the announcement of the occupation and reasons for it was ‘Tosh. Get out’. Now that there’s a positive outcome, it’s a patronising ‘Bless’.

Hello again Tamara. No, you misunderstand again. It’s a sarcastic “Bless”. It comes with the cynical attitude I have to some things…I thought you would have realised that by now. Bl… (patronising)…