Learning Disability Champion, Yvonne Newbold, on the Isle of Wight this week

Learning Disability Champion, Yvonne Newbold, will be on the Isle of Wight in the coming days, raising awareness of the needs of SEND children. 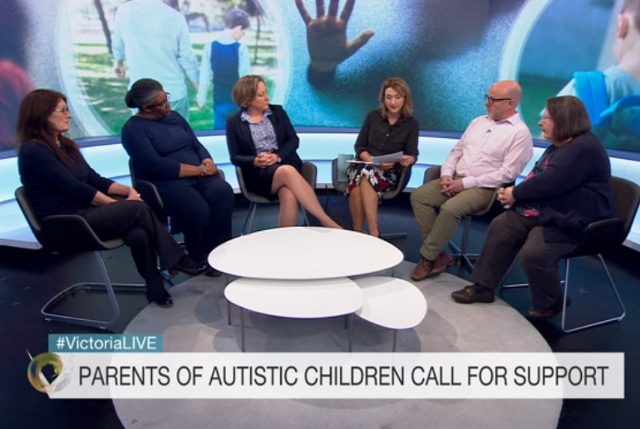 It’s been well reported that the country is experiencing a SEND crisis. Here on the Isle of Wight many children and their families have waited years for an autism diagnosis and subsequent support.

In fact, one Isle of Wight teen has admitted that a decade-long diagnosis battle led to them attempting suicide.

Frontline training
Many Island parents will be encouraged to hear that Learning Disability Champion, Yvonne Newbold, will be on the Isle of Wight in the coming days.

She’ll be delivering training for Parents Voice on Monday and then at various venues in Ryde, Cowes and Newport later in the week with sessions targeted at teaching assistants and support workers who are in the frontline when a meltdown occurs.

Yvonne was involved with the creation of the film with Noel Phillips from the BBC who Yvonne says, “worked tirelessly and incredibly sensitively to give all of our stories a voice and a platform” and took part in a debate.

The programme featured parents of children with a rare form of autism spoke about the lack of support they’ve experienced in dealing with violent outbursts from their children – who can’t control their emotions.

You can watch the two segments on BBC iPlayer – jump to 6.30 mins in for the personal stories and then again to 41.41 mins in to see debate.

In her speech, Yvonne commented upon the high proportion of families (over 10%) from the Isle of Wight who are members of the closed Facebook group Breaking the Silence. Link that to the high numbers of exclusions of SEND pupils in mainstream schools and the fact that the Isle of Wight has a higher proportion of children who are home-schooled than the rest of the country and you start to build a picture.

The training by Yvonne is timely, but many believe much more action is needed from health and education professionals to address the issues children and their families face daily.

This video below of Yvonne’s honest address to the Patients Experience Network is sure to strike a chord with parents of SEND children.

Find out more
Some of Yvonne’s accolades include

Find out more by visiting her Website or blog.

How to book
Anyone interested in attending these free courses should make contact via Yvonne’s booking email: [email protected]

Parents’ Voice is hosting one session for Parents/family/carers only on Monday 19th November in the morning at the Riverside Centre in Newport, with a second session later the same day where both families and professionals are welcome.

On Tuesday 20th November a local primary school is managing its own bookings by invitation only for an after school session.

On Wednesday 21st November another after school session for education front line teaching assistants etc (a few seats are available for this session.)

Thursday 22nd November is the final day with two training sessions: firstly a lunchtime session at the Riverside Centre, Newport for social care/support workers working directly with children with additional needs). A few places are left for this training session.

Lastly, on Thursday 22nd of November there is an after school session for educational frontline workers. Places are available for this session.