Have your binoculars and cameras at the ready on Wednesday as Islanders are expected to be treated to an airshow of military aircraft heading to Portsmouth for D-Day 75 commemorations. 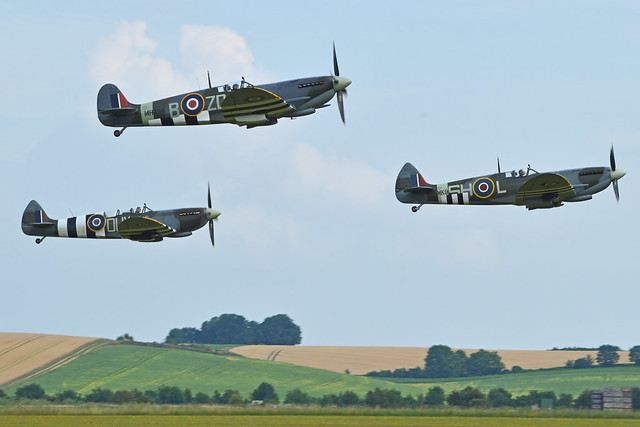 Later this week commemorations will take place in Portsmouth on the 75th anniversary of D-Day, the largest seaborne invasion in history.

President Donald Trump will be among those attending services in Portsmouth on Wednesday (5th June), which includes a large flypast of 26 RAF aircraft.

The Civil Aviation Authority have issued flying restrictions around the Island and in the Solent, and Islanders could be in for a treat on the day as the aircraft passes over and around the Island.

The flypast will form up over the English Channel in the five designated areas and over the Isle of Wight (from 12pm and culminating at 12.45pm over Portsmouth).

They will fly clockwise around the Isle and west to east along The Solent to overfly Southsea Common, before dispersing to the north and east.

Red Arrows
The Red Arrows will be putting on an airshow over Portsmouth and Southsea on Wednesday too, as well as Saturday (8th) for those who miss the display on the 5th.

All welcome to Ventnor service
Later in the day 300 D-Day Veterans onboard the Liner, MV Boudicca, will stand off the coast of Ventnor for a special service delivered by St Alban’s and Churches Together, with the Royal British Legion.

Ventnor would have been the last place in the UK seen by many of the soldiers, sailors and pilots who didn’t return from the D-Day invasion.

The commemorations at Ventnor will give an opportunity on the evening of 5th June 2019 to:

Head to Ventnor seafront on Wednesday for the service between 8.45pm and 9.15pm. Arrive earlier and have dinner in town, or stay afterwards for a drink in one of the pubs or bars.

Thanks to Cllr Ian Bond for the heads-up about the flypast.