Head of legal advised Cllrs Priest and Gilbey to stay away from funding paper, but they didn’t

A leaked set of email exchanges in front of all IWC councillors asks why Cllr Gilbey and Priest involved themselves at all with the Rush Close controversy after Head of Legal had advised not to. The chair of Scrutiny questions the extent of their ‘acquaintanceships’. 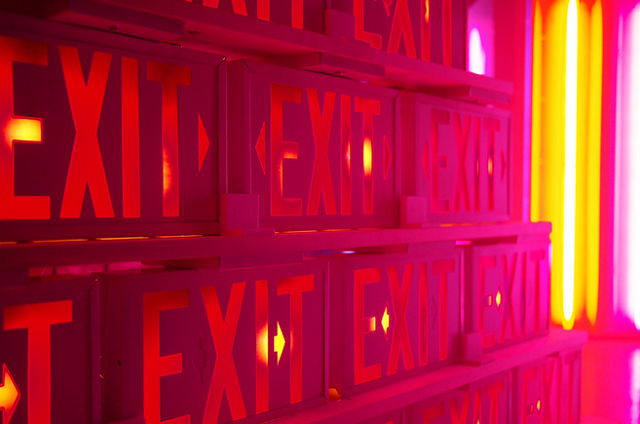 The circumstances surrounding the sacking of Cllr Richard Priest from the Isle of Wight council (IWC) Executive last month continues on.

A series of emails leaked to OnTheWight appear to raise further questions.

On 12th June, the council’s legal officer advised Cllr Priest and Cllr Jon Gilbey via email “not to involve yourself at all in this matter”.

An email from Cllr Priest on 26th August appears to show the two Shanklin councillors did involve themselves – they said they’d “sought to ensure a more complete draft” of the Capital Contingency Fund (CCF) paper.

This a full two and a half months after the original advice to avoid it was given.

Have they breached the code of conduct?
On Friday last week, the chair of Scrutiny Committee, Cllr Geoff Lumley wrote to Cllrs Priest and Gilbey (who resigned from the group of Island Independents when Cllr Priest was removed from the Executive), expressing his concern about information that’d come to light in relation to their involvement with the CCF paper. He told them,

Cllr Lumley went on to say,

“In addition I am now struggling to understand why you now wish to assert your involvement in the Capital Contingency Budget report drafting during August, after the Monitoring Officer has advised you both “not to involve yourself at all in this matter” (on 12.06.14)?

“As Rush Close was a key element in that report, why had you both involved yourself ? If you did involve yourself, surely you have potentially breached the code of conduct?”

What’s the Capital Contingency Fund paper?
For those not up-to-date with what’s been happening, the CCF paper sought approval from the IWC Executive for funding on several projects including Undercliff Drive and Totland seawall.

At an informal meeting that Cllrs Priest and Gilbey chose not to attend, it was agreed by other members of the Executive that from the list of current liabilities, funding would not be allocated to two projects in Shanklin or Cowes Enterprise College, as it was felt more detail on costs and the legal position were needed.

The paper went on to be approved at the September Executive meeting (without the funding approval for the Shanklin items), but then became the subject of a Scrutiny Committee Call-in.

The sequence of events
On 10th June in an email to a senior council officer, Cllr Priest says,

Declaration of Interest – both Jon and I know most/many of the residents of Rush Close (Jon lives nearby), in particular Mr XXXXX (and his brother), and have known them for many years as friends, and recognise that this friendship could be prejudicial;

To protect yourselves from any allegations that you have breached the Code of Conduct in this respect, I would advise you not to involve yourselves at all in this matter.

Jon Gilbey and I, in order to protect the group from potential call-ins and FOI requests, have sought to ensure a more complete draft [of the CCF paper – which included the two Shanklin items] is available for consideration at a future meeting of the executive.

OnTheWight put a question to Richard Priest and Jon Gilbey earlier, asking: Why, when you had been advised by the council’s own legal officer to not involve yourselves at all in this matter, did you seek to have the paper amended to include the Shanklin items?

(At the time of publishing, neither had responded)

Image: totororo under CC BY 2.0

5 Comments on "Head of legal advised Cllrs Priest and Gilbey to stay away from funding paper, but they didn’t"

Oh Priesty, I’m not annoyed…. Just very disappointed! No white suit for you just yet

What does this new revelation mean? Why has such a minor issue been blown out of all proportion?

Vote Up00Vote Down
Robert Jones
I think you’re far from being the only person to be puzzled by all this; and it does seem – so far as Rush Close is concerned – a relatively small matter. No one has suggested that there was any pecuniary interest, which is all to the good; but as to why advice was sought, given, and then (apparently?) ignored – we just don’t have answers. It’s… Read more »
Vote Up00Vote Down
wightwonders
There are two issues here. The politics at play in the independent camp, power struggle, falling out, something along those lines. that could perhaps be put down to internal politics that affects all administrations. The second issue, and far more serious, is the council’s dealing with the Rush Close item. Have a look at the published minutes of the last exec meeting, it tells the problem. The… Read more »
Vote Up00Vote Down
MamaLu
The way I understand it this whole Rush Close issue is actually a landslip in one resident’s garden. So who is responsible? The Council or the owner of the garden? Perhaps this is the legal issue that keeps being referred to as a cause for the delay? Why then the two councillors made such a fuss about this item being removed from a paper, or subsequently not… Read more »
Vote Up00Vote Down