Pupils from Ryde Academy were recently given a tour of the world-class R&D facility at Vestas in Newport. 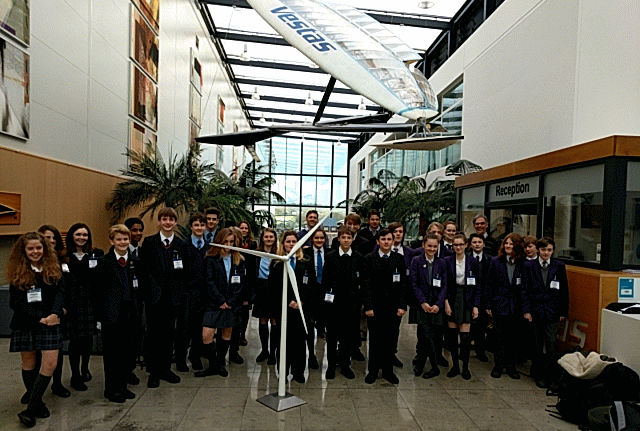 Students from Ryde Academy, were recently invited along, with other schools, to take part in a STEM scheme partnership between Ryde Academy and Vestas.

Vestas hosted the event at their world-class riverside facility in Newport. James Smith and Drake Marks from Vestas spoke to the students about the importance of renewable energy and how rewarding jobs in engineering can be.

Students were given a tour of the facility by staff from Vestas, shown some of the inspirational engineering works and got to look at the 80 metre wind turbine blades close up.

“As a Vestas employee I was encouraged by the renewed focus on engineering in schools and hope to give further assistance by providing examples of the extreme engineering work we conduct.”