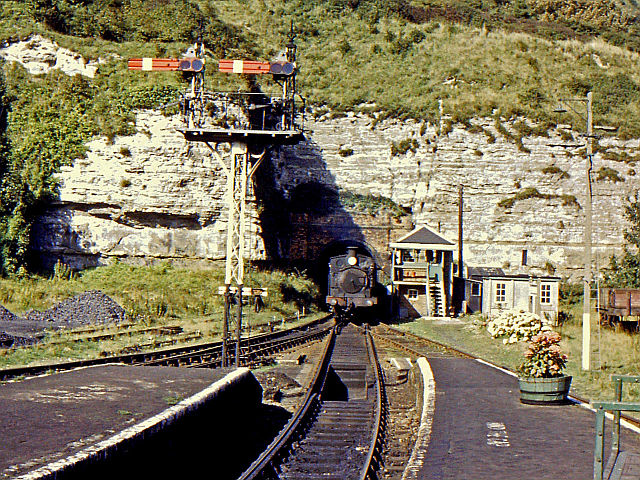 The old railway lines to Ventnor and Newport could be reopened as part of ambitious plans to restore routes lost to the Beeching cuts.

It means the Island will receive a share of £500,000 to develop exciting proposals to reopen lost railway lines, including those closed following the Beeching cuts of the 1960s.

Stewart: Could have transformational impact on public transport provision
Council leader Dave Stewart said it was great news for the Island. He said,

“Once again – working in partnership with our MP – we have been able to convince the government to support us in taking forward plans to enable investment on the Island.

“The potential to have an extended railway service on the Island is very real, and could have a transformational impact on our public transport provision.

“We also welcome the opportunity to explore how a train route into Newport could play an integral role in our plans for the regeneration of Newport Harbour.

“I would like to thank our officers for their tremendous work so far in support of this initiative, and we look forward to working with local stakeholders over the coming months to explore how these plans can be progressed.”

What the bid promotes
The bid, submitted by the Isle of Wight Council and sponsored by Island MP Bob Seely, proposes two potential schemes:

Department for Transport officials will now work with the council to agree the focus of the work and the funding which will be required, and on what timescales.

Seely:
Isle of Wight Conservative MP, Bob Seely, welcomed the possibility of restoring the routes but warned it would not be easy.

“When the rail minister Chris Heaton-Harris visited us on the Island last September, he saw first-hand how our Island community is passionate about not just upgrading our existing route but also seeking to re-open some of the previous routes in the longer-term.

“If we were able to see rail services restored to Newport and Ventnor, these towns (and the surrounding areas) would immediately benefit from improved connectivity. Working with the council and others, I will do all I can to see these aspirations become a reality.

“However, we must also be realistic about the logistical challenges we face in seeing these routes restored.

“My discussions with the steam railway last week confirmed that they will support feasibility studies, which will need to look at how – and if – the existing route between Smallbrook and Wootton could be utilised for public passenger services, alongside its existing use.

“Understandably, the steam railway’s first priority is to ensure the continued operation of their award-winning and popular heritage railway.

“I am very keen to explore how we can continue to progress their plans to return steam trains to Ryde St Johns and – in due course – see them running into Newport as well.

“In addition, there are also some substantial issues which would need to be resolved to enable the return of railway services to Ventnor, but these are not insurmountable.

“It is clear that our vision for the future of railway provision on the Island has convinced the government that these plans merit further consideration, including funding for a feasibility study. We must now rise to this challenge and take these aspirations forward with vigour.”

This news follows the announcement last September that the Island’s existing public passenger route – from Ryde to Shanklin – will receive £26 million of investment, including to provide refurbished rolling stock, a new passing loop at Brading (to provide a half-hourly service) and improvements to track quality.

This investment is now getting underway, with the first of the new rolling stock due to arrive on the Island later this year.

In addition, Network Rail has allocated millions of capital funding to ensure Ryde railway pier is maintained to a high standard, with preparatory works now underway.

Further background
Until the early 1950s, the Island enjoyed a railway network of around 60 route miles. By 1956 the lightly used lines had closed and by winter 1966, only the Ryde to Shanklin route remained operational using ex London Underground tube trains.

The Isle of Wight Steam Railway was formed in the early 1970s on the closed Newport line at Havenstreet and has progressively extended to Wootton and Smallbrook stations.

Sounds great, but the tunnel under the Downs from Wroxall to Ventnor is going to take a bit of sorting out.

It is but hopefully could be done, I think it would bring a substantial change to Ventnor’s fortunes, even though the station site is some way above the town centre.

Burying the pip in the Ventnor tunnel is relatively straightforward.

Moving the housing estates in Wroxall and Newport – Now there’s your problem!

If Seely gets these rail lines reinstated, it will be a B’ miracle.

It’s never going to happen. It’s politicians playing silly games to win votes. £500,000 is peanuts to what the Northern Irish got. All it will do is provide a glossy report from the usual consultants.

Vote Up37-10Vote Down
mittromneylovesiow
I’m not going to say it’ll never happen. I will just mention a few points. Apparently Shanklin to Ryde survived the axe in the 60’s as there weren’t enough buses or drivers to replicate the rail service. Electrification was proposed all the way to Ventnor but there wasn’t the infrastructure to provide a fourth electrical substation to power the third rail – so it survived as the… Read more »
Vote Up23-2Vote Down
Rhos yr Alarch

I think the Steam Railway operated to Wootton from the outset, and later extended to Smallbrook…?

What a great idea and would add huge value to the Island.

Vote Up23-3Vote Down
Rowan
‘It means the Island will receive a share of £500,000 to develop exciting proposals to reopen lost railway lines…’ Great news, but just a feasibility study for now. Can’t see it becoming reality unless they think there’s money in it, especially with the huge cost of the pandemic. But perhaps they’re trying to make sure that Islanders like them, and don’t give even more votes next time… Read more »
Vote Up29-11Vote Down
njb249

“a share of £500,000”, just watch it disappear in “management activities”. It will be another Floating Bridge fiasco.

Vote Up19-4Vote Down
gileseton
Most of the possibilities, difficulties and benefits of extending the Island Line from Shanklin to Ventnor have been discussed, but not all. It has not been mentioned that Vivarail can supply 484 rail units fitted with a battery power option, with a specification which would suit the line (including the Ventnor extension) very well. Removing the need to electrify the line beyond Shanklin, and therefore through the… Read more »
Vote Up14-1Vote Down
Tim

The Councillors really are scraping the barrel now, for anything people might like, to put themselves in a positive light. How many times has this same idea been looked at in the past? Is there an election coming up soon?

Vote Up2-1Vote Down
greenhey
The “£9m a mile” suggested cost is an average and the Wroxall-Ventnor section would be considerably more expensive, to reopen the tunnel and maintain it. And even then it would terminate way above the town. People would find walking back up the hill a big problem, so you would end up with a shuttle bus. And all this time, Ventor has a regular, if long-winded bus service… Read more »
Vote Up3-3Vote Down
eddo

Perhaps it would be better to put the money towards a road bridge over the Solent.