A new DAB radio station with the freedom, spirit and free programming policy inspired by the original Radio Luxembourg in its hey day has been launched, and it covers the Solent and much of the Isle of Wight. 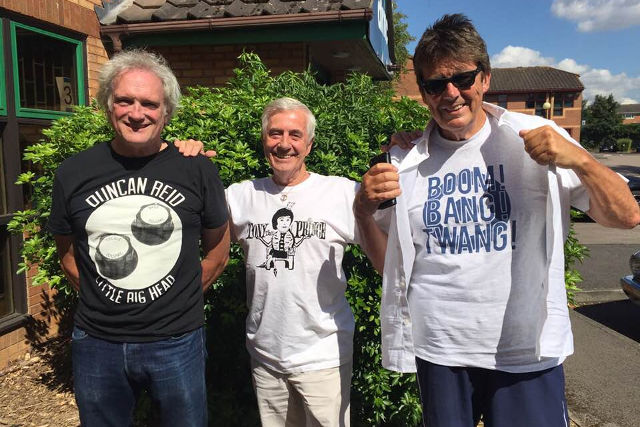 A new DAB radio station for the Solent was launched at the end of last week, with Saturday’s programme being broadcast live from the Isle of Wight.

Their agenda was to launch a truly International digital Radio station, accessible 24 hours a day all around the world, with the freedom, spirit and free programming policy inspired by the original Radio Luxembourg in its hey day.

Broadcast from the Island
Mike Read launched the United DJs channel on DAB in Portsmouth last Friday, and then broadcasted live from the Jack Up The 80s Festival on The Isle Of Wight on Saturday afternoon, playing music and interviews from the acts at the festival.

The United DJs DAB launch covers much of the Isle of Wight and stretches as far as Goodwood on the South Downs, including, Southampton, Portsmouth, Eastleigh, Southsea, Havant, Gosport, Hayling Island.

Recreating the spirit of the Boat That Rocked!
Mike and Tony are also hoping it will be a big hit with the Channel sailors, fishermen and cruise liners.

Many of the stations DJs cut their teeth on Radio Caroline and there’s still fond memories and a big frisson of excitement amongst the United DJs for recreating the spirit of the Boat That Rocked!

Find out more by visiting the United DJs Website.