What not to miss at Ventnor Fringe Festival’s tenth anniversary

There are loads of free things to see and do during the Ventnor Fringe, but in the meantime some ticketed shows are starting to get close to selling out, so here’s a round-up of some of the best shows to see. 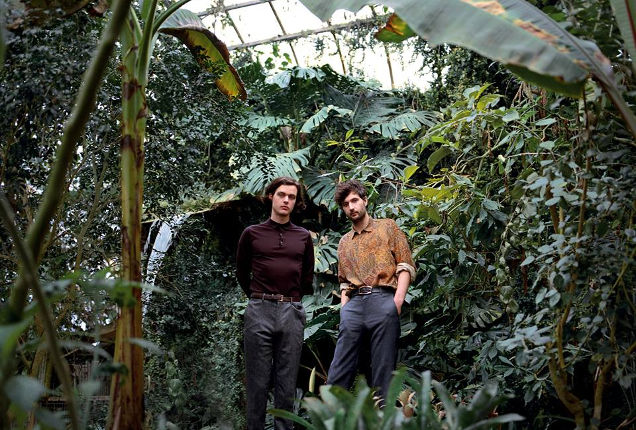 There’s less than a month to go until the return of the brilliant Ventnor Fringe Festival.

Sporting new earlier dates of 23rd-28th July, 2019 will be the tenth anniversary of this now-six day wonderland of pop-up bars and boutique venues, with over 300 artists from across the world heading to Ventnor to perform.

Don’t miss
There are loads of free things to see and do during the Fringe (more on that later), but in the meantime some ticketed shows are starting to get close to selling out, so here’s a round-up of some of the best shows to see.

The Hound of the Baskervilles: The Hit Farce! promises an inventive and hilarious comedy mystery, featuring two fearless actors playing every role in this fast paced farce.

Book now for shows at 7:30pm each night from 24th – 27th July under the canopy of the impressive Magpie venue on Park Avenue, Ventnor.

Individual Medley is a touching and funny cross-cultural coming-of-age memoir at Ventnor Fringe. The show especially resonates with swimmers, people who’ve moved country and 90s kids, but the themes of growing up and learning to be confident in yourself and your body are universal.

Book now for shows on  Friday 26th and Saturday 27th July at 3pm at the Pier Street Playhouse (the Baptist church on Pier Street).

OnTheWight favourites, CHAMPS, will be heading to Harbourside for a now-rare hometown show. Bringing with them their cinematic anthems and beautiful harmonies, this promises to be a show not to miss.

More than 50 per cent of tickets have already sold, so if you want to hear new material from the Niton brothers who recently signed a three-album deal with music giant, BMG, grab your tickets quickly.

Book now for performance at Harbourside (on the seafront) on Saturday 27th July from 7pm or pop into the Ventnor Exchange on Church Street (the old Post Office).

Attention Seeker: is Gerard Harris’ award-winning ADHD show. It’s about what it’s like to drag yourself up on stage when you’re spectacularly shy, nervous, confused and a little bitter when your friend leaves you for dust as they become famous, but really it’s about education, meditation and this rampant plague of distractedness that afflicts us all.

They invite you to eavesdrop on their latest book group meet up, discussing the story of knitwear-clad Jane the eccentric traveller through movement, dialogue and music with the “quirky, glass half-full Parisian vibes of Amelie”.

The Horse Box Theatre Company take you deep into the dark forest with Hansel and Gretel, have you partying like a royal at the Bagwitch’s Revolting Right Royal Knees Up and could help you win big with the silliest game show on planet earth!

David Gibb headlines their epic Fringe Fiesta party and they bring the Island premiere of Renegade Girls – the true story of inspirational women from the Solent. This is one weekend of amazing live theatre and music for children and families.

Book now for any of the six performances taking place over the weekend of 27th-28th July at Parkside location (Ventnor Park).

Details of all shows taking place as part of Ventnor Fringe Festival 2019 can be found on their newly refurbed mobile-friendly Website.