Be the first to see Doug from Plastic Mermaids’ new video

Sit back and enjoy eight minutes of musical beauty, composed and performed by Isle of Wight musician, Doug Richards from Plastic Mermaids. 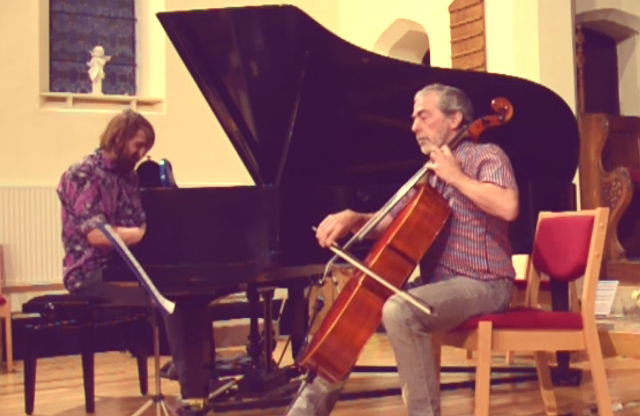 If you were lucky enough to have tickets for ‘Piano Music Etc Etc’ at the Ventnor Fringe Festival earlier this month, it looks as though you were treated to an evening of superb concert piano pieces.

Douglas Richard, the singer and pianist of Isle of Wight five-piece band, Plastic Mermaids, played an instrumental concert of piano pieces written by him over the last couple of years.

It features Doug on piano, accompanied by Bonchurch musician and teacher, James Halsey, on cello.

It’s a beautiful piece and illustrates how Doug’s talents are not confined simply to popular music.

Destined for great things
As we’ve said before, we believe Doug has the makings of a magnificent sound-track composer.

We hope in years to come to see his name on the credits of Oscar-winning films.

Filed under: Music, The Arts, Ventnor