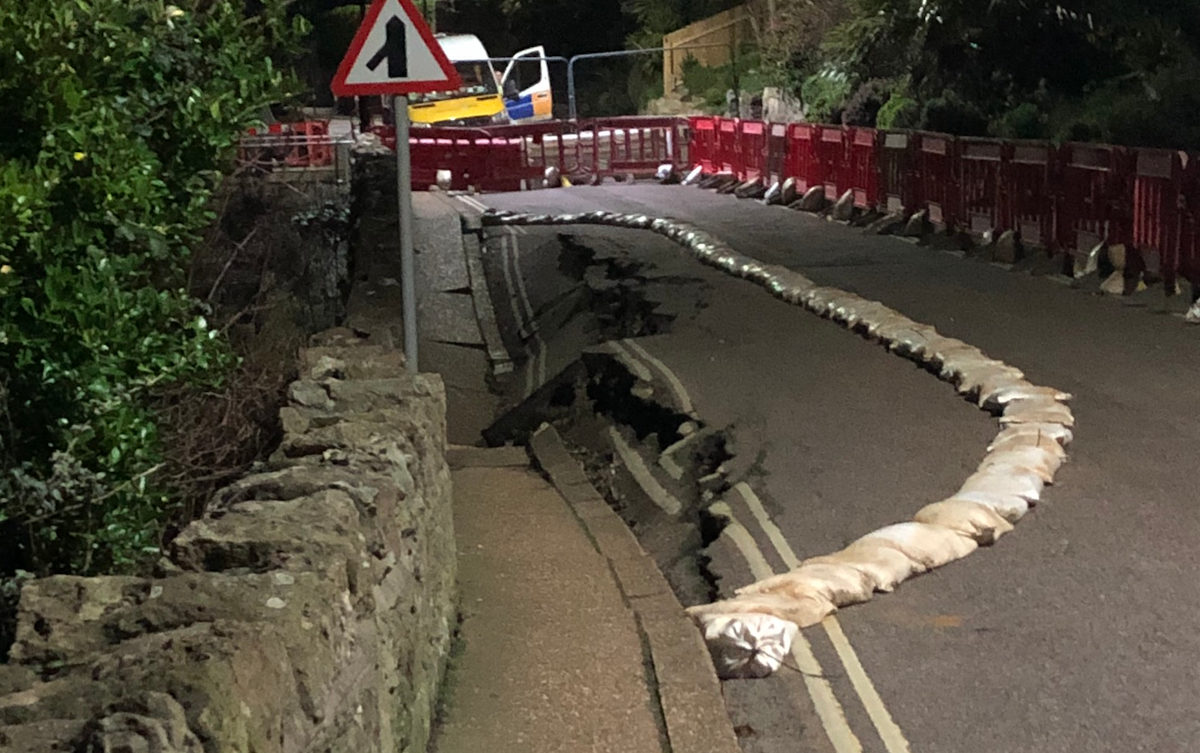 Following further movement in the Belgrave Road landslip, Island Roads have now closed a section of the road to pedestrians as well as vehicles.

Steel fencing has been placed at either side of the movement and Island Roads staff remain on site monitoring the situation in Ventnor.

A spokesperson for Island Roads said,

“In response to both continued movement of the wall and because people have entered the site over the weekend, we are today reinforcing the road closure by erecting steel fencing.

“This measure will also offer properties below [Esplanade Road] some additional protection from falling debris.”

Evacuation advised
Island Roads also say they have advised the council to make arrangements for the evacuation of an occupied property that could be affected.

“With the Isle of Wight Council, we will take whatever measures are necessary in the interests of public safety as the wall remains in danger of further collapse.”

They finished by saying,

“In the interest of safety, we would ask members of the public to respect the road closure in place.”

Hello – for those who are new to the Island and might want to avoid any delays, which town is this incident in please? I don’t think recent articles have mentioned this. Thank you.

Ventnor – landslip capital of the Isle of Wight.

I’m sorry, but closing the road completely to pedestrians is just plain daft. There is plenty of room on the other side of the road – well away from the slippage. Eventually all roads in Ventnor willl be closed . . .

Once the material really starts tumbling down the hill, my guess is that the ground behind it will also be at risk. Such a pity thia waas not picked up earlier. Presumably the combined bureaucracy of the local authority can only treat all cracks as equal, and equally worthy to be ignored, regardless of location and geology…

Both the previous articles mentioned Ventnor, but I have added above as well to avoid confusion.