Bob Seely ‘interested in standing’ as Isle of Wight MP

Isle of Wight councillor, Bob Seely, reveals through OnTheWight that he would be interested in standing for the MP role – with caveats. He’s run before, in Nottinghamshire and got close. 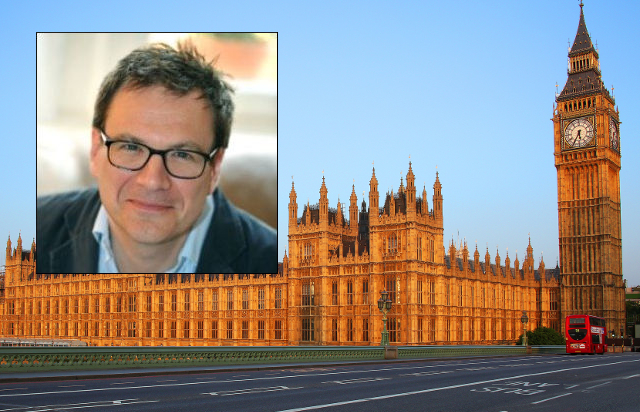 Isle of Wight councillor for Central Wight, Cllr Bob Seely, has confirmed through OnTheWight that he would be ‘interested in standing’ for the role of Isle of Wight Member of Parliament (MP).

He’s not trying to elbow Andrew Turner aside, but rather if a vacancy comes up, either if the current MP stands down, or when a second seat become available.

OnTheWight
Following Jonathan Bacon’s open letter to Cllr Seely, OnTheWight emailed Bob asking whether he was considering standing as a candidate for the role.

He’d previously been shy in answering when we’d asked before, but now Cllr Seely has chosen to reveal it instead through OnTheWight in a comment he left on an article:

“First, becoming the MP. Yes, like, many others, I would be interested in standing if there is a vacancy.

“If there is a vacancy/vacancies, there will be many people standing, including very probably some MPs from the mainland.

“If all I wanted to do was to be an MP I would have applied for the many mainland seats which came up at the last election. I didn’t. The reason I didn’t is because I love the Island and I want to see it prosper.”

He’s been a spin doctor for the Tories (2) and a member of the PR team at music channel MTV. Not to mention serving in Iraq in the Territorial Army.

“Robert Seely is a PhD candidate at King’s College, London(3) and is a Research Associate at the Changing Character of War Programme, Oxford University.

“His area of study is non-conventional warfare.”

Image: tomsaint under CC BY 2.0

newest oldest most voted
VentnorLad
“Non-conventional warfare”. That’s quite a narrow field, isn’t it? In the last few decades, the types of warfare we thought of as non-conventional have become the new convention. Asymmetrical, insurgency based conflict and cyber-warfare might have been considered non-conventional a few years ago, but are now part of the public consciousness. Even the “three block war” is not an alien concept to those with even a passing… Read more »
Vote Up00Vote Down
retired hack
Now here’s an odd thing. The full quote from Cllr Seely in his comment yesterday was: “First, becoming the MP. Yes, like, many others, I would be interested in standing if there is a vacancy. There isn’t so the issue isn’t irrelevant. Therefore I support the work that Andrew does…” (etc). I think he means “relevant” rather than “irrelevant” but we’ll allow him that, given his prior… Read more »
Vote Up00Vote Down
Ear to the Ground
Retired Hack is right that Andrew Turner was only reselected by one vote. However what swung it for him was there were several people at the meeting who wanted to see the back of him but felt that just 4 months before the election it was too late to vote him out and therefore reluctantly supported him. Turner himself did all he could to delay his reselection… Read more »
Vote Up00Vote Down
Luisa Hillard

If we have to suffer another Conservative MP let’s at least get someone effective. There’s only one Conservative in the Council with enough ability and that’s Stuart Hutchinson.

Vote Up00Vote Down
VentnorLad
We don’t “have to suffer another Conservative MP”. As constituents we can choose not to. But we have to be presented with a credible alternative. If those on the Island with political aspirations give us a candidate we can back, there are many thousands of us ready and willing to support you. I might even suggest that you get together to consider a unity candidate to stand… Read more »
Vote Up00Vote Down
Luisa Hillard

I agree that we need a unity candidate. I’ve been saying so for a while. However, I’m not used to being on the winning side of elections. Just once in 20 years of voting.

Vote Up00Vote Down
Unity (not Mitford)

Perhaps the problem in getting your pleas for a unity candidate heard Luisa is that it always rather sounds like you think that candidate should be you?

Assuming that we wait until 2020 for an election (although I’d think May fancies her chances of a clean sweep next year and bookies offering 9/4 on it) the Island would have two new constituencies, this would make Turner (if he decided to) have to apply to one of these. So both Turner and Seely could stand as candidates.

Yjc two more great candidates for MP Councillors Whitehouse and Hollis they would be really good everyone loves them such nice people.

Vote Up00Vote Down
Ear to the ground

AT will run again, and win. He didn’t promise not to, he merely suggested this term may be his last hurrah. I think even with two seats, Councillor Seely and ex councillor Pugh stand little chance of selection let alone election.

Vote Up00Vote Down
sam salt
Sometime ago I had lunch with a certain “Lady” who after a couple of glasses told me that Bob Seely was already the preferred candidate to take over from the woeful Andrew. We should think hard before voting for Bob. He has no idea whatsoever about Islander’s wants or needs and like Whitehouse full of talk and no action. I could say he is a clone of… Read more »
Vote Up00Vote Down
nico

It would be nice to get MPs who set the pulse racing with their dynamism.

I find that reading Bob Seely on here has the opposite effect on me.

Vote Up00Vote Down
Don Smith
Back in 2005, he stood as the Conservative candidate in Broxtowe, Nottingham, coming very close to winning the race with 37.2% of the votes (18,161) – just 2,296 behind the Labour candidate. He’s been a spin doctor for the Tories and a member of the PR team at music channel MTV. Not to mention serving in Iraq in the Territorial Army. Bob’s currently doing a PhD at… Read more »
Vote Up00Vote Down