Our thoughts are with family and friends of the man whose body was found in Newtown Creek this morning. 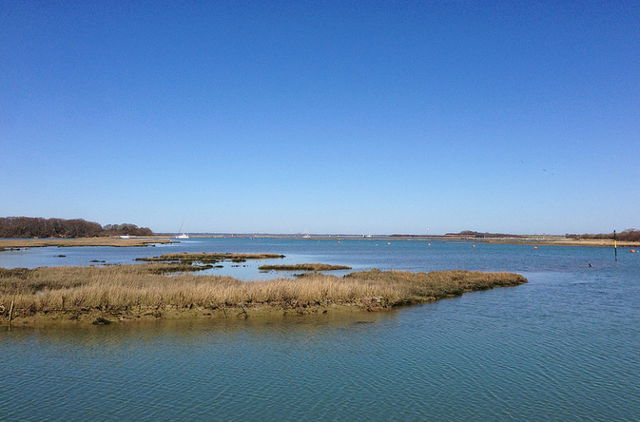 Search and rescue teams, the Coastguard and lifeboats were all involved in the search for a missing kayaker yesterday (Saturday).

54-year-old Stephen Taylor, an experienced kayaker from Gosport, had been kayaking in the Solent, but when he failed to return in the evening, the alarm was raised.

Shoreline searches, as well as the Coastguard helicopter searching along the coastline and out into the Solent took place, along with assistance from Lifeboats and an appeal to all shipping, requesting that they keep a sharp lookout for the kayak and missing person.

Sadly however, a man’s body was found this morning at Newtown Creek.

“Police assisting in the search for missing kayaker, 54-year-old Stephen Taylor, can confirm a body has been located.

“Mr Taylor’s family have been notified and are being supported by officers. Formal identification procedures have not yet taken place.”

Our sincerest thoughts are with Mr Taylor’s family, friends and colleagues.

We are now in a position to release the name of the man who’s body was found in the Solent, close to the Isle of Wight.

He is Stephen Taylor, aged 54 from Newbroke Road, Gosport.

His family has today released a short statement:

They said: “The family would like to thank all the emergency services, including volunteer search agencies and the RNLI lifeboats for their efforts in trying to find Stephen.

The death is not being treated as suspicious and a file is being prepared for the coroner.