An operation to shift food donated by Tesco and Sainsbury’s to Isle of Wight Foodbank has been made possible thanks to British Gas staff, with some help from Hitachi and Red Funnel. Well done to all involved 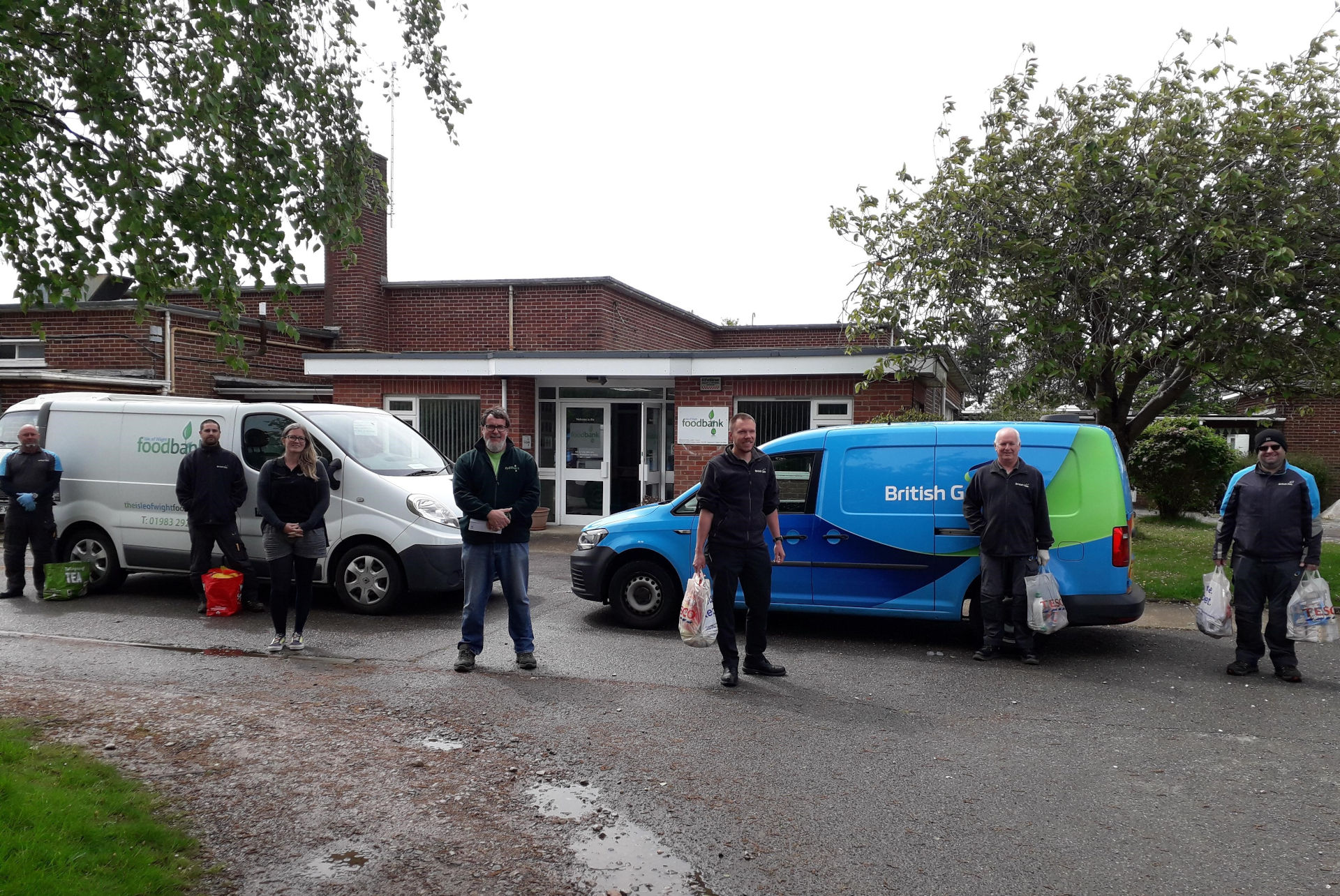 A few weeks ago Tesco donated £15m of food and supplies nationally to the Trussell Trust (who operate foodbanks around the UK).

However, the Trust were having problems getting the food distributed to their foodbanks, so British Gas stepped in and, with its large logistical capabilities, offered vehicles and drivers to help move the food around the country.

Staff volunteer their time
Many employees across British Gas have volunteered their time to help collect and deliver supplies and food parcels. Here on the Isle of Wight efforts have been co-ordinated by Paul Richards.

News OnTheWight spoke with Paul this morning (Friday) about the partnership. He’s the lead for the Southampton distribution centre and responsible, not just for organising the Isle of Wight deliveries, but also for 14 other foodbank centres, including Bournemouth, Farnborough, Basingstoke, Portsmouth and Southampton.

He explained that the vehicle leasing business that British Gas uses, Hitachi, offered vans for them to use that were empty (with no racking).

“It was during helping to unload the Island’s deliveries and meeting Hannah and other foodbank volunteers that I thought we as a British Gas team on the Island may be able to contribute to help the foodbank and wider community.”

Sainsbury’s step in too
British Gas staff pictured above (Alex Elliott, Paul Courage, Nick Shelley and Roger Sancho) have also helped by picking up four loads (£1,600 worth) of food from Sainsbury’s and delivering it to the Fodbank depot in Cowes.

Well done to all involved. These supplies are vital now more than ever due to the impact of Coronavirus (Covid-19) lockdown.

Well done British Gas and all the guys helping people who are in need.

Vote Up130Vote Down
Steve Goodman
I’m reminded that fat cat Tesco bosses think that people needing donations include themselves and their shareholders. This month’s news includes reports of the chief executive’s latest pay package being worth about £6.5 million, including a bonus of about £1.5 million he would not have been entitled to without his remuneration committee friends changing the rules so he could collect. His basic salary is over 350 times… Read more »
Vote Up9-5Vote Down
Steve Goodman

Since posting this I’ve been contacted by some incredulous individuals who didn’t see the reports I remembered from reliable places like Private Eye and the Guardian. During the resulting conversations I also remembered the earlier 2008 reports of Tesco’s elaborate offshore corporation tax avoidance schemes.