Listen and read how Isle of Wight artist Guido Oakley had the honour of working with F1 Racing driver David Coulthard’s helmet (used in an actual F1 GP) to produce stunning works of art, sold at Monte Carlo auctions. 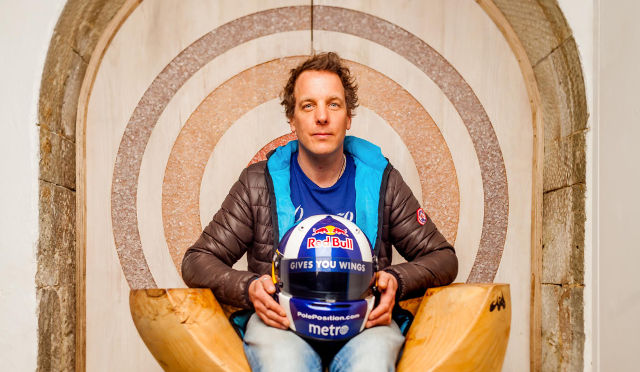 There are quite a few people on the Isle of Wight doing incredible things on the Global stage.

You often don’t get to hear about them as they just get on with what they do, but this time we were lucky enough to catch Isle of Wight artist Guido Oakley before he started a major and ambitious project.

Guido works in many different mediums and his artworks have previously raised tens of thousands of pounds for charities and they continue to do so.

Irreplaceable part of F1 history
With his latest project he’s been given the responsibility of handling something that cannot be replaced – the crash helmet that David Coulthard used in a Formula 1 race.

It’s all part of the continuing work that Guido is doing with the Amber Foundation – the charity that helps young people from the UK who have, through circumstance, lost their way, giving them a second chance, by providing accommodation for up to two years, while teaching them life skills and helping them rebuild their lives.

The link with F1? It’s one of the charities that ex-F1 team owner Eddie Jordan and his wife Marie supports.

The plan
Gudio’s concept was to take a cast of the Coulthard helmet and produce a limited number of sculptures from it – to be auctioned off for charity at the Amber Lounge in Monaco.

Guido has done much work with human forms and crystals, setting them in resin. It’s a skilled process that requires frequent attention for long periods, depriving him from consistent sleep.

The fantastic photos
We were delighted that the great photographer Julian Winslow didn’t take much persuading to come along and work his magic – shooting not only an amazing portrait of Guido, but the other great shots of around Guido’s studio.

They’re all shown, in HD resolution (click on them to see the larger version), below.

The set of four snaps at the bottom of the page of the Coulthard helmet were grabbed by OnTheWight on a smartphone.

Listen to the podcast
Our podcast was recorded back in mid-April when Guido had just received the Coulthard helmet, before the process begun.

The helmet has subsequently been returned to David Coulthard and the sculptures have been created – we plan to bring detail of that to you later.

We talk to Guido about:- 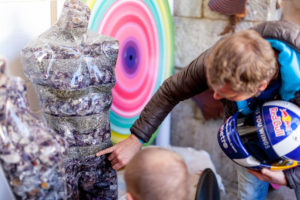 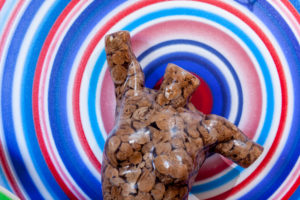 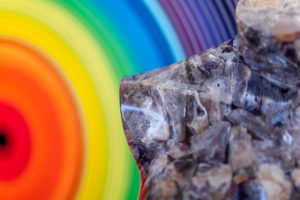 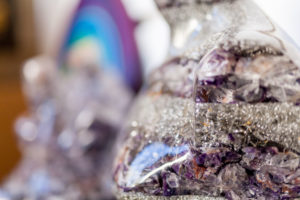 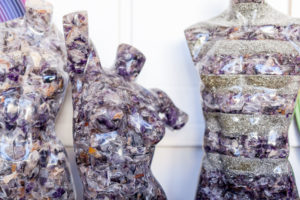 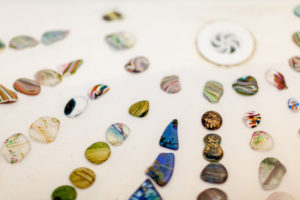 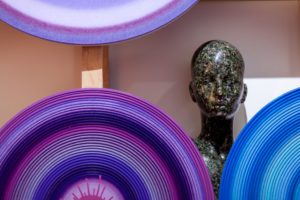 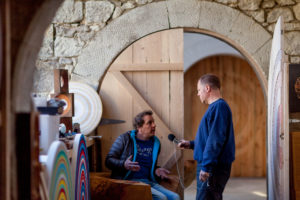 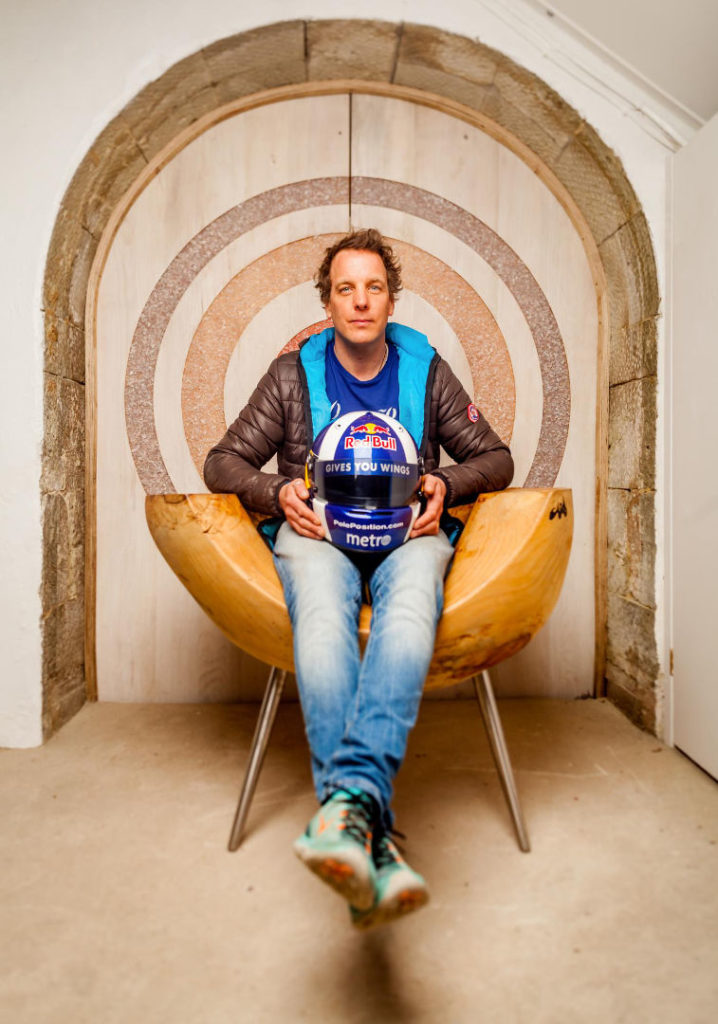 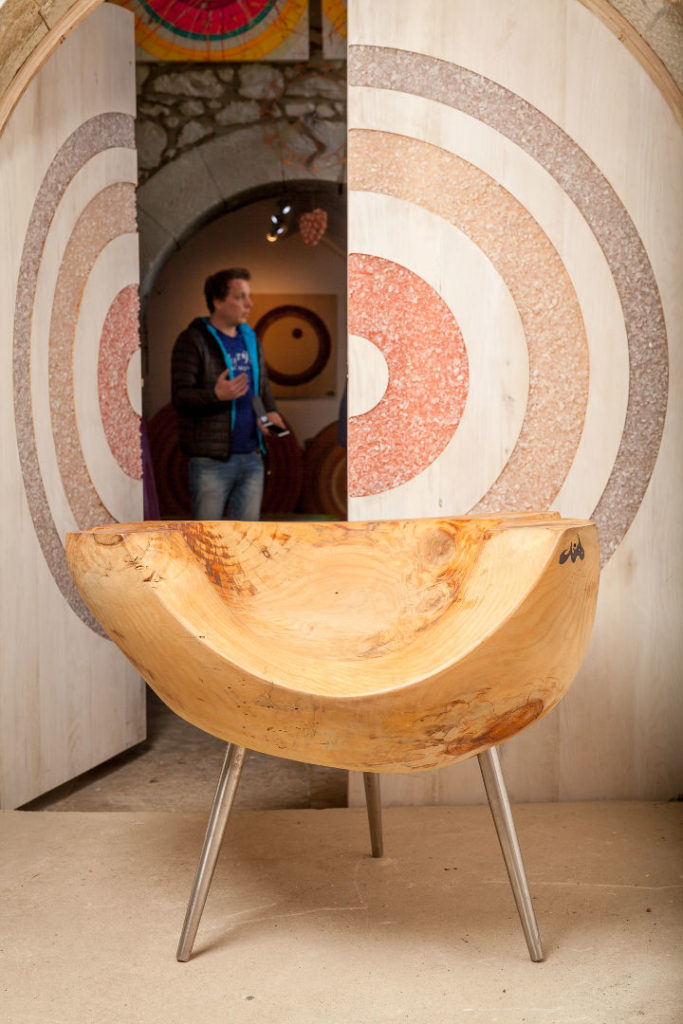 The Coulthard Helmet
(click on them to see the larger version) 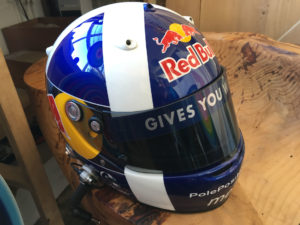 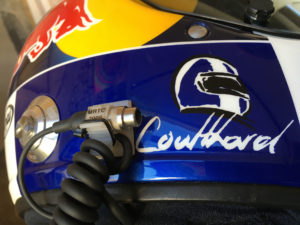 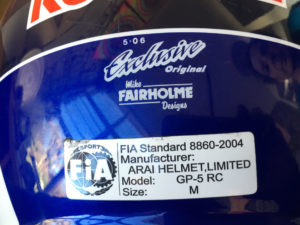 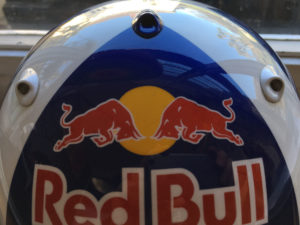