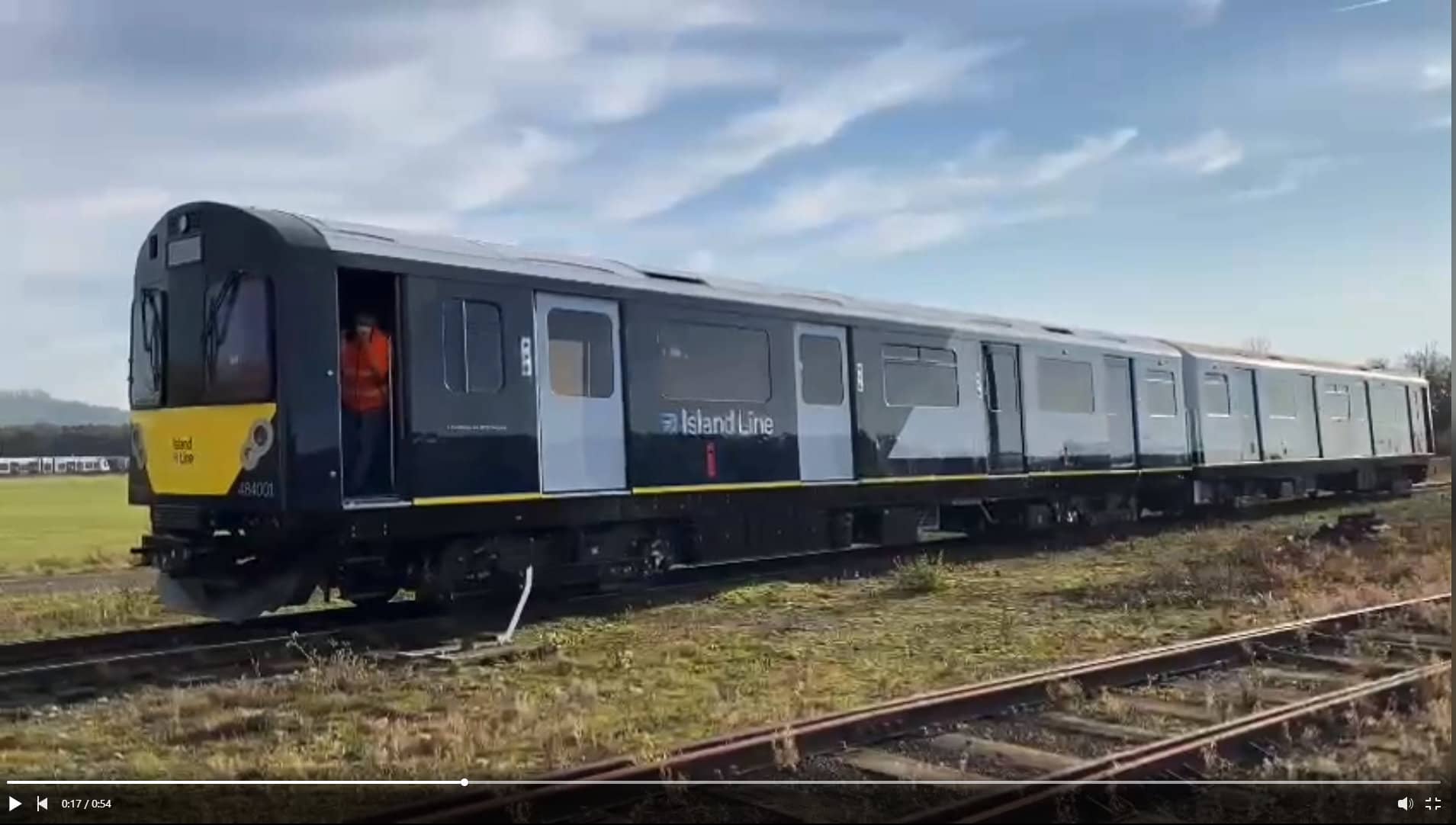 The introduction of the new Island Line trains is drawing closer, with video footage released last week showing one of the new trains being tested on the track in Worcestershire (see below).

Footage of new train
Mark Hopwood, Interim Managing Director at South Western Railways, posted this short video below of one of the new Island Line Trains.

“Meanwhile in deepest Worcestershire we are using fork lift truck batteries as an innovative way to test our new Isle of Wight Island Line trains. Great to see and hope to have them on the Island soon …. “

Service suspended during tack work
A reminder that to prepare the track for the new trains, there’ll be no service on Island Line between 4th January until 31 March 2021, whilst work is carried out.

Great video! Good to see this project coming together with some genuine tangible investment in the Island’s infrastucture.

Nice looking units,then they were’nt bad to start with.
Lets hope they have a boat to connect with when they get to the Pierhead.

Why does it need a JCB battery? Because when the firsts one is delivered to the siding at Sandown, it will power itself onto the ‘main line’ from where it can use the 3rd rail. Not that I’ve been ever so slightly involved here………

Vote Up20-3Vote Down
smallbrookjunction1
Regarding the battery’s I understand the test track has no third rail pick up so the train is unable to move unless there is a alternative power supply. They will be fine once they arrive on the island. The three month shutdown of the route is due to track and platform alterations that have to be completed including relaying a new passing loop at Brading to allow… Read more »
Vote Up16-2Vote Down
Freddie

I see the track will be out of action for three months in 2021, so when will we have a railway that is operational 7 days a week? No trains until March?

Presumably not until 31st March 2021 I would have thought. Looks like they chose not to re-open the following day too, otherwise there may have been a few jokes.

because the lockdown will not end until the end of March.