Island Roads say the challenge of the scheme has been to devise an engineering solution that prolongs the life of this important section of the Island’s infrastructure, but does so in a way that respects the unique environmental and geological characteristics of the site 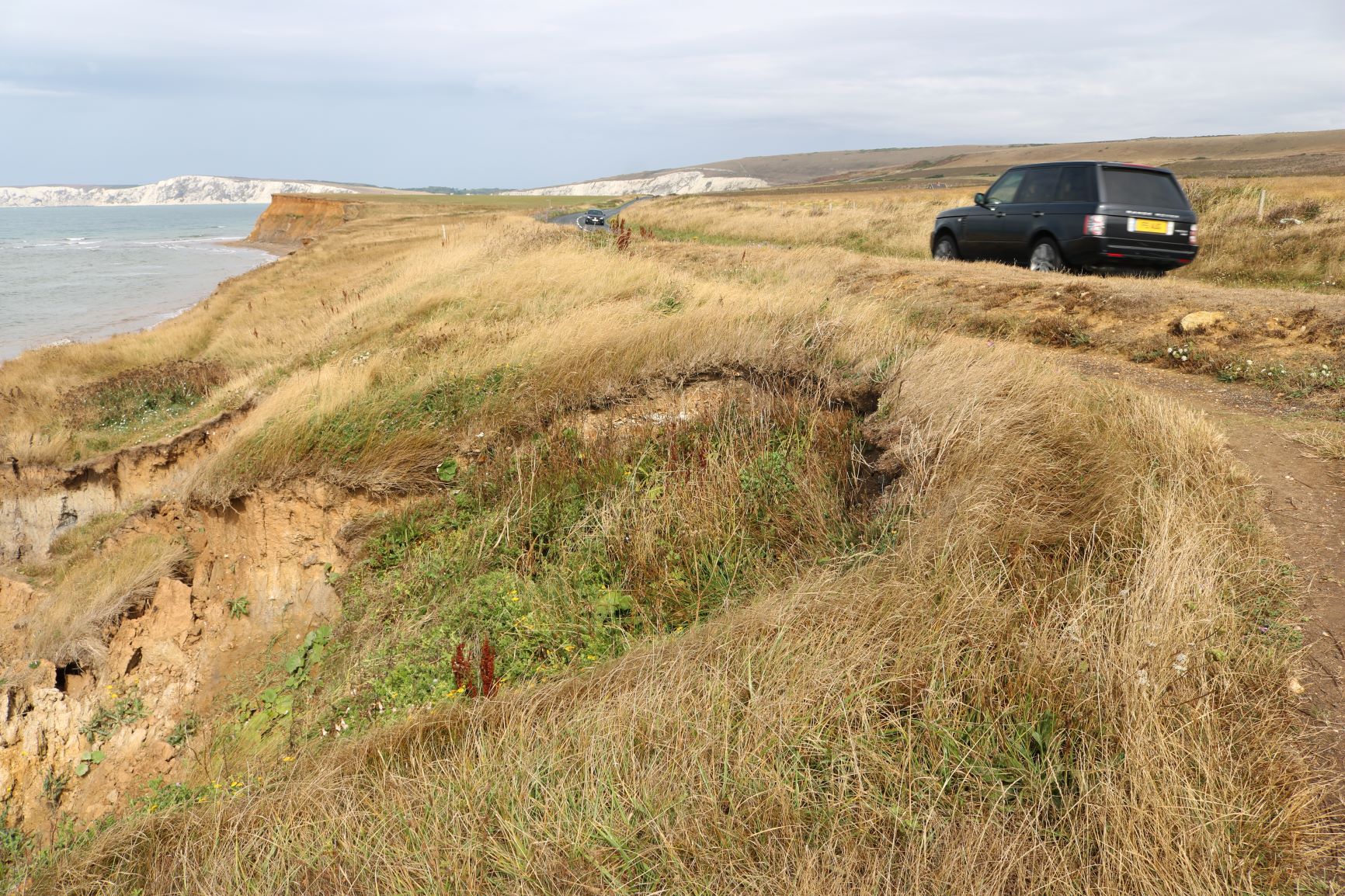 Plans for an engineering scheme to prolong the life of an erosion-threatened section of the Military Road at Brook have been submitted by Island Roads.

The proposal, submitted to the Isle of Wight Council, seeks to protect a 25-metre section of the Military Road that, due to ongoing erosion, is now just metres from the cliff edge.

Unobtrusive solution
The solution proposed by Island Roads would not only extend the life of the section, it would do so in a way that is visually unobtrusive, give due regard to environmental considerations and which would allow natural erosion processes to continue.

As such, an Environmental Statement has been submitted as part of the planning process.

Piles not visible for up to ten years
In simple terms, the plan is to install piles under the south side of the carriageway to isolate the road from ongoing coastal erosion. The piles would be buried so would not initially be seen from either ground level or from the beach/sea below.

It is anticipated that it would be between five and ten years before the piles becomes visible from the beach as a result of erosion.

At the same time the scheme will extend the life of the road therefore preserving this important transport link for residents and visitors, between the south and west of the Island.

Such schemes already delivered include Bouldnor Road at Yarmouth and at Newport Road (The Graben) in Ventnor.

“The challenge of the Brook scheme has been to devise an engineering solution that prolongs the life of this important section of the Island’s infrastructure but does so in a way that respects the unique environmental and geological characteristics of the site.

“We have looked at several solutions and the advantages and disadvantages of each, and we believe the current project is the best option in terms of protecting the section in a fully sustainable way.”

It is hoped that, subject to planning permission being granted, work on the eight-week project could begin in October, outside the main holiday season.

Undercliff Drive all over again to avoid future liability and cost for the PFI. Would not let them near anything like this .

This sounds similar to some work that was carried out a few years ago on a section further west. The intention being that the piles carry the road even if the surrounding ground has gone. Whilst I don’t think it has ever been tested to its limits, it seems a successful and tidy way of sorting out a potential problem.