The wet weather had a massive impact on the ground, which resulted in very wet and slippery conditions for the riders taking part in the Isle of Wight Motorcycle Club’s Spring Cup Trial. 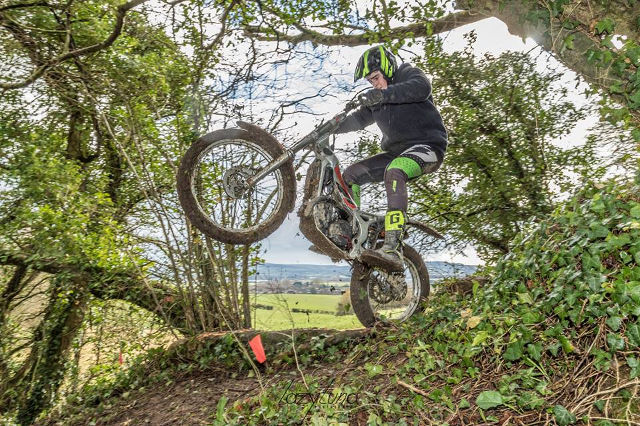 Wayne shares this latest news on behalf of The Isle of Wight Motorcycle Club. Ed

The Isle of Wight Motorcycle Club held the Spring Cup Trial on Sunday 10th February at Arreton Down, courtesy of A Brown Farms. The Club would like to thank the Brown Family very much for allowing us the use of this top venue – which is only accessible for a few weeks of the year.

The eight section lap was set out by Geoff Taylor, Michael Brown and Dan Locke – who produced some great sections. Unfortunately the ridiculous amount of rainfall during Friday (storm Erik) and further persistent rain during Saturday night, into the early hours of Sunday morning inevitably took its toll.

Some changes were made, but the weather did have a massive impact on the ground which resulted in very wet and slippery conditions – leading to scores that the current England cricket team would envy!

Extra thanks
Despite the tricky ground, and once the riders accepted the difficult conditions, most went on to have a great afternoon out on their bikes.

Our thanks also go to the Observers who gave up their time to stand out in the bitterly cold wind along with Club Photographer; Viki Taylor for capturing all the action with her excellent camera skills.

2018 Southern Centre ACU Solo Star Champions
Once again we would like to congratulate three of our Club riders for their superb efforts in the 2018 Southern Centre ACU Solo Star Championship; Rob Howard, winner of the Expert Class; James Stay (pictured below), winner of the Clubman (Intermediate) class and Rob Baker who finished a very close second in the Novice class. 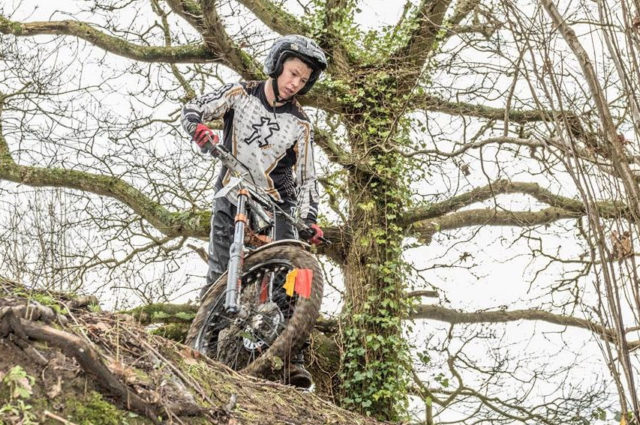 The lads travelled across to The Roddington Forge, West End, Southampton on Saturday evening for the Centre Awards presentations, hosted by Waltham Chase MCC.

Club Expert class
James Stay’s good form continues into 2019 in the Club Expert class. Despite the lack of competition he managed to complete the trial with a loss of just thirty-eight, this represents an excellent score in testing conditions and testament to just how much an improved rider he is from this time last year.

Intermediate class
Meanwhile the very well contested Intermediate class was won by Ben Read who finished nine ahead of Ben Brodie in second. Rob Baker should be very pleased with his third place, only two more marks adrift following an excellent clean on the tricky hill climb at section four. 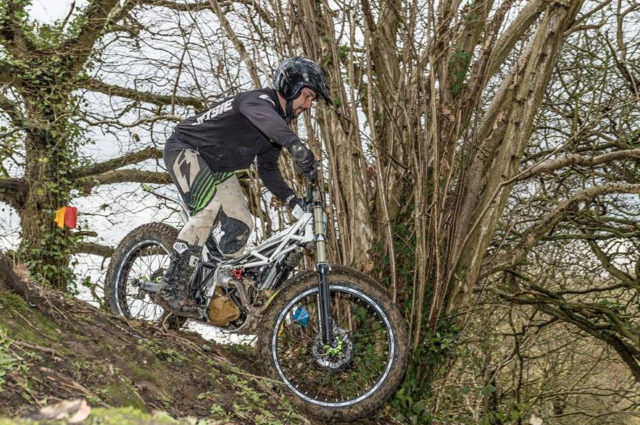 Novice class
Joe Taylor proved to be the only finisher in the Novices. Joe’s determination to keep going was rewarded with another ten Championship points, and for the second consecutive trial, he equalled the score of Twin Shock stalwart Nick Symes.

Nick did struggle on the slippery Arreton Downs and finished with a total of fifty-nine – probably what he would normally expect to loose over an entire season!

Sidecar no go
Martin Moore, partnered by new member; Liz Wild brought their sidecar outfit intending to have a go at the trial but the ground conditions were most definitely against the sidecar, they decided instead to get some practice in to iron out some reliability issues.

We look forward to seeing them taking on some of the D route sections at a more suitable venue very soon.

Youth riders
Two Youth riders braved the testing conditions this afternoon, Alfie Haydon Youth Intermediate and Dan Locke (Youth Beginner – pictured at very top) Alfie’s riding continues to improve with every outing and this was no exception finishing on a very respectable fifty-one for another ten Championship points.

Dan was going fairly well too for the first three laps – however the heavy downpour between laps three and four worsened the ground even more to cost him dearly. Very good effort none the less.

Sportsman class
Geoff Taylor once again proved to be the pick of the bunch in the Sportsman class. Riding on the C route, he went on to complete the trial with the lowest total of the day, just twenty-three dropped marks. 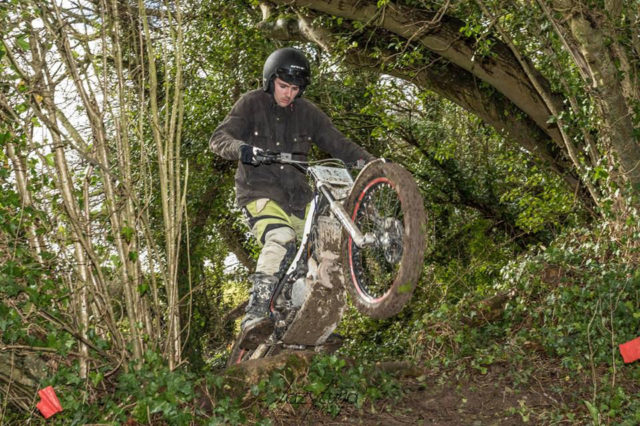 Excellent effort in the conditions. Alex Conrad (pictured above) in only his second trial decided to ride a mix of the B and C routes and despite the slippery ground he seemed to thoroughly enjoy himself.

It was really good to see Michael Brown (pictured below) back riding with the Club after a bit of a break. He also gave up his time to help set out the trial – top stuff Michael. 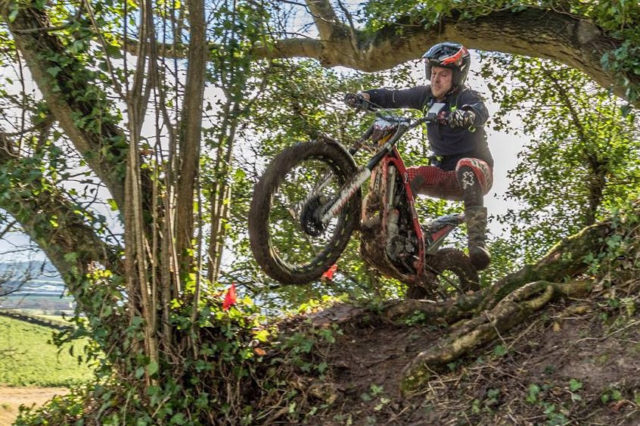 Full results
The full results are available from the Club Website. The Club next get together for a social evening on Saturday February 16th for the Annual Awards Dinner and Dance – where all the Awards earned during 2018 will be presented: 6.30pm at the Newclose Cricket Ground, Newport.

There is a strict limit of 150 and an equally strict closing date (Friday 19th April) These apply to everyone, including IOWMCC members! – If you are intending to take part then please get your paperwork sent in sooner rather than later – or risk disappointment.

Next meet
The next Club trial will take place on Sunday 3rd March, The Novice and Expert Cup. The usual start time of 12 noon applies, signing on from 11am.

The venue is still to be confirmed so please keep an eye on the Club Website where all the details will be published once finalised.