Island Labour say you can see how little money is circulating on the Isle of Wight by looking at empty units on high streets, or shocking numbers forced to use food banks 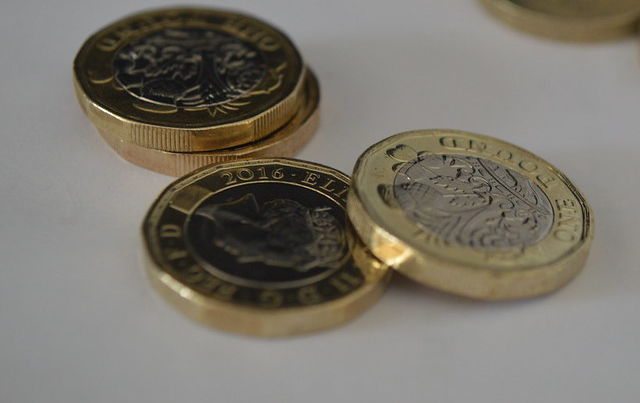 The news below shared by Julian Critchley on behalf of Island Labour. Ed

Figures released today (Monday) show that the Isle of Wight ranks 13th out of 347 local authorities in a newly-published list of areas with the highest numbers of people getting into serious difficulties with debt.

Accountancy firm UHY Hacker Young released figures showing that seaside towns and authorities were particularly badly affected by personal debt, but the Isle of Wight was one of the very hardest hit authorities in the entire UK.

The accountancy firm said many coastal towns outside south-east England had struggled to replace their traditional industries with faster growth sectors such as financial services and technology.

“Following on from Island Labour’s revelation last week that the Isle of Wight has been one of the areas hardest hit by Tory austerity policies over the last decade, these figures should come as no surprise.

“The Island’s economy is in intensive care. We have low-wage economy with a large seasonal element. You can see how little money is circulating on the Island by looking at the empty units on our high streets, or the shocking numbers forced to use food banks.

“In many ways, the Island is a microcosm of the national economy, with the “haves” and “have-nots” almost living separate existences despite being neighbours on the same Island.”

Finances of tens of thousands of Islanders under real strain
He went on to say,

“While Bob Seely continues to issue warm words about his concern for the Island, he has consistently voted for the very policies which have resulted in services being slashed, real wages falling, and personal debt mounting to untenable levels as people struggle to keep their heads above water.

“The last ten years of Tory government have left the Island’s economy in tatters, and the personal finances of tens of thousands of Islanders under real strain.

“The next Labour government will seek to address this problem immediately through raising the minimum wage to £10, and restoring workers’ rights to secure employment contracts.”

Image: The Money Range under CC BY 2.0

newest oldest most voted
Ian Young
Not a lot to disagree with here, but truth be told, the very people who could in fact propel Labour into power at the next General Election are the self same people who will never ever vote for a Government led by Corbyn or a Government where The Great Offices of State are occupied by McDonnell, Thornberry and Abbot, or a Government which receives its legal advice… Read more »
Vote Up25-10Vote Down
temperance
£10 an hour nice. Don’t bother kids to improve your education or job prospects as that’s a semi skilled wage, nationally. Oh I know everyone’s wages will rise, a rising tide lift all ships, great. Hmmm! Won’t everything have to go up in that case creating huge inflation. Thats ok good old labour next month can put it up to £11, 12 13, How stupid the Tories… Read more »
Vote Up1-9Vote Down