Isle of Wight Triathlete to represent Team GB at Malmo 2020 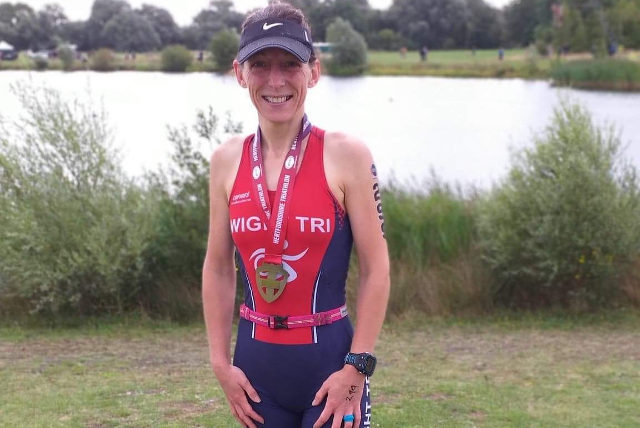 As this was also the final qualifier for the 2020 European Age Group Sprint Championships in Malmo, Sweden, it was well loaded with the top age group triathletes.

Swim, cycle and run
The swim was held at the Boxend water sports lake, outside Bedford, with the swimmers following the 750m loop around the water skiing course, followed by a 20km cycle route around the winding country roads. A tough off-road 5km run completed the course.

Fortunately with an early start, the weather gods were kind to the early waves, and Jan’s event was mainly held in almost perfect conditions, although with a slight headwind on the bike.

Seventh place
Jan had a solid swim in 14:50, to exit the lake in 9th position in her age group.

A quick transition onto the bike, where she showed her strength and posted the fifth fastest bike split in her age group of 36:10, moving up into eighth position, but also closing in on the faster swimmers.

Jan to represent Team GB
However, as this was also the final qualification for the 2020 ETU European Age Group Sprint Championships in Malmo, Sweden, she took the third qualifier slot for the 45-49 category and will represent Team GB in her first sprint triathlon event.