Sandown Royal Marine, ‘Molly’ MacPherson joins a team of Naval adventurers to embark on a journey to test their grit, determination and leadership as they follow in the footsteps of Sir Ernest Shackleton to The Antarctic. 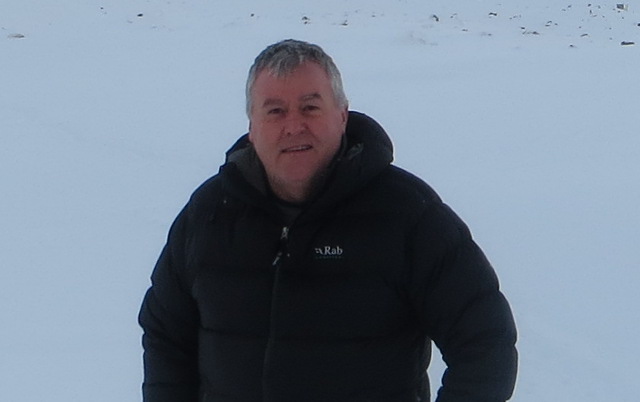 Thanks to Craig for this news about Sandown Royal Marine, Major William “Molly” Macpherson. Ed

A team of Naval adventurers are embarking on the journey of a lifetime that will test their grit, determination and leadership as they follow in the footsteps of Sir Ernest Shackleton.

Departing in mid January, 11 Service participants from the Royal Navy and Royal Marines will undertake a six week expedition to the Antarctic and South Georgia – a century after Shackleton’s extraordinary recovery from the Weddell Sea. The aim of Exercise Antarctic Endurance (AE16) is to inspire a new generation of sailors and marines to seek adventure but will also provide the Navy and Ministry of Defence with research into team dynamics and leadership.

The 52-year-old father of four has experience in all weather conditions from desert to jungle and over five years combined time in Norway training in Arctic conditions.

“This is a unique experience of the Antarctic environment; it’s an unparalleled physical and mental challenge and an incredible adventure with a very special team.

“There will be a deep sense of achievement when we reach our goal after the last two years of training and commitment to the project.” Collecting important data
The journey will begin and end in the Falklands having travelled through the Weddell Sea, landed on the east coast of the Antarctic Peninsula, and Elephant Island, before sending a team overland from King Haakon Bay to Stromness, in South Georgia – the same route travelled by Shackleton and his companions 100 years ago.

Along with research into team dynamics and leadership; data will also be collected on climate, environment and hydrography on behalf of British Antarctic Survey, Cambridge and Plymouth Universities and the UK Hydrographic Office.

The 11 Service participants are made up of qualified and experienced sailors and mountaineers, with six of them in the first five years of their careers.

Final service
Maj Macpherson joined the Royal Marines in 1980 and served in the Falklands Conflict, Northern Ireland, Iraq and Afghanistan.

Having established the Isle of Wight Royal Marines Association, as soon as William returns from AE16 he will leave the Service and become a civilian.

“I’ve got five years combined time in Arctic/Norway winter conditions, I’ve been on numerous expeditions to the Himalayas, Africa, Kyrgyzstan, the Alps, and been up to 8100m. But sailing, well that’s where I’m limited – it’s a new skill that I’m learning fast.”

Find out more about the Expedition by visiting the AE16 Website.

covratulations my son was Marine 40 commando and did alot of these posting .