Traffic on a section of the Military Road near Brook has been one-way with lights since a landslide in 2010. It’s good to see the water drainage system suggested by Dr Bruce Denness was a success. 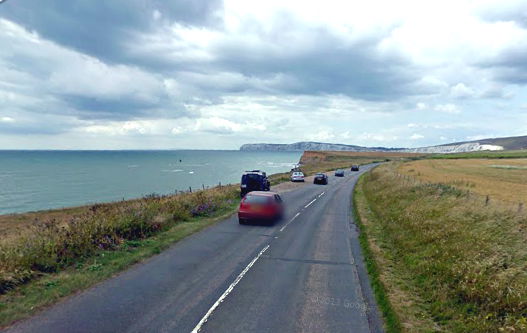 This in from Island Roads, in their own words. Ed

Work by Island Roads to enable the temporary traffic lights in Military Road, Brook to be removed is nearing completion.

In 2010, a section of the cliff adjacent to the road at Brook collapsed resulting in the road having to be restricted to single file traffic.

Water drainage system successful
To prevent further deterioration, the Isle of Wight Council installed a surface water drainage system in 2011 to lower the groundwater level. The scheme has been monitored closely and has proved effective in slowing the recession of the cliff at this point on the Military Road.

An embankment has been constructed on the lay-by adjacent to the road to prevent vehicles parking too close to the cliff edge, the water filled barriers and temporary lights will therefore be removed by early next week, ahead of the Easter holiday period.

3 Comments on "Military Road, Brook to reopen to two-way traffic"

So pleased to learn that the IOW definition of “temporary” is 4 years ;-)

Further along the mili,temporary is about 9 years at Whale Chine where the steps have been temporarily closed…

The reduction to single file was never necessary for long – another example of overkill by the council. Note this pre-dates Island Roads existence, but they did fail to re-open it. Well done John Peck construction who did the actual work, allowing IR to take credit.