MP calls for £5 cap on ferry fares for residents travelling to mainland for NHS treatment, in Westminster Hall debate

‘We are committed to providing that high-quality care that you seek to meet the needs of your people across the Island,’ says Parliamentary Under-Secretary in debate 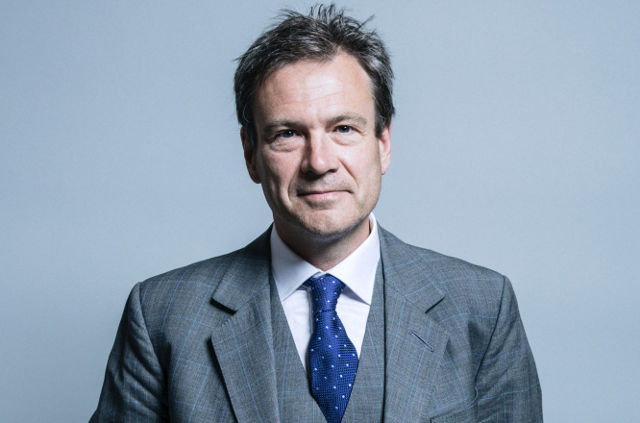 As part of his campaign to secure an ‘Island Deal’ from Government, MP Bob Seely has spoken today in a parliamentary debate on improving healthcare on the Isle of Wight.

In his speech, Bob again outlined the case for extra revenue funding for the Island as part of the Island Deal – which the Prime Minister has agreed to in principle. Focusing on healthcare, Bob called for further recognition of the additional costs and challenges in providing public services – to the same standards as the mainland – on the Island.

Bob thanked NHS staff on the Island and said he supported the changes planned by the new NHS leadership team.

He said annual additional costs of providing a national level of healthcare on the Island, had been assessed at £8.9m for 24/7 acute services, £1.5m for ambulance service (including Coast Guard helicopter services) and £500k for patient travel by ferry.

Churchill: We are all here to support him
In response, Parliamentary Under-Secretary for the Department of Health and Social Care, Jo Churchill, said:

“We recognise the Island faces different challenges to the mainland… it represents a very distinct healthcare environment whilst also being closely dependent on acute services close by but with the difficulty of travelling across water and the challenges that that accessibly brings.

“We are committed to providing that high-quality care that you seek to meet the needs of your people across the Island.

“Some of the constraints [of being an island] are what we’ve now got to sit and work through with you.

“We accept that there are additional costs to providing healthcare on the Island. It has individual challenges, arising …from the diseconomies of scale.

“I hope my honourable friend realises that we are all here to support him and the broader health system on the Island to develop in the way it wants to.

“The government is committed to ensuring all patients, irrespective of where they live, receive high-quality healthcare that meets their needs.”

The Minister said she had already spoken with the relevant Minister who was more than happy to meet Bob so that specific questions could be addressed.

Seely: “Will do everything I can to to ensure Island NHS is better funded”
Following the debate, Bob said:

“The important thing from today is that we’ve started the conversation with Ministers about the additional costs of providing our public services – in this case, healthcare. Health Secretary, Matt Hancock, had previously acknowledged the extra costs of providing healthcare on the Island and we are now continuing the process of doing something about that.

“The next step will be meetings with Ministers and officials. It was important today that the Government has accepted that there are additional costs with providing health services on the Island. I thank the Minister for her response.

“It’s important to note that health spending is rising – and rising quickly. In 2010 we spent £105.8 billion on the NHS in cash terms, and next year that will rise to £139.3 billion: investment is going in.

“On the Island we’ve won an extra £48 million for our capital investment programme which will partially rebuild A&E and support important advances in healthcare such as telemedicine and integrated IT.

“For generations we’ve been underfunded because our additional costs haven’t been recognised. This is nothing to do with political parties, but everything to do with structural funding.

“I will do everything I can to change that to ensure our Island NHS is better funded. I want again to thank NHS staff on the Island for the great work they do. It is my intention that staff are better supported in the years ahead, to enable them to deliver the standards that they and Islanders want.”

12 Comments on "MP calls for £5 cap on ferry fares for residents travelling to mainland for NHS treatment, in Westminster Hall debate"

If he doesn’t succeed at least he tried.

Haha, are you for real?

No mention of any support for relatives who also face the same expensive ferry travel costs when a loved one is hospitalised.

And then you have the propose extra 10,000 houses to be built, along with a new GP Surgery at the proposed Ryde development if you can find any GP’s to man it.

Vote Up140Vote Down
davimel
Can’t even get a GP for my surgery, the 3rd in 8 years, and we just get the same locum faces every few weeks. We can’t get Doctors for the Hospital, we dont have any NHS Dentists on the Island and we rely upon care home providers due to a lack of qualified carers to allow us to remain at home,, so where exactly will they get… Read more »
Vote Up4-1Vote Down
benjohnson
Whilst it is a start, it is woefully inadequate. Another example of our public transport run for the profit of a few, not for the benefit of the users. And why should people be having to pay to use NHS services that were previously available on the Island. And the friends and relatives wanting to visit? What about them? I could go on, but the point is… Read more »
Vote Up140Vote Down
chartman

Were the assurances Bob Seely received written on the side of a bus?

How about having the same fare structure for the ferries as for the Severn bridge?

Shame Mr. Seely is only getting his finger out when an election is on the horizon. A tunnel is of course the best answer to many of our problems, just as a takeover by Hampshire County Council would inject realism into our Island’s governance. Skye , for instance, has blossomed since becoming permanently linked to the mainland. It even has a new hospital and businesses are flourishing.