The Monday night events are not aimed at creating the next Lionel Messi, but instilling a love of the game and opening up the social benefits of sport. 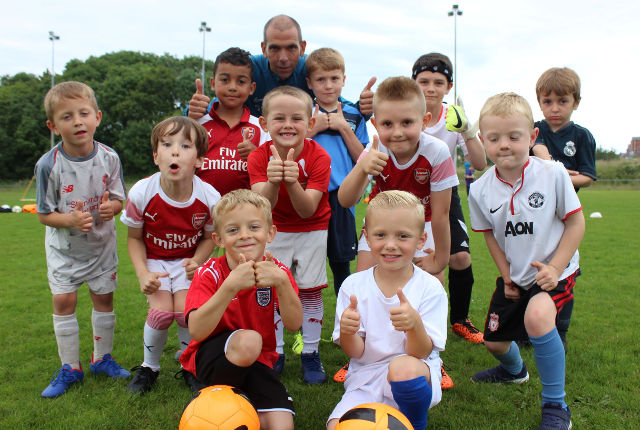 Organisers of new community football sessions have been left amazed at the popularity of the initiative.

In just a few weeks, numbers attending the evening community football training sessions at Newport Football Club have grown from just a handful to scores of local lads.

The Monday night events are aimed not at creating the next Lionel Messi – though such a protege would be welcome – but instilling a love of the game and opening up the social benefits of sport.

“The main thing is to get young kids learning the basics and playing the game with a smile on their faces – enjoying what they are doing.

“When we started the Monday night sessions we didn’t really know what to expect but it has grown and grown. We have people of all abilities but what unites them is that they are having a good time.

“There are of course avenues for the kids who show potential and we can channel these into the appropriate set-ups. But this particular club is about getting them interested in the game whatever their ability and being the best they can be.”

Aiding social development
Those youngsters ready for more advanced coaching are catered for by club initiatives such as the emerging links with the Matt Le Tissier Coaching Centre and the New Forest Academy High Performance Leagues as well as Newport FC’s Under 11s.

But Stewart said the stories about the social development of the young Monday night players was just as important as honing their footballing talents.

“There was a young lad who was very shy and didn’t find it easy to mix and socialise before he came to out. He preferred to be indoors. Now though he has really come out of his shell. He wants to go out and he wants to be active with the other kids his age.

“That is what football and the community football sessions are all about – letting kids enjoy the game in a pressure-free atmosphere so they can have a good time doing something healthy. If they do prove to be talented footballers then that is good for Island football but it is just a bonus in terms of what we are trying to achieve.”

The Island’s community club
Stewart is hoping Newport’s planned move to a purpose-built new all-weather 3G pitch off the Racecourse will offer further opportunities to players of all ages and abilities. The sessions will move from St George’s Park to a new nearby venue at the end of the month.

“It is grass roots football that will help re-establish Newport as the Island’s community club.”

“There are plans to nurture woman’s football and also provide facilities for those with additional needs and the move will provide us with the perfect opportunity to build on the energy and enthusiasm of sessions like this to create a club that the whole community can be involved with and supportive of.

“Having good facilities really helps – little things like walking out from a tunnel onto a pristine pitch may be commonplace for people in and around the game but it is a real treat for youngsters when they do it for the first time.”