The Isle of Wight looks absolutely gorgeous on Penelope Keith’s new series on Channel4 featuring coastal villages around the UK. You can watch again if you missed it earlier this week. 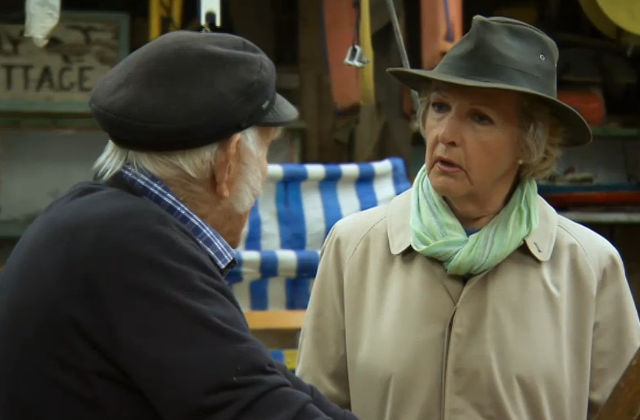 If you read our story about the portrait of Charles Darwin on the old £10 having been taken by Isle of Wight photographer, Julia Margaret Cameron, you’ll know the Isle of Wight was featured on national TV earlier this week.

In this first episode she travels to West Sussex and the Isle of Wight. The Island is featured about 25 minutes into the programme and begins in Freshwater, as Penelope chats to Gail Middleton at Dimbola Museum and Galleries.

On next to the precious Steephill Cove – once the Island’s best kept secret – for a chat with longshoreman, Dave Wheeler (and his daughter-in-law, Mandy, about her now famous crab pasties), before finally arriving in Bembridge for a spot of racing in the harbour.

Watch again
The Isle of Wight looks absolutely gorgeous (as we know it always is) in the footage, so a big thank you to the production company for choosing the Island for the programme. If you missed the programme last night, you can catch Penelope Keith on the Isle of Wight from around 25 minutes into the programme.

Oh, dear, towards the end of the program they have incorrectly stated the wrong Niton – they show Knighton!

Yes! Not sure why I had it in my head it was ITV. Now corrected, thanks for the heads-up.