The Solent LEP respond to harsh criticism leveled at them over the floating bridge consultation by East Cowes councillor, Karl Love. 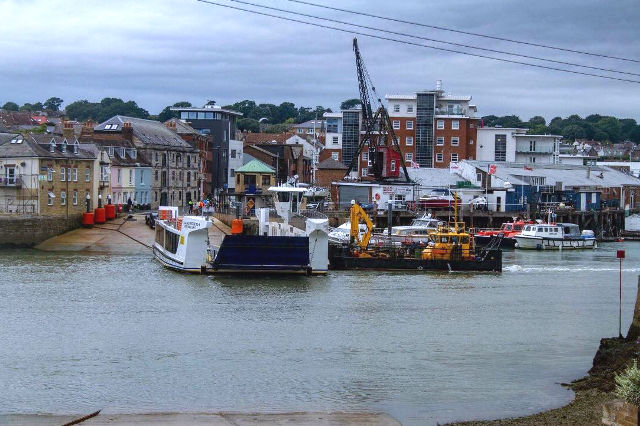 Last week’s release of the Solent Local Enterprise Partnership’s findings from their public consultation on the Cowes Floating Bridge, prompted harsh criticism from the Isle of Wight councillor for East Cowes, Karl Love.

In response to Cllr Love’s accusations that the Solent LEP consultation for the floating bridge was a “shockingly poor example of community engagement” and a “spectacular catastrophic failure”, the LEP have provided a response.

LEP: Committed to consulting
A spokesperson for the Solent LEP told OnTheWight,

“The Solent Local Enterprise Partnership (LEP) is committed to consulting in relation to all large project applications for Solent Growth Deal Funding.

“The second Floating Bridge 6 consultation lasted for 16 weeks, extended at the request of local stakeholders, and was promoted on our Website, on social media, through our newsletter, wider business networks and in the press.”

“Extremely detailed” responses
They went on to say,

“The responses that we received were extremely detailed, including from stakeholder groups who capture the views of wider networks.

“The public consultation forms one part of a wider piece of work, and it informs the decision making process, alongside a comprehensive appraisal carried out by an independent party.”

Stakeholders submitted several hundred pages
On the release of the report, a spokesperson for the Floating Bridge Stakeholders Group said,

“We submitted several hundred pages demonstrating that the floating bridge has hurt the economy and, in our opinion, the Council appears to have provided deceptive information to the LEP in their business case.

“28.3% pedestrians use this floating bridge since charges were introduced (based on 2014 numbers).

“The Solent Local Enterprise Partnership funded a new floating bridge to help local businesses and the economy; what is the LEP’s answer and their solutions that will provide a floating bridge as good the last one, in order to prevent even more damage to local economy and businesses?”

newest oldest most voted
eastcowes
Actually, for those of us who have looked at the minutes in detail in real time, , it has been discussed but they have only approved the recommendations of the independent Due Diligence report. That’s what we want to know. The floating bridge isn’t working as well as the old one and is hurting the economy. The LEP has said that it must help local businesses and… Read more »
Vote Up150Vote Down
Tim

This has been discussed many times already by the SLEP. For those who can be bothered with the tedious task of rummaging through SLEP meeting notes & reports the notion of fixed Media crossings were never considered in depth, the only item that appears to have been shortlisted were replacing FB5 vs no FB at all.

Would have been ok if they simply had replaced FB5 with something similar, instead of the monstrosity we have now?

They never really looked at things in depth, the ethos behind FB6 was that it was to be in their words “more reliable”!

Tim, show the link to the LEP document where you say that the LEP say Floating Bridge 6 is more reliable. I’ve read every LEP document publicly available and that doesn’t exist. Thanks in advance!

Off the top of my head its in the BBP Solent Gateway business case document…but I may stand to be corrected on that.

sec 5.100 refers to improved reliability but there are other references somewhere in the SLEP’s docs.