What will the impact of Brexit be on Isle of Wight Farmers? OnTheWight investigates

Farming has a long-standing tradition on the Isle of Wight and a big part of keeping the Island beautiful. OnTheWight sought the views of a range of farmers on Brexit and their thoughts on the effect it might have on their livelihoods 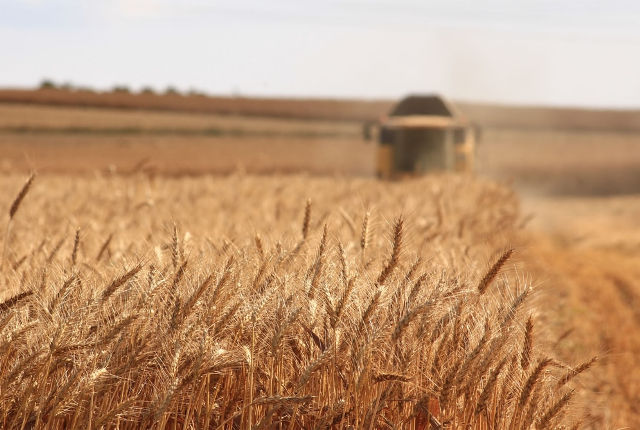 OnTheWight commissioned this feature by an investigative journalist who has worked on award-shortlisted stories, Alex Varley-Winter. If there’s a subject you’re willing to help fund be investigated get in touch. Ed

If you asked Prime Minister Boris Johnson what will happen to UK farms after Brexit, you might get this reply: UK agriculture will be ‘positioned’ for ‘opportunities that arise from leaving the European Union’, it was announced in the Queen’s speech this week.

What is currently less clear is what those opportunities are, and how to protect Isle of Wight farmers from any disruption, whether that is physically at ports, or in the wider British economy and changes in the value of the pound.

All of them already pay ferry costs to export their fare across the Solent, making them even more vulnerable than their mainland contemporaries to economic shocks.

A ‘No Deal’ scenario is nightmarishly uncertain
On Thursday PM Boris Johnson announced the conclusion of a possible deal with the European Union, which Parliament will be voting on today (Saturday).

This will raise hopes among many farmers that they could stave off the risk of a ‘No Deal’ Brexit. A ‘No Deal’ scenario is nightmarishly uncertain for many agricultural producers.

Nearly 50 unanswered questions
It is a scenario on which the National Farmers Union has nearly 50 questions unanswered by the Government, including about a potential £647m in new taxes on meat products and an additional £226m in tariffs on grain.

NFU President Minette Barker explains that although farmers are therefore ‘pleased’ that a Brexit deal is now being tabled in Parliament, this does not truly end their uncertainty. She said on Thursday,

“If this deal is agreed by UK and EU Parliaments in the coming days, it only determines how the UK withdraws from the EU and does not determine the long-term future of the UK’s and EU’s relationship.”

“It is vital that government has a long-term aspiration to ensure that British farming standards are not undercut by an ambition to open up British markets to food which would be illegal to produce here and that there is free and frictionless trade with the EU in the long term.”

Griffin: “Divisive for society”
OnTheWight has been hearing of scepticism of the whole Brexit process, to put it mildly, from some local farmers, particularly those in the meat and dairy sector.

“Brexit is a negative concept for the economy and divisive for society.”

He wishes to leave it at that.

Hodgson: “We are facing complete uncertainty”
Cheverton Farm’s Andrew Hodgson, meanwhile, jokes that if the Government fails to ‘protect the UK’— “we should all get together and sue the lot of them”.

He points out that for the past two years, beef and lamb pricing has been, “on a downward spiral, and we are facing complete uncertainty”.

Stock plummeted in price by about 25 per cent
Over the past year, beef farmers’ stock has fallen in value by about 25%, with speculation that this is due to Brexit policy. Agriculture is vulnerable to economic instability because,

“In farming, we are locked into a long-term production cycle, it’s very difficult for us to react swiftly to the market.”

Like most farmers, Mr Hodgson is most concerned in the short term about disruption to domestic markets for certain products, and having the ability to ride out any uncertainty,

“If we are going to be awash with lamb, that means the price is going to fall further, perhaps whether we have a deal or no deal. … it makes a bad situation worse.”

Hodgson: “If it is cheaper, there is a reason why”
Mr Hodgson is not concerned, though, about competition from outside the EU after Brexit, as he has faith customers will continue to buy Isle of Wight farm produce even if there is cheaper food available. He says,

“If meat is US-farmed for example, label it.

Seeking a balance, finding pro-Brexit farmers was a challenge, and the few we were led to believe would be failed to respond. Bob Seely’s pro-Brexit view was sought and is at the bottom of the article.

Blamire: “Uncertainty is crippling to some of my clients”
Steve Blamire is an agricultural processing consultant advising several farmers on the Island, including exporters of beef, lamb, asparagus and tomatoes.

While politicians reduce Brexit to ‘slogans’, the economic reality for Mr Blamire’s clients is ‘complicated’.  The detail in any Brexit deal is key to protecting UK domestic industry.

“A deal that would achieve a status quo in one sector could wipe out producers in another sector. As you game each scenario there are trade-offs, but overall do the potential benefits outweigh the negatives?

“At the moment the uncertainty is crippling for some of my clients. Farming works on extended timescales with end products that have a relatively short shelf-life. The failure of the past three years to provide any sort of clarity, or even have an honest conversation, is one of the biggest failings of the Brexit process.”

Blamire: “Cheap slogans and undeliverable promises”
While he listens to the promise of unspecified ‘opportunities’ for UK farmers, Mr Blamire fears this could be scuppered by the realities of global competition, he says,

“There are no trade deals to be made where we benefit from the tariff-free flow of our exports, versus the protection of our agricultural and other sectors.

“That’s not how trade works. Even my four year old understands that basic premise.

“This has all been about cheap slogans and undeliverable promises.”

“If the Government’s plan is to sign [trade] deals to export UK services in return for cheap agricultural products, then at least be up-front about it so that farmers can adapt.”

Opportunities in Boris Johnson’s Brexit deal?
This month Conservative Isle of Wight MP, Robert Seely, told Parliament that Island residents want the PM “to stick the course to deliver Brexit on 31 October and restore trust in our politics.”

Whose trust, remains open to question and challenge. OnTheWight contacted Bob Seely for comment, based on the Queen’s Speech, on what opportunities, if any, he sees for Island farmers in Boris Johnson’s Brexit deal.

He responded that Boris Johnson’s commitment to a ‘free trade deal’ will offer UK farmers ‘more certainty’ than when the terms of trade being sought with the EU were not as clear.

“I am hopeful that a post-Brexit UK Agriculture and Fisheries Bill could be sensitive to the needs for smaller abattoirs or local abattoirs. I also want to do more to help our fishermen.”

OnTheWight has also contacted the Department for Food and Rural Affairs (DEFRA) to ask, based on the Queen’s Speech, what opportunities will arise for farmers from Brexit, and specifically if any opportunities have been directly addressed in PM Boris Johnson’s proposed Deal?

We will update this article with a response when we receive it.

6 Comments on "What will the impact of Brexit be on Isle of Wight Farmers? OnTheWight investigates"

So why are IW Farmers predominantly Tory voters? It doesn’t make any sense.

I’d much rather buy locally sourced food than have it shipped in.

Vote Up4-1Vote Down
Benny C
These are the all about the true costs of leaving. Roughly a couple of thousand pounds a year each, averaged out. For perpetuity. People said they are happy to pay that in the referendum. It won’t be painful. The money will leave them almost by stealth, you don’t feel the impacts of lower growth, higher prices, lower pension savings performance, etc because there is no comparator. Just… Read more »
Vote Up13-23Vote Down
Benny C
I forgot to mention the impact on the goose that lays the golden eggs, London. We voted inter alia to take London out of the single market it has exploited so successfully for 40 years. That has enabled it to contribute significantly to the running costs of every single town and city in the UK (except Bristol , the only major UK city which has been GDP… Read more »
Vote Up2-1Vote Down