The Head Master of Ryde School said that if anyone deserves to be downgraded today, it is the Education Secretary, Gavin Williamson 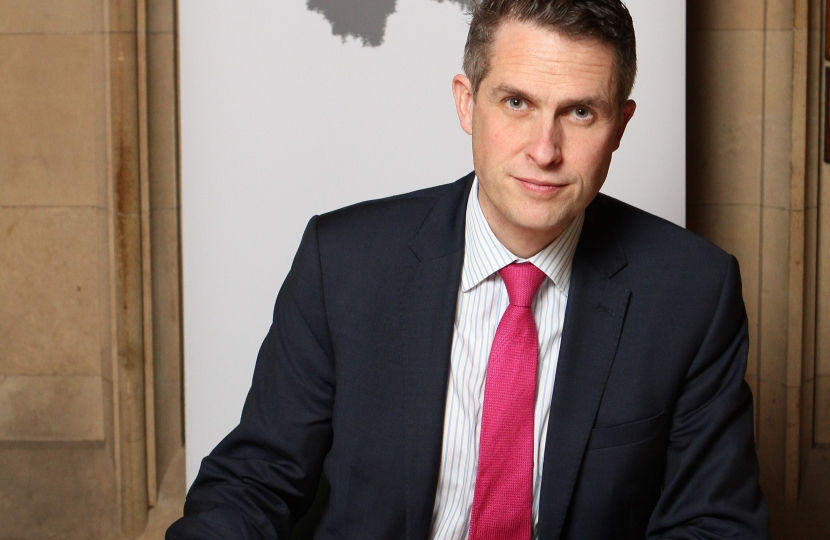 2020 has been an unprecedented year for school students, particularly those in post-16 education working towards A-Levels, International and BTEC Diplomas.

The Education Secretary, Gavin Williamson, made a last minute announcement the day before A-Level results day, that schools would be able to “appeal to receive a valid mock results, or sit autumn exams to ensure the achievements of young people are recognised”.

As the results emerged today (Thursday), it was clear that many headteachers were unhappy about the system for grading students.

“The results overall make a mockery of Gavin Williamson’s claims that there will be fairness for all students this year.

“We took great care, as we always do, to predict results that reflected the mock exams, previous results and the attitude to work of our students, yet many of the grades at A Level have been arbitrarily moved down and in particular subjects only.

“So whilst our results in subjects such as English, Music and Design Technology are largely as expected, the results in Science and Geography are lower compared to both expectations and previous years.

Waldron: “Williamson deserves to be downgraded”
He went on to say,

“Our students worked very hard and deserved better than this; our mock exams in February showed what they could achieve.

“They have been let down by an Education Secretary who has presided over results that are neither fair nor comprehensive. If anyone deserves to be downgraded today it is him.”

“A significant number of students have had the teacher assessment grades downgraded as a result of a statistical algorithm, some by as many as three grades.

“Christ the King Sixth Form results were on a rapid upward trajectory and this appears to have been ignored.

“It is a pity that for some, today should have been a day of celebration and has been marred by future uncertainty and a system that has clearly disadvantaged some children.”

8 Comments on "A-Level results ‘make a mockery’ of Minister’s claims of fairness, says one Isle of Wight school head"

He’s a fireplace salesman, what do you expect? He mows nothing about education.

Vote Up110Vote Down
truth
So the Government are screwing over the kids exam results as well as sending them back to school without masks. If you vote conservative, are you not ashamed of what this party is doing? What’s next? Oil drilling for a more carbon intensive, future? HS2 costing every single tax payer £6k and ripping out 108 ancient woodlands? Russian slums? Children deserve the best future than the tripe… Read more »
Vote Up41-14Vote Down
fedupbritain

Politicians are the last people to be put in charge of education.

Schoolchildren are among the most assessed in Europe Teachers assess the kids several times a year and these are also reinforced by exams. Does this constant assessment count for nothing or is there a certain amount of spin?

I recall Gavin Williamson, as Defence Secretary, telling Vladimir Putin to shut up and go away.

As Minister for Education he hasn’t come out and openly said the same thing to our nations children, but perhaps he needs to follow his own advice.

Another Tory stitch up

Saint or sinner, is the photograph a member of the government or a headmaster? Wait a moment I’ve just seen a copyright notice at the foot of the article