Lynnbottom Tip is one of the two centres that Isle of Wight residents can take their household rubbish to.

Near Robin Hill, the site can take household rubbish, as well as items for recycling, such as garden waste.

The operation of the site was taken over by new contractor Amey in 2017. They’ll be dealing with waste on the Island until 2040.

The site is sometimes misspelt as Lynbottom, or more formally called a the Lynnbottom household waste recycling.centre

The opening hours used to be split between Winter and Summer, with the open until 8pm in the Winter.

In Feb 2017 the Conservative-alliance voted in cuts to the opening hours to 4pm during Winter and 6pm in Summer (from 6pm and 8pm previously).

Lynnbottom is near to Robin Hill, along Briddlesford Road. It’s on the left hand side a short while after you leave the roundabout.

Lynnbottom slip road closed until 10am to restrict queueing 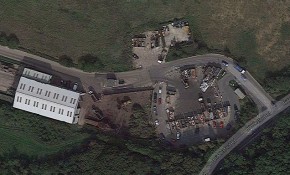 New measure will see no queueing in advance of the tip at Lynnbottom opening at 10am. The slip road will open for access once the tip is open.

A welcome council change to ban on trailers over 1.83m

Following questions from OnTheWight and pressure from readers, happily the Isle of Wight council and Amey have reconsidered their ban on trailers over 1.83m being taken to the dump. Overall length now considered.

By Sally Perry with 5 readers' comments

Do you take your trailer to the dump? Better get your tape measure out come Monday

Amey/IWC have quietly changed the rules on members of the public taking trailers into the dump. If they're judged as 'too long', they won't let you in after Monday. OnTheWight has asked them 'Why?'

By Sally Perry with 11 readers' comments

Letter: Isle of Wight Council ‘most short-sighted, ignorant and stupid collection of officials’

The upcoming restriction on size of trailers allowed at the Isle of Wight's rubbish tips is a subject that has been raised before and will come up again.

By Gordon Payne with 16 readers' comments

Letter: Disappointment over ban on trailers at Isle of Wight dumps

Andy S-C feels strongly the Council should review their decision to ban trailers at any of the waste recyling centres (ie. the dump) and find ways to accommodate Islanders who rely on trailers to efficiently transport their garden waste.

By Andy S-C with 10 readers' comments

A 4.99% rise in council tax, cuts to Personal Budgets for those with learning disabilities, youth provision budget slashed in half and reduced opening hours at the recycling centres are just some of the proposals in the Conservative-Alliance budget being debated later this month. Here's the detail.

By Sally Perry with 53 readers' comments

The Lynnbottom tip has reopened to the public following groundworks to improve the experience.

Lynnbottom Tip to close for fortnight

Don't get caught out by the two week closure at Lynnbottom as the facelift continues. OnTheWight has the detail of alternatives during the closure.

The waste centre will have to close for around two weeks, but should remain open throughout most of the improvement works.

The ‘Explosive’ at Lynnbottom Tip … that wasn’t explosive (updated)

An 'explosive device' has been found at Lynnbottom Tip. Unsurprisingly, it's currently closed, while the device is being tackled.

By Simon Perry with 10 readers' comments

Amey, the new waste contractor, will be holding public information events for residents to find out more about their future plans.

By Deborah Yewdall with 8 readers' comments

Opening hours for Council services over the holiday period

Most of the council’s operations will remain open until 4pm, Wednesday 24 December.