As VB reported last week, tonight’s Cabinet meeting will be making decisions on revised proposals for libraries and toilets. VB will be reporting live from the meeting, as we have done from County Hall for the past four years. 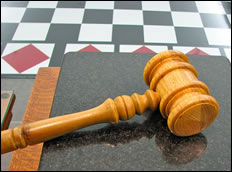 Public toilets
The latest proposal for public conveniences will be presented by Cllr Edward Giles. It is to retain 40 public toilets under council management with 27 toilets deemed surplus to the Isle of Wight council’s needs.

Libraries
Cllr George Brown will present the new proposals for the libraries. Under the plans four libraries will now remain open indefinitely for 21 hours a week, rather than the previous 10 hours a week for one year only.

Getting clarification on the precise proposal was a bit like getting blood out of a stone, but it was finally confirmed that the council now only propose to close five of the eleven libraries.

Full details of the agenda are below.

9 Comments on "Cabinet Members Vote On Loos and Libraries Tonight"

Somewhat of a paradox that 27 toilets are deemed surplus to the Isle of Wight councilâ€™s needs, given that the council are so full of s**t.

Interesting to learn how the toilet cutbacks will adversely affect handicapped people who rely on the Radar key scheme for some freedom and dignity.
I suspect that this category of user is probably invisible to the majority group on the IWC.

Vote Up00Vote Down
Asite2c
If these members vote for the closure of 27 toilets they should be ashamed of themselves. I just hope the day will come when some of them will end up in a situation where they are desperate to relieve themselves but unable to use the public toilet as it has been closed. With no other option but to go in a public place, they end up getting… Read more »
Vote Up00Vote Down
DaveQ
My campaign to get rid of them started a couple of months ago, although there were many comments, most of those who have contacted me have been from the mainland who want the same thing there so I’m helping wherever I can (See Item entitled “Call for an Independent Alliance”) You are 100% right, now is the time to start campaigning for 2013! Good luck
Vote Up00Vote Down
No Loo
I watched Pugh on the BBC2 Inside Out program last night saying the Council are in favour of of the the PFI scheme and paying a private company 11 million pounds a year for the next 25 years to maintain the Island’s roads. He reckons this is good value. Once this contract is signed there is no turning back and the Council will have to pay this… Read more »
Vote Up00Vote Down
Lido

Article one, paragraph one of the “How to be a bully – inadequates unite” rule book quite clearly reads that a member can occupy both states described simultaneously. Suggesting that as mutual exclusivity is not relevant, the subject could be both.

So the council are now closing “only five libraries”. Hooray for them. They tried exactly the same thing under the libs several years ago, which resulted in public backlash & withdrawal of plans. The Cons have done it differently. Threaten to close nine, then “only five” won’t seem so bad & they get what they were after all along.

The bully boy is not for turning.