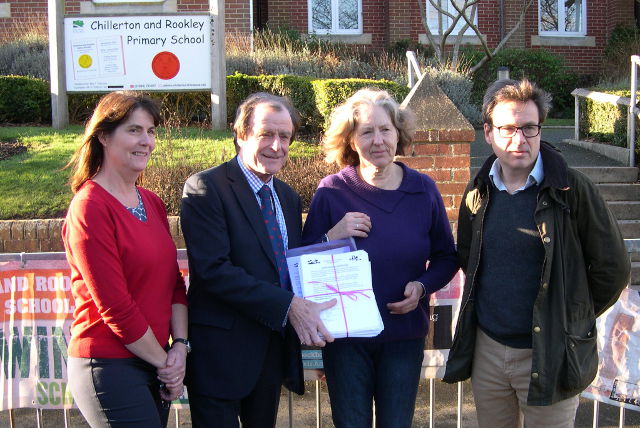 This in from Maxine on behalf of Chillerton and Gatcombe Parish Council. Ed

Some 284 people signed the petition. Of those, 217 were residents. In addition, 67 parents of children at the school, and staff, also signed. Some 169 households in the parish were approached, and 158 responded.

“Our children deserve the same level of protection that exists in their two sister schools in Wroxall and Godshill, both of which have a 20mph limit.”

“We’d like a 20mph limit around the school at opening and closing times because it will make picking up and dropping off children safer. There is a blind bend just before the school and there have been accidents and near misses.

“This is an important project for Chillerton and the fact that so many people signed shows the strength of feeling – especially amongst parents. We’ve raised this issue on several occasions with IoW Council and we’ll will keep doing so until we get the 20mph limit the village needs. Well done to Chillerton and Gatcombe Parish Council for their hard work organizing this petition.”