Shake up in the Cabinet at County Hall.

The rumours of changes in the council Cabinet have been floating around for a while. Now they’re confirmed. David Pugh has just released the following – Ed. 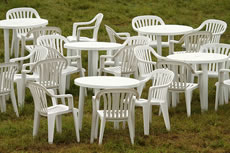 Below is a statement from Cllr David Pugh, Leader of the Isle of Wight Council, regarding proposed changes to Cabinet Member responsibilities:

I have today published a notice of intended decision, setting out proposed revisions to the membership of the IW Council’s Cabinet. As the paper sets out, I am proposing to implement this decision on a staged basis – with two changes being effective from 3rd September and 26th November respectively.

Two phases
Such a staged approach would strike a balance between continuity and handover at a time when the local authority continues to face major budgetary challenges. I wish to draw on the experience and knowledge which other elected members offer – both at a Cabinet level and in leading the various scrutiny and regulatory functions of the Council.

Cllr Barry Abraham out
Cllr Barry Abraham is due to leave the Cabinet on 3rd September, after seven years in the team. Without doubt his most significant role was to provide political leadership to the Fire Service at a time when it transformed from being one of the worst in the country to winning awards for its progress and performance.

As an Islander, Barry spoke with confidence when putting the case for the service being kept within our shores. I am sorry to see Barry go and thank him for his service as a Cabinet Member.

Cllr Dave Stewart in
Cllr Dave Stewart is set to join the Cabinet on 3rd September with responsibility for Public Health, Community Safety and Local Services (including libraries, youth and heritage). This complements his new role as Chairman of the Hampshire & Isle of Wight Police & Crime Panel. Dave’s background as a former detective inspector with 30 years experience in the police force, along with his work in the community with library and youth services, means that he is well suited to take on this area of Cabinet responsibility.

His responsibility for public health is particularly important with this service scheduled to transfer from IOW NHS to the Council on 1st April 2013.

Although Stuart only joined the Council last November, he has extensive experience in local government as an officer working at all levels.

His career includes working in management in social services, including the running of care homes, and more latterly in the leadership team for managing the property estate for West Sussex County Council. His contribution to the Cabinet will be most welcome. Cllr Hutchinson’s replacement as Audit Committee Chairman will be decided at Full Council in November.

Thanking Cllr Mazillius
I would also like to thank Cllr Mazillius for his contribution as a Cabinet Member over the past two years, which has been a particularly challenging time for his service areas as they have faced severe budgetary and demographic pressures. Under his political direction, the investment in adult social care has continued to increase annually.

Roger’s strong support for personal budgets and our charging policy have ensured that services have been tailored to clients and we have also been able to support those who need our support the most.

Housing services have continued to see a fall in homelessness figures, bucking much of the national trend. Roger’s support for the early preventative work in this service area has helped deliver this success. I will be sorry to see Roger leave the Cabinet and thank him for his contribution.

Image: ronmacphotos under a CC BY 2.0 license

newest oldest most voted
Cynic
“His responsibility for public health is particularly important with this service scheduled to transfer from IOW NHS to the Council on 1st April 2013.” God help us! Look at what has happened to other public responsibilities this Council has managed- roads, schools, fire service, libraries, toilets, VBG and so on. To which “preferred bidders” will the public health service be subcontracted (PFI-ed?) while cutting its responsibilities to… Read more »
Vote Up00Vote Down
Cynic
From Dept of Health’s Public Health in Local Government Fact Sheet (PDF) “An obvious way in which local authorities will fulfil this duty will be commissioning a range of services from a range of providers from different sectors, working with clinical commissioning groups and representatives of the NHS Commissioning Board to create as integrated a set of services as possible.” Given this week’s PFI decision and the… Read more »
Vote Up00Vote Down
wightywight
QUOTE: “Under his political direction, the investment in adult social care has continued to increase annually” That is a downright lie. In fact, jan – dec 2010 the total hours of care provision to adults on the Island was 538,311. The total financial spend for the same period to adult social care was Â£7,713,933. (if you divide the two you get the hourly rate paid to providers,… Read more »
Vote Up00Vote Down
Steephill Jack

How can a local politician be prosecuted for telling lies ? Is it only their internal systems for ethics and standards,which they have just revised ? I would lie to know how.

OK, no pun intended…I would ‘like’ to know.
What a difference a k makes.

investment? What a dumb word to use. It costs money to care for the disadvantaged – it’s not a bl00dy investment.

Shuffle all you like Pugh, you’ll all be gone by the close of the next elections! – Don’t expect any thanks from me…

VB – Couldn’t you find a picture of the deck chairs on the Titanic?

Or a Billy Ocean would sing “When the going gets tough, the tough get going”

can we have real major change? Get rid of the lot of them and replace with human beings!

Vote Up00Vote Down
Black Dog
Oh dear!!! what is the boy blunder going to do without Brown? Oh I know promote some of his lemmings. All of this and we still do not know which ward the BOY BLUNDER will try and represent at the May 2013 Elections. Where ever it is, he will have some serious opposition. The people of Shanklin will be faced with some real choices if he decides… Read more »
Vote Up00Vote Down