Speaking on Ryde Regeneration Plans, Cllr Jim Moody says, “Rather than milking Ryde, the County Council would be better employed fighting much more strongly for money that the Island deserves to receive from national budgets.” 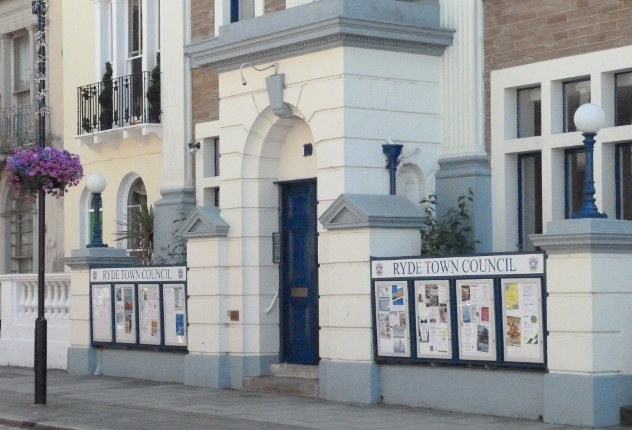 The Full Council meeting of Ryde Town Council yesterday (Monday 2 July 2018) was attended by over 25 members of the public, some of whom were keen to question what Regeneration means.

One person posed the question,

“Does Ryde Town Council support development on the Esplanade?”

Chair of the Planning Committee, Cllr Jim Moody, fielded this and replied fully in the discussion item later in the agenda.

Moody: “Preserving what is best from decay and ruin”
Cllr Jim Moody, Chair of the Planning Committee, in moving the committee’s recommendation for approval by the Full Council said,

“This is not about us as Ryde Town Council in opposition to the Isle of Wight County Council. It is about our independent role as a statutory consultee. It is about preserving what is best in Ryde from decay and ruin, including by crass development.

“It is about real community regeneration.”

Aggressive development condemned
He said that all development and regeneration must be to enhance what we in Ryde have, including the Esplanade – our jewel in the Island crown – not what makes money for County Hall.

Cllr Moody condemned aggressive development carried out in the name of Regeneration, as opposed to what Ryde councillors and local residents want – real regeneration.

“We need a creative tension toward the Regeneration proposed by County Hall. This motion lays out what is a wise course for Ryde Town Council to take at this time.”

He stated that – if the County Council keeps to schedule – once the Draft Island Planning Strategy becomes available in early autumn,

“We shall examine it in detail and consider what approach we need to take at that time, to further RTC’s aims.”

Incorporate the various Ryde plans
In the meantime, Cllr Moody said that RTC must incorporate in its new Position Statement all the best elements of previous Ryde plans, including the Ryde Area Action Plan (AAP) and the Ryde Masterplan produced by the Chamber of Commerce.

He stated that we must call on Ryde’s local interest groups to be involved closely in the preparation of the Position Statement and publicise what we are doing together with the people of Ryde.

Actively generating public interest
Councillors needed to press the case for a ‘Ryde that its people want,’ not aggressive money-making schemes that destroy our environment. Our lives matter. And we shall actively generate public interest through publicity and consultation meetings that will have a concrete, real bearing on how we frame our Position Statement.

And by these means RTC can bring to bear Ryde people’s collective experience and desires in shaping the Island Planning Strategy.

“Rather than milking Ryde, the County Council would be better employed fighting much more strongly for money that the Island deserves to receive from national budgets.

“County Council budgets have for years been dumping important services.

“Despite parish and town councils taking up some of the slack, there has inevitably been a real cost to residents of increasing precepts and decreasing public facilities.”

Position adopted
The full text of the resolution approved unanimously by RTC Full Council is as follows:

“That Option 5 in the attached Strategic Planning Matters Report dated 19th June 2018 be taken forward and that the Town Council seek input from interested community groups such as the Ryde Society in taking this option forward.”

The full text of Option 5, ‘Early Formal Input into the Draft Island Planning Strategy’ of the Strategic Planning Matters Report, is as follows:

“Prior to the publication of the Draft Regeneration Programme and Strategy and the Draft Island Planning Strategy RTC could have an opportunity to influence the development of both documents.

“This could be done by formally issuing a Position Statement that seeks to collate all the work undertaken, and evidence gathered, in relation to planning policy including the contents of the draft Ryde AAP and the Ryde Masterplan.

“This work could be undertaken internally by RTC and would have limited cost implications. If this option was agreed RTC would need to clearly reserve the right to remain a critical friend, to then comment on the draft proposals when they are published and to adopt any of the options above at a later date.”

newest oldest most voted
Colin
quote ” 25 members of the public, some of whom were keen to question what Regeneration means. ” They aren’t the only ones. The IWC bleats on about regeneration but they don’t really seem to know what it means or how they are going to do anything to improve the Island; other than sell anything off or give it away. Let’s see now, Ryde Arena; that wasn’t… Read more »
Vote Up350Vote Down
confidential
Colin re ‘vocal opposition’ Haven’t you noticed that the East Cowes Town Council has been struggling for over a year to get the Isle of Wight Council leadership and Chief Executive to remedy the dreadful Floating Bridge on which they have seemingly wasted our Council Taxpayers’ and Solent LEP’s money. The IW Council have promised meeting after meeting but fail to actually arrange one except on one… Read more »
Vote Up110Vote Down