The £87m superyacht – owned by philanthropist Lloyd Dorfman – is currently anchored off Cowes. Justine Edwards shared these great photos with News OnTheWight showing some of its James Bond-like features 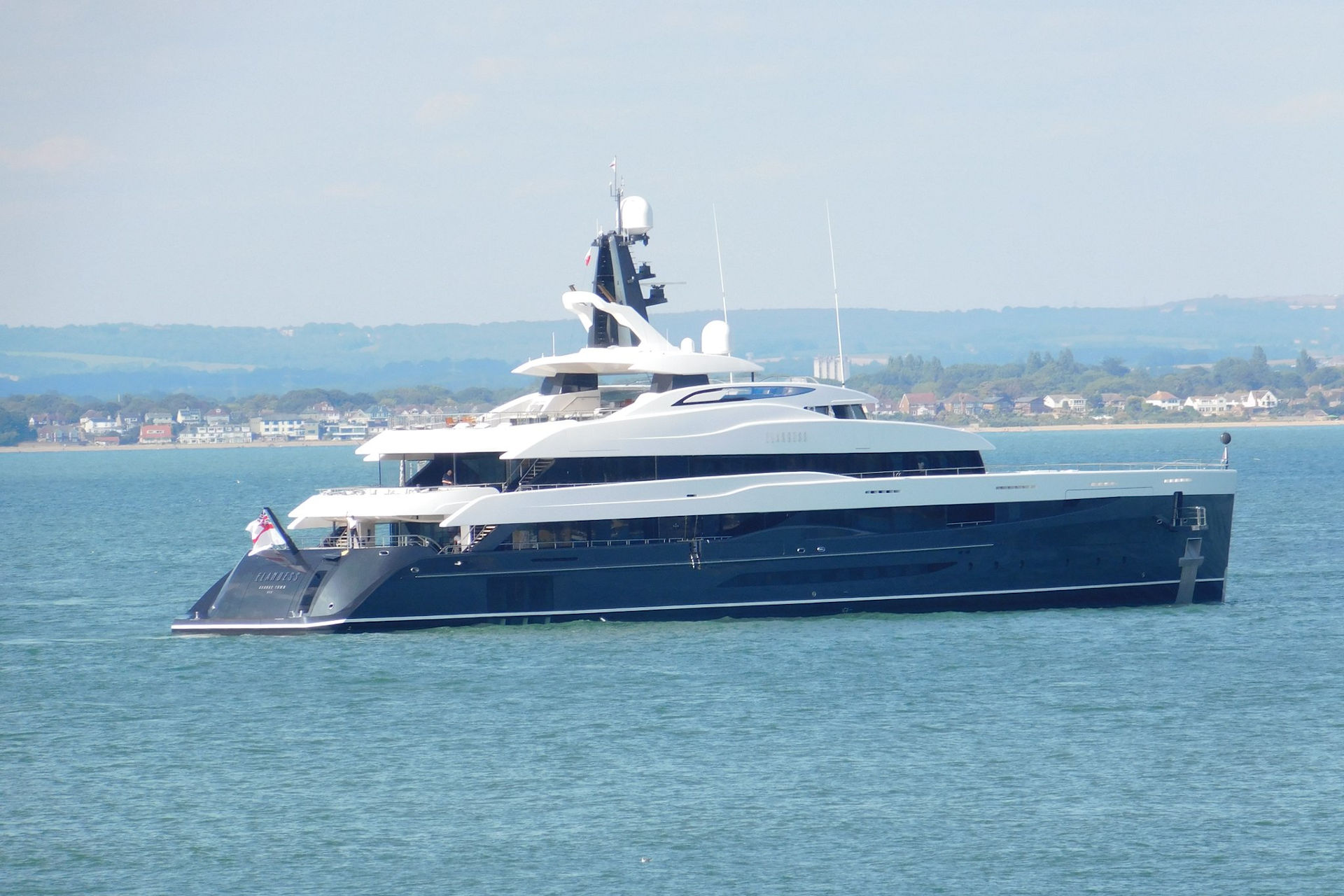 The Cowes coastline was busy with activity on Sunday with pleasure yachts darting across the water, providing a beautiful backdrop for Islanders taking in the warm sunshine.

Justine Edwards’ attention was caught later in the day when she spotted this award-winning superyacht off Cowes.

The £87m superyacht, Elandess, which had made its way to the Isle of Wight from Poole, is owned by billionaire philanthropist, Lloyd Dorfman.

It’s one of only two in the world to sport this breathtaking feature.

According to Business Insider, this is Lloyd’s third yacht, and his second with German shipyard, Abeking and Rasmussen.

The ship functions as a mobile second home for Dorfman and his family and sports three decks, seven cabins and even a swimming pool with glass walls so Lloyd and his wife can watch their grandchildren swimming.

Who is Lloyd Dorfman?
Lloyd Dorfman is the founder of currency exchange company Travelex and has a net worth of around $1.2 billion.

According to SuperYachtFan he sold the majority of his Travelex shareholding in 2014 for approximately US$500m. He’s now Chairman and majority shareholder of The Office Group, which recently bought Soho Place, an office block and theater near London’s Tottenham Court Road Station.

Philanthropy
If you are a regular theatre-goer you might recognise the surname from the Dorfman Theatre at the Royal National Theatre on London’s Southbank.

The theatre takes his name after he donated US$12m. He is also Chairman of the Prince’s Trust International.

Have you spotted the superyacht?
In response to Justine’s photos on Twitter, Jenette Wherry replied to she’s spotted it off the coast of Yarmouth recently too.

Have you spotted the superyacht off the Isle of Wight’s coastline?

Read Marilyn Mower’s (Boat International) account of her tour of the yacht in December 2018 when it first arrived from the shipyard.

Sea Biscuit was moored off Yarmouth a few weeks ago. A far more impressive vessel. 42 m of sail powered elegance. This thing just belches out diesel fumes At an alarming volume. I agree it looks nice though! And good to see it here.