Since the MP was elected, he’s spoken about extending the Isle of Wight train line at both ends. Looks like this recent news could mark one step closer to that goal 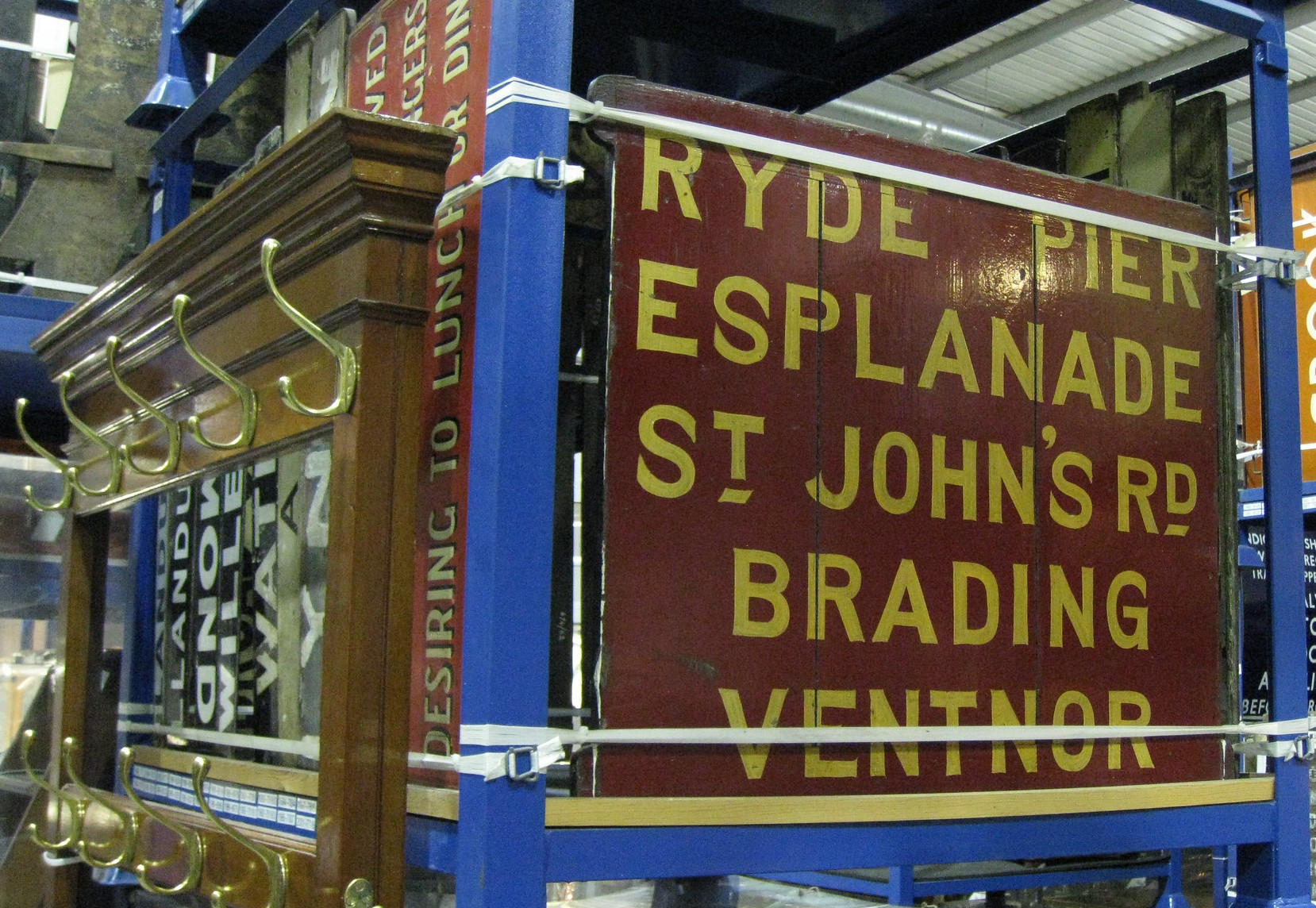 Isle of Wight Conservative MP, Bob Seely, is reported as having submitted expressions of interest to the Department for Transport last week to reopen two rail branch lines on the Island.

Isle of Wight Radio reported the MP was seeking a feasibility study to look in detail at:

The second option would be dependent on collaboration with the Isle of Wight Steam Railway (IWSR), who own the track.

Mr Seely said that most of the money needed for the feasibility study would come from the DfT, but that some extra would be needed to be put in.

IWSR: “No plans to extend westward from Wootton”
In response to the news the Steam Railway said,

“We note with interest the suggestion, put forward by Bob Seely MP, of connecting Newport to Ryde via the Steam Railway and Island Line. Whilst our Strategic Vision contains the long-term ambition to extend our line to Newport, this has significant financial and technical challenges.

“For the foreseeable future we, therefore, have no plans to extend westward from our current terminus at Wootton.”

IWSR: “Significant changes would be required”
Although they remain supportive of the development of public transport on the Island, they went on to add,

“Current safety legislation makes shared usage of our line challenging. Modern faster trains needed to operate a viable public transport link would not be able to operate alongside our historic wooden-bodied carriages which currently run at a maximum speed of 25mph.

“Significant changes would also be required to the infrastructure and signalling.”

The Steam Railway, do however, say they’re open to discussions with Bob Seely and the Dept for Transport to establish whether these challenges could be overcome.

Support for Island Line investment
The Steam Railway say they have a strong working relationship with their neighbours at Island Line and fully support their recently announced investment in new track and rolling stock.

Any Extension … Re-Opening …. of the IOW Rail network is most certainly welcome. But, I’m always puzzled as to why the COWES-NEWPORT line is never up for Re-Opening Discussion, given the Cowes Catamaran passenger hub ….. AND the Universally agreed premise that one simply can’t move about freely on the Island ….

@marchowland – the railway would never get to the centre of Cowes or near the Red Jet terminal, as most of the old route has been built on up to where the cycle track starts now…

I should think the problem is the big tunnel under the Downs from Wroxall and making it safe.

Great initiative by Bob Seely. Well done!
Let’s have more can-do ideas rather than all the negative comment from the usual brigade.
A feasibility study would surely provide us all with an informed appraisal.

Vote Up12-2Vote Down
railwayphil
Guys, I was at the January IOWB&RUG meeting when the SWR Sponsor gave an update to the upgrade and new trains’ plans project. I’ve had news articles on this published in every railway trade press publication except RAIL whose circulation has dived, written from the recording I made t that meeting. Ventnor extension was specifically ruled out. Newport was specifically ruled in as an aspiration. Note the… Read more »
Vote Up12-4Vote Down
wellsm
Did they say why Ventnor is ruled out, the return of the railway would work wonders for the town I am sure. Wroxall could be by-passed if necessary and I recall reading years ago that a small platform could be built at the Ventnor entrance to the tunnel. The new trains are I think only in two car sets, and they can be driven from either end… Read more »
Vote Up23-5Vote Down
prof
Presumably Bob has access to top secret plans that can travel through buildings and operate safely alongside the heritage rolling stock of the IWSR in total compliance with all legislation. Unfortunately, much as I would like to see the railway network extended, I think the two routes mentioned will prove totally impractical without a massive injection of cash and some pretty extensive demolition work. The old Ventnor… Read more »
Vote Up10-3Vote Down
Tamara
For the sake of future generations and all life on Earth, we need to think of the best ways to tackle our transport problems. Currently most Island residents and visitors travel about the Island by diesel or petrol car. And all too often there is only one person in that car. We need to weigh up the transport options, find the least polluting solutions. Currently many people… Read more »
Vote Up10-7Vote Down
railwayphil
If the line was reopened back to Ventnor how convenient would it be for the town? Not very at its altitude. And a new water treatment station has been built across the tunnel mouth adding to the cost. I walked through the tunnel 10 years ago and it now houses water and other services which would need to be relocated. This is ignoring the Wroxall trackbed issue… Read more »
Vote Up6-4Vote Down
loveeveryone
To be effective in reducing car use needs very high turn up and go frequency without needing a timetable, and to get as close to where people want or need to go as possible. This can be achieved for the Isle of Wight Looking at impact rail improvements, often they have a great socio-economic benefit e.g. when the train service was improved through West Sussex in 2007… Read more »
Vote Up5-3Vote Down
eddo

As the existing proposed works to use the new trains is at present One Mil underfunded, as the additional works at Brading had been the subject of an oversight I some how doubt and further rails to other towns

Hopefully any feasibility study will not take pre-suppose the impractical idea of a huge viaduct over Fairlee Road and steep gradient down to Newport Quay….

Hopefully any feasibility study will not pre-suppose the impractical idea of a huge viaduct over Fairlee Road and steep gradient down to Newport Quay….

Vote Up11-16Vote Down
Tim
The track bed has been built across at Wroxall, there is a high pressure sewer main in the old tunnel and an industrial estate at the Ventnor end. Quite apart from that everywhere else is converting old branch lines to busways & cycle tracks but good old Bob’s vision of the island seems to be stuck in the 1950s somewhat like a slightly more recent version of… Read more »
Vote Up19-41Vote Down
Dalek
Usual old twaddle from Tim. Trains are the future, not the past. Most of the old branch lines that could be converted, have been. I don’t think anyone is still doing that now (could be wrong though). Extending a railway, if possible, is a commitment to the future, not clinging on to olden days. I am not a supporter (in any form) of our MP, but this… Read more »
Vote Up45-13Vote Down
Benny C

Absolutely agree with that, if this is real and not just fantasy padding to fill the day and claim some more expenses then it’s very welcome and . But from the local knowledge shared below the challenges sound severe.

Usual low IQ infantile ignorant comments from Dalek, but in all seriousness wouldn’t it be simpler just to reinstate the No.39 bus?