With the Isle of Wight Festival opening its gates on Thursday 21st June, the council are getting the Floating Bridge to run at the times the old service used to – 5am, then into the wee hours. 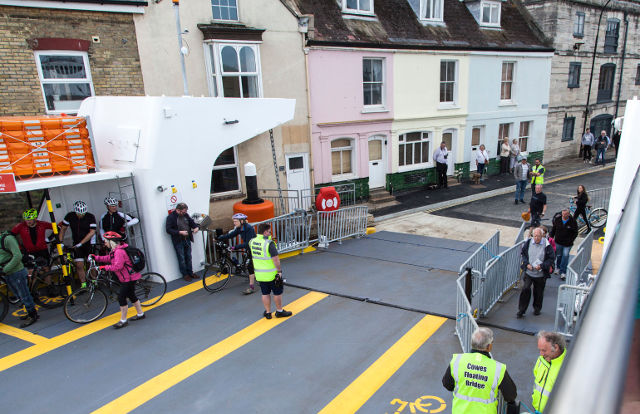 Looking back, eleven months ago, in July 2017, Cllr Ian Ward, the councillor responsible, said the 5am service would be reintroduced as part of the “return to full operational service” – Ed.

Early morning and late night sailings on the Floating bridge are set to return next week.

To help transport extra passengers, a revised timetable with services running up to 1.25am will be in place during the Seaclose Park event.

“An awful lot of work has been done to tackle the issues with the floating bridge.

“There’s still more to do but the noise issues are continuing to be addressed and we can now bring the ferry back for the early and late sailings.

“We’re committed to getting it right and we know this will have major economic benefits to both Cowes and East Cowes.”

newest oldest most voted
confidential
Cllr Ward is still making promises… Remember this article fron On the Wight ? https://onthewight.com/floating-bridge-operating-22-hours-per-day-for-cowes-week/ …yet nothing seems to have has been done by Cllr Ward in the past twelve months to ameliorate the noise levels and ensure the Floating Bridge is compliant with statutory requirements, other than fitting a couple of ‘Philips Stikasoles’ on the ramps. Has the IW Council Environmental Health Officer or an independent… Read more »
Vote Up230Vote Down
bbrown

“legal noise criteria” ?? So if you live alongside a motorway or railway line there is a noise level that can not be exceeded? Were any of the previous floating bridges quiet? simple answer is no they weren’t.

There have been several reports here about the large increase in noise levels from the new bridge. Here’s just one example: http://wig.ht/2fuw

Large increase from what level? I do not recall noise levels on FB5 being measured so is this just a matter of perception rather than factual evidence?

Vote Up2-5Vote Down
eastcowes
bbrown – yes, the noises on FB5 were measured as confirmed by the former floating bridge manager of 16 years, who also has said publicly over and over that this floating bridge can never be as good as the old one without massively expensive retrofitting (almost the cost of a new floating bridge). This floating bridge amongst many other noises has several problems that are above the… Read more »
Vote Up60Vote Down
johnr

Marvelous what happens for the ‘Festival’, Floating Bridge returns to normal operating hours, Tides permitting and a new temporary bridge to Newport Quay! Perhaps we should have one every month to get a few more things sorted out?
Not quite sure how this could be connected to Undercliff Drive though.

So it can be done – but only if John Gittings says so.
How many festival-goers will want to cross the Medina at Cowes at 1:25 am?