The MP says that house building is contributing to the dense mats of green algae negatively impacting on the Solent’s protected habitats and bird species. 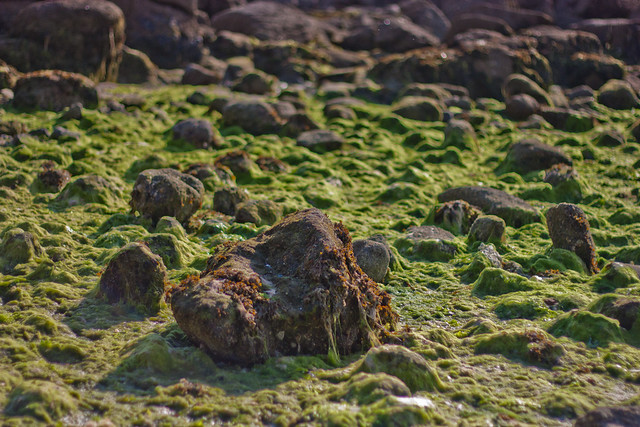 Island MP Bob Seely has raised concerns that uncontrolled large-scale housing developments could be harmful to wildlife in rivers and marine locations around the Island.

Mr Seely has written to the IW Council asking for information and assurances around a harmful process called eutrophication which sees the biodiversity of watercourses and the coast damaged by the introduction of phosphates and nitrates from new housing developments into the environment.

Nitrogen-neutral developments
Natural England say there is sound evidence that these nutrients are causing eutrophication – dense algae growth which denies other plant and animal life of oxygen.

Natural England advise that new developments in the Solent region should only be permitted if they are nitrogen-neutral to ensure wastewater generated as a result of new development does not harm the integrity of protected areas.

Will IWC follow neighbouring councils?
Following this advice Portsmouth, Fareham, Gosport, Havant and East Hampshire councils have all denied planning permission to developments near water courses draining into the Solent unless they are nitrate-neutral.

Bob is asking the IW council whether it also has – or intends to – use these powers to prevent harmful development.

“We must protect the wildlife we have in the Solent. Currently, the dense mats of green algae are negatively impacting on the Solent’s protected habitats and bird species and house building is contributing to this.

“We must take action to ensure that our eco-systems are not threatened by over-development – as they will be if the current Island Plan which envisages 9,600 new homes – is approved.”

Our MP is working very hard to stop our island being covered with more unsubstainable housing and it would be reassuring to believe our IW Council is listening to him (and the residents), but I fear they won’t be.

As seen in many supermarkets………WIGIG……..When its gone its gone.
(the green fields and green fields called brownfield)