Analysis of Government figures shows that compared to the previous year, Isle of Wight libraries had their funding boosted for the first time in five years. 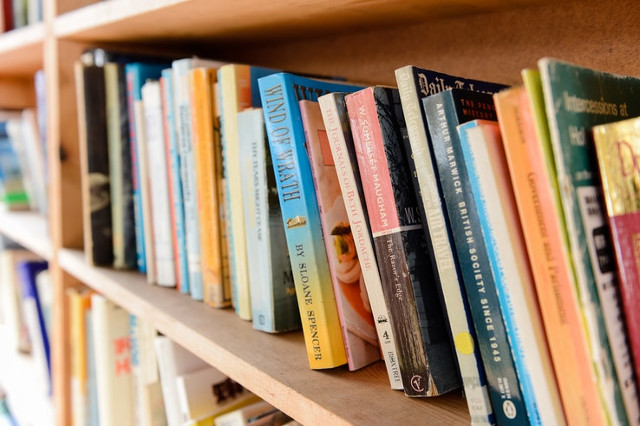 Isle of Wight libraries have had their funding boosted for the first time in five years, analysis of Government figures shows.

The Chartered Institute of Library and Information Professionals has urged local and national government to invest further in “properly funded, staffed and resourced libraries”.

Analysis shows that council spending on library services has increased over the past year, from £1.45 million to £1.48 million, after the figures are adjusted for inflation.

That’s an increase of 2%, after four years of spending cuts.

The halo effect
CILIP chief executive, Nick Poole, said that many local councils are “fully behind libraries as cost-effective ways to invest in learning and economic growth”.

“Properly funded, staffed and resourced libraries create a ‘halo effect’ that benefits local businesses, schools, communities and high streets, and provide estimated return on investment for local economies of up to £7 for every £1 spent.

“Very few public services reach so many people in person and digitally from such a diverse range of backgrounds.

“We are calling on national and local government to accelerate the modernisation of the UK’s much-loved libraries through a library renaissance, to create scalable and inclusive services that are a shrewd investment in our communities.”

“A library is an enormous social living room that anyone in the community can use.

“Investing in libraries is an investment in health and happiness.”

Funding decided by council
Although councils are legally required to provide a “comprehensive and efficient” library service, there is no specific funding provision for libraries from central government.

That means the decision about how much funding to provide to libraries rests solely with the local authority.

Petition to ring fence grants
An online petition for a ring-fenced library grant, which would protect library funding from being spent elsewhere, was rejected by the Government earlier this month despite attracting more than 30,000 signatures.

In its response, the Government said that its policy was to continue “giving greater funding flexibility to local authorities”.

But the Library Campaign said that this is “just one example of how cowardly and cynical central government is, leaving it up to the council to make whatever cuts it likes”.

Government needs to ‘give a damn’
Miss Swaffield said:

“Having a ring-fenced grant would help, but what would really help is to have a government that gave a damn about libraries.”

The Ministry of Housing, Communities and Local Government said that £1 billion of extra funding would be made available for local government to “address pressures on their needs”.

“Local authorities are responsible for their own funding decisions, but over the next two years, we are providing councils with £90.7 billion to help them meet the needs of their residents.