As well as asking Isle of Wight MP his views on the Supreme Court ruling today, OnTheWight asked Isle of Wight politicians their views. 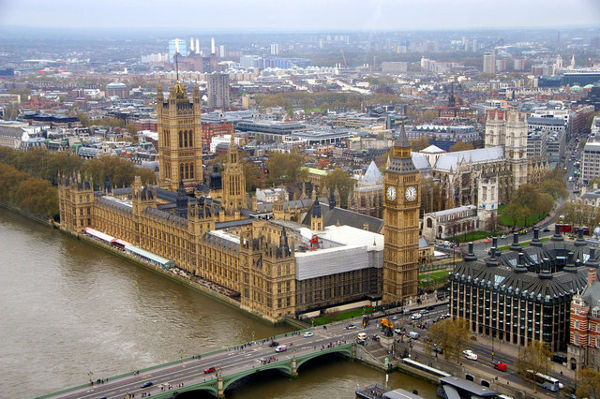 As well as putting questions to Conservative Isle of Wight MP, Robert Seely about the Supreme Court ruling today (he still hasn’t answered our questions), OnTheWight also reached out to the other political parties on the Isle of Wight for their views.

Shown in order of when we received the replies.

“This is devastating for the PM and his team. Showing them up to be devious, anti parliamentary and foolishly gung ho with the major political decision of decades.

“Scary that is even suggested. The Government claimed it wasn’t about breixt but then put no evidence forward and claimed complete freedom to close down our Parliamentary democracy.

“I had expected the island MP to put out a a sensible statement recognising that Johnson got it wrong but Bob Seely demonises the legal system then tries to justify it by rewriting what has happened on the last three years. Clearly from the school of don’t apologise, don’t explain and attack anyone who disagrees.

“Disappointing from someone who is supposed to unhold the law and worrying for civilized debate.”

“Johnson must now resign. In the same week we discover he was directing hundreds of thousands of pounds of public money to one of his girlfriends, we now have a unanimous Supreme Court judgement finding he has acted unlawfully in suspending our democracy. The man is corrupt and crooked. By some distance the worst individual ever to occupy 10 Downing Street. He must resign, by any standards of law, morality or decency.

“I hope islanders remember, when the next election comes around, that Bob Seely was a vocal supporter of this crook. Given that Johnson’s record of dishonesty and criminality stretches back many years, that was a crashing error of judgment.”

Green Party
Vix Lowthion, the Prospective Parliamentary Candidate for the Green Party on the Isle of Wight, said,

“Johnson prorogued  – and has been judged to be a rogue. Unanimous verdict from all 11 judges demonstrated the enormity of what he did; no Prime Minister has ever acted so arbitrarily and so wantonly.

“Boris Johnson must now return to Westminster and face full accountability for his actions in the Commons. No man is above the law!”

Brexit Party
Peter Wiltshire, the Prospective Parliamentary Candidate for the Brexit Party on the Isle of Wight, said,

“My view is that the judges have made their decision and it is final. Boris Johnson achieved nothing by proroguing parliament, except to unite the ‘remain’ opposition against him.

“However, there are serious questions over the constitutional precedent this ruling has set.

“I  believe the judiciary is unbiased.”

Islanders against prorogation
For the last three Saturdays, Islanders have gathered in St Thomas’s Square to protest at the prorogation.

A spokesperson for the non-party political Islanders For Europe had said,

“This government has not shown any movement in their belief that they can suspend Parliament and rule without accountability until the middle of October.  We will not allow them to shut down debate – and will fight their dictatorial actions all the way.”

Bob Seely has still not provided answers to our questions.

Image: Christine Matthews under CC BY 2.0

Geoff, the leader of the island Labour Party, Julian Critchley, was ask his view by OTW.

As an embittered member of the same party you haven’t been prevented from expressing your opinion here in the comment section, so why are you throwing your toys out of the Pram?

I am not a member of the Labour Party.

Never been a member of the Labour Party?

Only for 35 years until last year. I am now a Labour Leave supporting independent.

Vote Up4-1Vote Down
Mark L Francis
The Rule of Law does not mean just that citizens must obey the law, but that the state must obey the laws too. The laws are made by the legislature (Parliament)not by the executive (Johnson). If the Prime Minister rules without Parliament, he will make up laws as he goes along. This is well illustrated by Emperor Palpatine in Star wars sayings (unlike Bojo I do not… Read more »
Vote Up3-5Vote Down
block8

Vote Up1-2Vote Down
Geoff Brodie
As a longstanding Island politician of more than quarter of a century, I didn’t realise I had suddenly become non-political after all those years and not worthy of asking ! OTW have asked 3 Remainers, a Remain pressure group and the Faragist Brexit party. Hardly balanced. I believe I am an example of a significant voting group in the UK – mainstream Labour supporters, who want to… Read more »
Vote Up4-14Vote Down
Sally Perry

We asked the official spokesperson for each party on the Island.

That excludes and discriminates against other elected politicians. Neither of the Labour or Brexit parties have any elected representatives on the IW. For example there are 13 members of the IW Council – one third – who sit under no party label.

Let’s have a 2nd referendum then no one will be ‘discriminated ‘ against.

I see my response has been censored.

Nothing has been ‘censored’. For an unknown reason the last few entries of yours have automatically gone into moderation queue. I’m trying to work out why, but haven’t got to the bottom of it yet.

In which case, apologies.

Proroguing was not ‘badly handled’ it was illegal.

This was on the news today, honest.

Vote Up17-7Vote Down
henry
The continuous spat between Geoff Brodie and Julian Critchley is a microcosm of the nonsense between Tom Watson and Jeremy Corbyn. For a party in opposition it’s pathetic. It’s why Labour will never be elected on the IW. The Conservatives, with Dominic Cummings, have their finger more on the pulse of public opinion, the vast majority of the British public, leave or remain, are fed up with… Read more »
Vote Up5-18Vote Down