Letter: I think our voters are smarter than the Our Ryde candidate believes

The Conservative candidate for Ryde North West challenges the views expressed by Our Ryde contender for the same seat, Phil Jordan 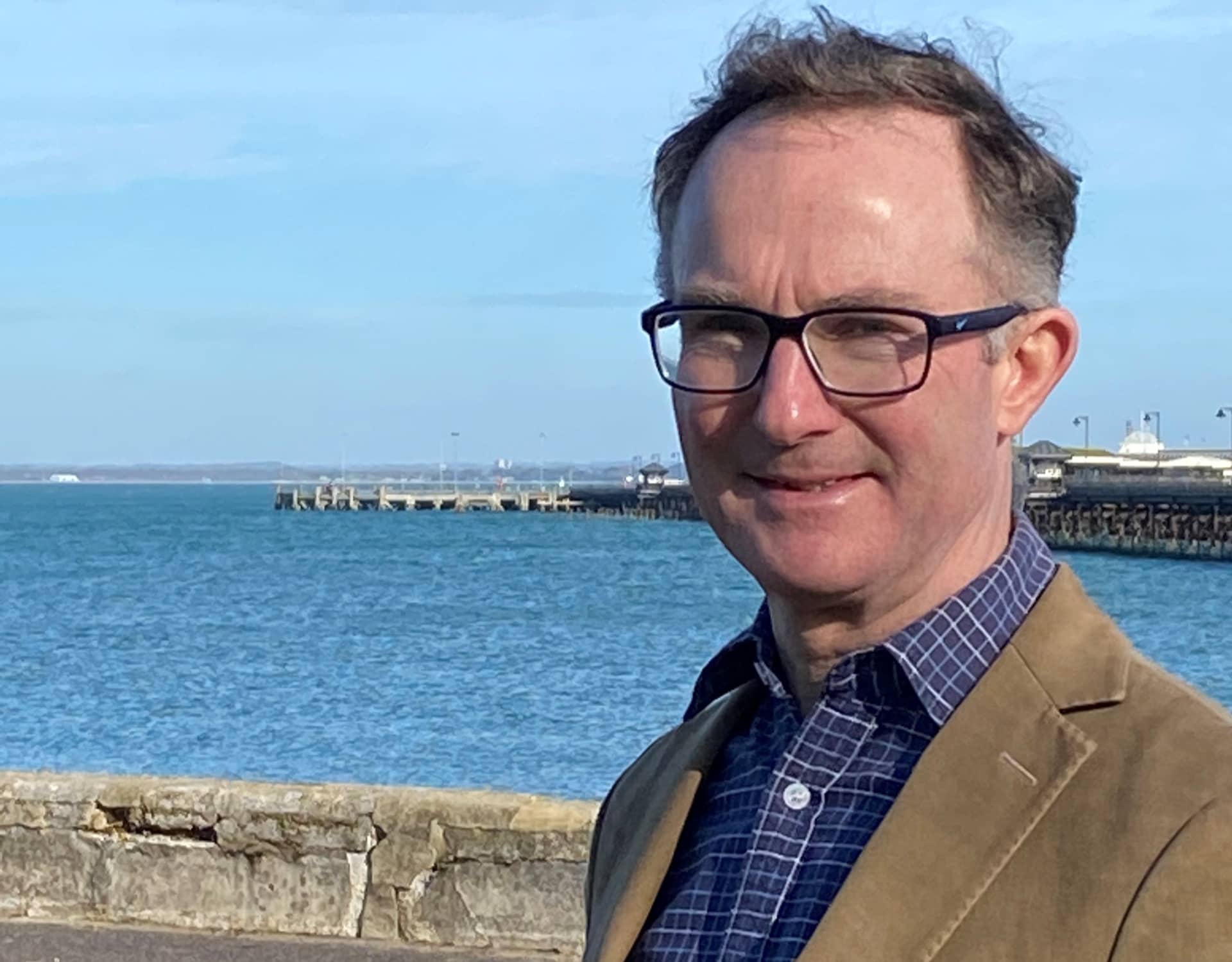 I have just read Phil Jordan’s letter dated 12 April alleging ’sham and deception’ and would like the opportunity to respond to what I believe are the many misleading points he makes.

Mr Jordan seems to believe that voters are so dumb that they won’t realise that the person appearing on their voting slip for parish or town council without a party name is the same person whose name appears on the County Council voting slip which they will be handed at the same time. I think our voters are smarter than this and that nobody is having the wool pulled over their eyes.

Since the very definition of politics is about making decisions in groups, I fail to see how any person standing for election to a group decision-making body whether it be a town or parish council could be non-political unless they plan not to attend any of the group decision-making meetings.

Nomination papers
It is a trifle misleading to then say, as Mr Jordan does, that parish and town council nomination papers “allow for political party entry”.

In fact, nomination papers have a box marked ‘Description’ and the Electoral Commission has this to say about that box:

“At parish and community council elections party and independent candidates can, at the discretion of the Returning Officer, use a description not registered with us. As long as the description does not exceed six words in length and cannot be confused with a registered political party.”

It is simply not the case, as Mr Jordan tries to imply, that candidates are asked whether they belong to a political party and that many people aren’t answering that question.

Meetings I have observed have always adopted the democratic system of voting by individual members and, when observing such meetings, I have often seen councillors from the same party vote differently which I don’t think would be the case if Mr Jordan’s claimed ‘whipped’ system actually existed in reality.

Write to Electoral Commission
To suggest that it is a distortion of democracy for ‘politics to take over town and parish councils’ is a very peculiar allegation given the definition I mentioned earlier.

Mr Jordan may not like the fact that the rules governing elections to parish councils are different to those which apply to other levels of local government, but that is a fact and he should direct his correspondence towards the Electoral Commission if he wishes this to change.

Place of residence
I note that Mr Jordan is standing for three positions in the forthcoming elections:

I don’t know where Mr Jordan lives or is registered to vote but he does seem to be hedging his bets a bit here and the slogan ‘Our Ryde, Our Town’ would ring a bit hollow if he actually lived somewhere else (such as where he was standing to be a parish councillor), wouldn’t it?

I also believe that most electors will select their preferred candidate by reading their literature and listening to what they say rather than just seeing which party they may belong to.

Labour candidate
As an aside, I note that the Labour candidate in Ryde North West – Phil Truckel – is taking the same approach as me: party affiliation at county level, but no description at town level. However, he seems to be missing from Mr Jordan’s list of “undeclared party candidates”.

Anyone would think that Mr Jordan didn’t want to highlight another contender for the seat he is hoping to win.

I, on the other hand, am happy to highlight Mr Truckel’s candidature. I fully expect Ryde North West to be a Conservative vs Labour battleground.

Filed under: Election, Letter to the Editor, Ryde, Isle of Wight

12 Comments on "Letter: I think our voters are smarter than the Our Ryde candidate believes"

Vote Up70-4Vote Down
peterj
Is he seriously trying to argue that there has been no party political interference at the town and parish council level? Methinks he is the one that is taking the electorate as fools. Is he completely unaware of the recent contemptible behaviour by Labour members on Ryde Town Council? Many people do not have the time or the desire to spend in checking out what party a… Read more »
Vote Up550Vote Down
Geoff Brodie
Please do not associate all Labour members with the two political charlatans that tried to destroy Ryde Town Council or what happens in Bembridge since a certain person got involved. Newport & Carisbrooke Community Council has had unlabelled Labour members and this former, long-time Labour member on it for all of its 13 years and they are widely recognised as being a force for good. The same… Read more »
Vote Up22-8Vote Down
VentnorLad
Be realistic Geoff! People will closely associate members of the same political grouping. It’s human nature. “Labour”, “Independent Labour” or “Unlabelled Labour” are simply “Labour” to the electorate. It’s time for the splintered and divided democratic socialists of every label to get their act together and start working as one to give us a sensible alternative to the increasingly terrifying and extreme right wing Conservatives. I stopped… Read more »
Vote Up19-5Vote Down
Ian Young
The problem is that many in today’s Labour party are not in fact democratic socialists, splintered or otherwise. To be fair they have never claimed to be marching under this banner. Many joined Labour because they truly believed that the then new leader was moving the party to a radically different position on the political spectrum. It is very difficult to unite a party when a substantial… Read more »
Vote Up5-2Vote Down
Mark L Francis

Apparently nobody in the Labour Party is allowed to support JC or criticise Starmer or David Evans on pain of expulsion. To do so is – it seems – “anti-Semitic”, as is any criticism of Israel. Whilst they are laying off staff, they are also employing an Israeli spy to monitor everyone. Or is he employing them?

Vote Up3-3Vote Down
mclagan01
In my opinion just the last two lines of Steve Sheridan’s reply to Phil Jordan have any substantiality. “I fully expect Ryde North West to be a Conservative vs Labour battleground”. Aren’t voters fed-up with the two big political parties carrying on like this? Does this help Ryde? Seemingly Steve Sheridan wants to turn Ryde North West into his personal battleground for his own political ambition? I… Read more »
Vote Up55-4Vote Down
chausettes
While you’re crediting the electorate with some savvy Steve, do you care to explain why you felt the need to delete a significant amount of your own tweets from your Twitter account? Did Mr Pugh tell you to do this? Did Mr Pugh (or you) think there was something that wouldn’t play well with the voters? Was it some of your ‘unwoke opinions’ that are now gone?… Read more »
Vote Up43-4Vote Down
garrywillis
David Pugh (born 1980 in Newport) was a Conservative councillor and served as leader of the Isle of Wight Council between September 2007 and May 2013, making him the longest serving leader of the local authority since its inception in 1995. He was first elected to the Isle of Wight Council at the local elections in May 2005 as a member for the Shanklin Central Ward, re-elected… Read more »
Vote Up100Vote Down
Eagle eye

Chair of Conservative Party, Isle of Wight. Still running the council behind the scenes which is why the island is in such a mess. More or less the same as he left it when he lost his seat.

Vote Up120Vote Down
jolly123
Good Morning not going to get into the Politics debate, so this is not about the elections for the IWC. What I find difficult to comprehend is if you do not live in the Town or Parish Council area where you are standing for election why are you standing. If you get elected what gives you the right to decide how the Community Precept is spent when… Read more »
Vote Up100Vote Down
garrywillis

Who may I ask is David Pugh who appears to be promoting Steve Sheridan????