Letter: Isle of Wight Council ‘most short-sighted, ignorant and stupid collection of officials’

The upcoming restriction on size of trailers allowed at the Isle of Wight’s rubbish tips is a subject that has been raised before and will come up again. 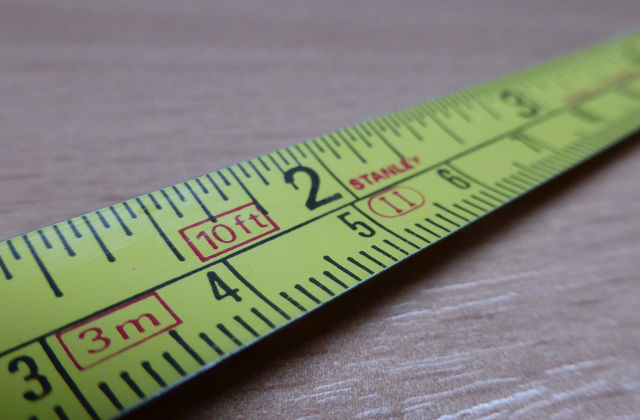 We always welcome a Letter to the Editor to share with our readers – unsurprisingly they don’t always reflect the views of this publication. If you have something you’d like to share, get in touch and of course, your considered comments are welcome below. This from Gordon Payne. Ed

I took some assorted household waste to the recycling centre at Lynnbottom this week. Most of it was in my trailer. At the entrance, a member of staff advised me that, from 5th June, no trailer longer than 1.8 metres would be allowed to use the centre. He measured my trailer. It is a standard two metre trailer. He told me there was nowhere on the Island I would be able to use my trailer to recycle waste after 5th June.

While I was emptying my trailer into various skips, a council van pulled up at the General Household Waste skip. The man who unloaded this van told one of the members of staff that this van-load of assorted rubbish was from yet another fly-tipping incident that had been reported.

Three simple questions
A number questions have to be answered about this.

Most short-sighted, ignorant and stupid collection of officials
When I lived in France, every encouragement was given to householders to recycle all their rubbish in one of the many recycling centres, with no charges. I never saw an incidence of fly-tipping in the years I lived in France.

Of all the places I have lived, in England and abroad, the Isle of Wight Council is easily the most short-sighted, ignorant and stupid collection of officials I have ever had to pay taxes to.

Filed under: Island-wide, Isle of Wight Council, Letter to the Editor

16 Comments on "Letter: Isle of Wight Council ‘most short-sighted, ignorant and stupid collection of officials’"

Feels like they went with the best deal financially for them when they issued the contract. If anyone stood back and tried to look at what we’re trying to achieve for a clean, tidy, recycling island trying to help the residents paying for it…this wouldn’t be it.

Vote Up00Vote Down
Phil Jordan
Earlier this year I took up two ‘complaints’ from residents about this very issue. I have to say that the response I received was also ‘unhelpful’. There is another curious parameter that also leaves one head scratching when trying to consider the reason it has been implemented. So, in a reasonable response, the idea that some residents wish to use a commercial vehicle to deposit household waste… Read more »
Vote Up00Vote Down
Caconym

The irony that they are banning the most convenient vehicle for fly tipping ( reverse into field, tip, done) from disposing of waste legally.

I’ve raised the trailer issue with my new ward councillor. The proposed 1.8m trailer limit is quite arbitrary, and I suppose I’m narked as my trailer is 2m! I’ve got two cars and there’s more than 0.2m difference between them.

Still I probably visit on average once every other year.

All a bit short sighted and silly.

Vote Up00Vote Down
tyke
There has been a total lack of scrutiny of the waste contract. It is not even currently available for public scrutiny which I would have thought would trouble many on here who are champions of openness and transparency when it suits. From what I can gather there are a whole host of issues with the waste contract that do not get aired. Hopefully that will change now… Read more »
Vote Up00Vote Down
Robert Jones

I remember a senior councillor in the last Tory administration indignantly telling me “I don’t read contracts! That’s the officers’ job!”

Tells you all you need to know about scrutinizing contracts if that attitude has persisted beyond her time.

@tyke
this change was made by the new addmin? so do not try your old tory tricks of blaming the last lot .Typical Tory’s lets lay the blame at the independents door not our fault gov

Vote Up00Vote Down
Phil Jordan
To be absolutely clear on this. The Independents proposed an ‘alternative’ budget in February 2017 that did not see the closures and restrictions on the waste depot and opening. That budget was voted down by the then alliance of conservative/IMG/Ukip members. Tosh, you are correct in the broad sense. The problems that are affecting our community and through the cuts to local services are brought down, since… Read more »
Vote Up00Vote Down
mick

I think the previous council did quite well to keep the Household Waste sites open and free for most people. With a newly elected Conservative Council expect more cuts and austerity – so probably more restrictions on opening times and charges for all.

Mick. Let’s have this right.
Forest Road recycling centre closed as a public amenity site under the Indies. At a stroke the number of recycling centres available to the public was cut in half with all the resulting increased miles spent criss-crossing the Island on route to the remaining facility.
Proper forward-thinking environmental awareness that.

That doesn’t mean there will not be more changes to opening times, restrictions and charges. The Conservative Council have already committed to another £21million of cuts in the next three years and proposed more income generation, what better way than charging people to use the recycling centre. Consider voting against austerity at the general election.

Vote Up00Vote Down
Phil Jordan
Tyke, Let’s have it right also. The forest road depot was closed because it had to be rebuilt. It was not closed as a permanent feature. Let’s not go over the whole issue (again) of how the parameters of the waste contract were set before the Independents took over in May 2013, were unchangeable under EU tendering regulations and there was no time left to ‘re-tender’ for… Read more »
Vote Up00Vote Down
ian123
It has to be said that the behaviour of some trailer owners can be very selfish. A few times I have sat in a queue of cars at Lynbottom waiting for a free bay, because a car and trailer has parked across the whole garden waste parking area, and watched the driver amble about slowly unloading their rubbish apparently ignorant of all the people waiting for them… Read more »
Vote Up00Vote Down
johnr
In reply to Ian 123, I have come across this problem when I used the facility to unload my 1.8m trailer, I waited until a ‘lane’ was free, reversed in complete with my trailer taking up 1 space, when one of the attendants, who I must say was very polite instructed me to not park there as my front bumper was slightly overhanging the line, instead I… Read more »
Vote Up00Vote Down
colinteller

I would agree with the general sentiment that the changes to waster regulations since the award of the contract to Biffa is likely to increase fly-tipping.

I have also heard that the contract is for a term of 25 years! If so that is worrying, if not surprising given the reputation the IOW council enjoys when it comes to contracts and planning permission…

I never thought that i would agree with the comments of the above letter. Having seen the resulting debacle concerning the Wight Elephant that is trying to emulate a chain ferry across the Medina, i can only agree with the original sentiment.