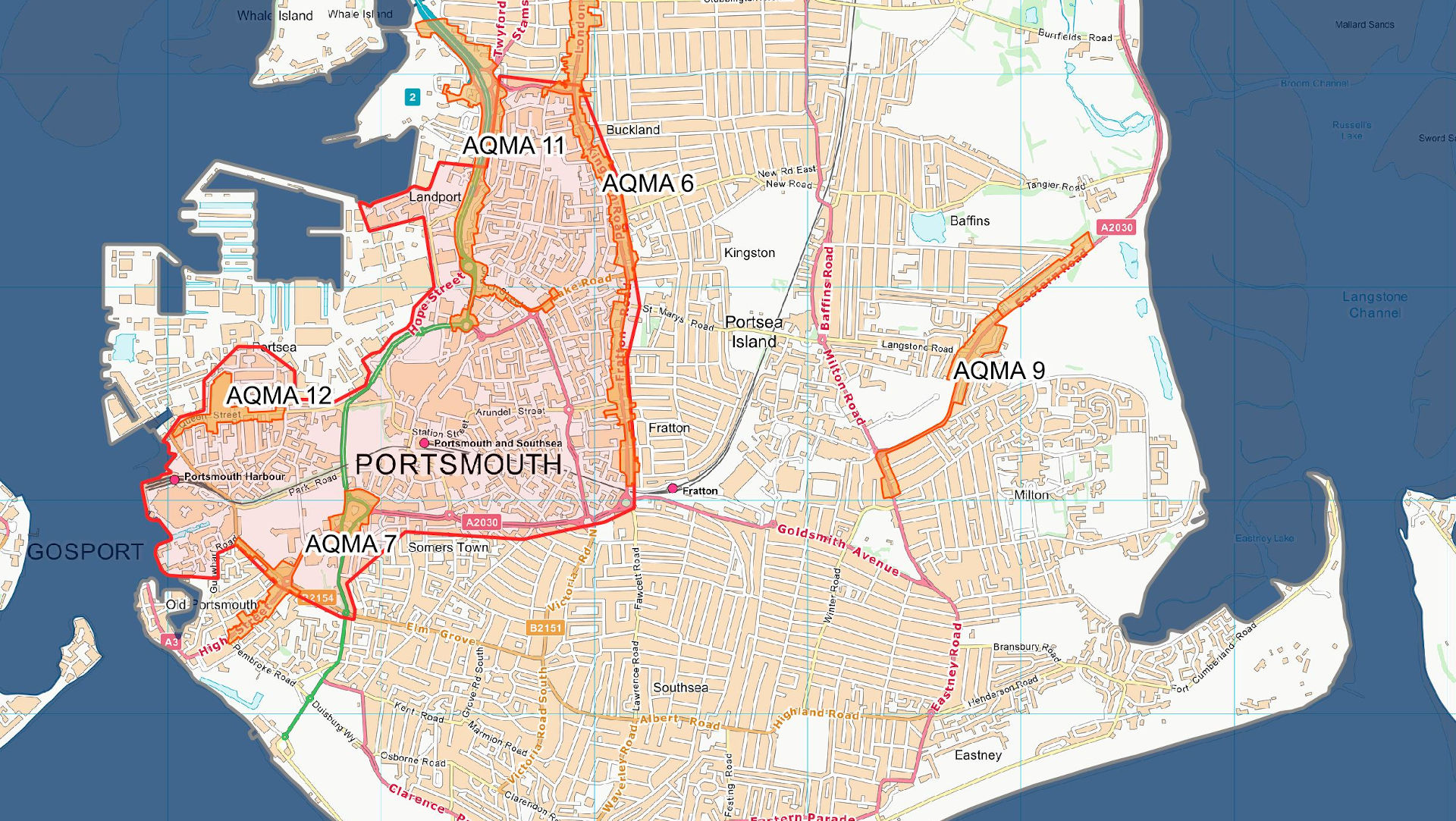 ‘Non-compliant’ vehicles will be charged to drive in some areas of Portsmouth by the end of next year (2021) in a bid to improve air quality.

As a result, these vehicles will have to pay to enter a small area of the south west of the city, in a move the department for environment, food and rural affairs (Defra) believes will drop nitrous dioxide pollution (NO2) to a ‘safe’ level.

“A clean air zone is not our preferred approach to addressing air pollution in Portsmouth, especially during these unprecedented times, but we have to comply with the ministerial directive or face legal action from government.”

Cost of implementing CAZ
Portsmouth council has been allocated more than £6.2m to improve air quality in Portsmouth, including the cost of implementing a zone. Of this £1.6m will be used to help people make their vehicles compliant that would otherwise be charged.

“My usual concern is that the council is being optimistic about what will achieve compliance and that Defra isn’t being critical enough.

“Defra will only fund the council for what they think will meet the minimum safe standards. It might need more than this though.

“We will have to wait and see but it is definitely a step in the right direction.”

Under EU guidelines the safe limit of NO2 is 40 micrograms of NO2 per cubic metre of air.

Previously the council said the clean air zone charge could be up to £20 a day.

The council will now carry out further technical modelling to inform the full business case that is due this November for approval by government.