Reports of horses slipping on resurfaced roads leads to meeting

Horse owners on the Isle of Wight get to express their concerns about their horses slipping on newly-resurfaced roads, but told no quick fix. 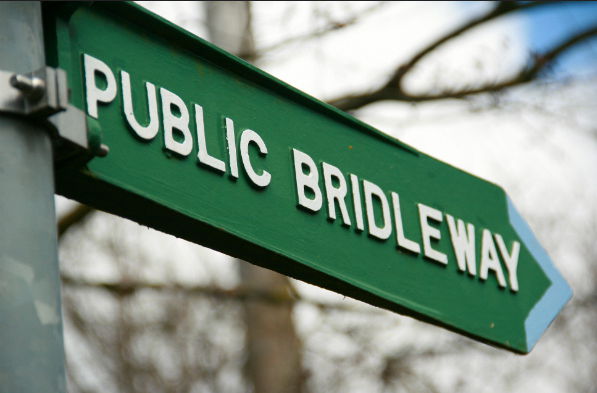 This in from Isle of Wight Conservative MP, Andrew Turner’s office, in their own words. Ed

After being contacted by a number of Island horse riders, complaining about the slippery state of some newly resurfaced roads, the Island’s MP, Andrew Turner, last week arranged a meeting with representatives of Island Roads, Chief Executive of Island Roads, Scott Wardrop and the Isle of Wight Council’s Head of Planning and Regulatory Services, Bill Murphy, to allow representatives of the Island’s equestrian community to air issues and seek answers. The meeting was also attended by Cllrs. Jonathan Bacon and Phil Jordan.

Regional Director of Island Roads, Phil Horton, responsible for the PFI contract, gave a technical overview and the reasoning behind what was being done. He explained that at 30% the Island has a comparable concentration of bridleways to road length as Wiltshire

Horse riders are major road users
Trish Merrifield, Chairman of the Isle of Wight Bridleways Committee, stated that there are 2,512 working horses on the Island, potentially contributing seven million pounds to the Island’s economy.

She pointed out that horse riders were major road users, particularly since problems with the connectivity and insufficient number of bridleways means they are often forced to use the roads.

Other representatives of the Island’s equestrian community present echoed her words, and it was conceded by both the Isle of Wight Council and Island Roads representatives that insufficient attention had been paid to their needs during the negotiation of the PFI contract.

Views of the experts
Following Mrs Merrifield’s words, equine vet Ben Chilvers explained that there is no industry test which tests the impact of horses and metal shoes upon newly laid asphalt. He went on to show a video explaining how a horse moves, to demonstrate through their natural movement an element of slippage is required.

He was followed by Farrier, Andrew Casserly who showed the difference between road nails and pins and the way in which they should be used.

He explained the technical reasons behind their choice of materials for the resurfacing and explained that, there was really no quick fix for the problem although a number of possible options will be explored.

“I am grateful to Mr Wardrop, for agreeing to this meeting and arranging for representatives of Island Roads as well as an equine vet and a leading farrier to attend to hear concerned members of the Island’s equine community voice their concerns and try and get some answers. I was happy to support them in that.”

Bill Murphy agreed on behalf of the Council to look at the bridleway issues and stated that there could potentially be some funds through section 106 agreements to enable this to be addressed, although this wasn’t something that could be done immediately.

“At last Island equestrians have been listened to and, although the meeting did not produce an instant remedy for our slippery road surface issue, some very positive and constructive suggestions have been put forward to be actioned.”

“We held a forum today at the request of Mr Andrew Turner MP and with the Isle of Wight Council to listen and understand the concerns of the equestrian population on the Island with respect to concerns over certain types on new road surfaces.

“We heard from Ben Chilvers, a leading equestrian veterinary Director, who explained the physical movement of horses and the slip action on hard surfaces. We also heard from Andrew Casserly, a renowned expert Farrier, who highlighted the different types of shoes and in particular the benefits of road pins.

“There was Jonathon Core, an expert road pavement consultant, who discussed the relative characteristics of the three principal types of asphalt surface courses – this highlighted that all design and testing is very much geared to skid resistance of wheeled vehicles, which was also confirmed by the veterinary expert. We heard from George Batten, previous Chairman of ADEPT, and Stephen Child, co-author of guidance to Local Authorities, who advised that certain Authorities use certain surface courses and others specific alternatives, some apply a grit and some do not; but there was no definitive solution for horses during the period just after laying of asphalt – some put out warning signs and some do not. Mr Batten advised that Devon County Council have a very low number of bridle paths and have brought in a route by route based strategy to deal with equine risks on an area / road with close engagement with the local equine community.

“While this has not come up with a new solution, the closer working and understanding has helped reduce risks. Mr Bill Murphy, of the Isle of Wight Council, thought this was a good step forward and said he would look to develop such a strategy for the Isle of Wight using this good practice.

“In summary, there did not seem to be a clear solution or alternative for horse traffic on the highway between the many Bridleways, although it was recognised that there was an outstanding need to improve the linking of the many bridleways on the Island.

“We have agreed, together with the Isle of Wight Council and the Isle of Wight Bridleways Group, that we will continue to talk, consider and review in line with the good practice from Devon, to see if there are things that can be tried to alleviate the problems horse riders are facing.“

Image: karen jackson under CC BY 2.0

Well won’t be holding my breath on this one! They may take a more rapid stance when a serious injury or poss death comes back at them! They cannot say they were not informed. As usual a load of waffle Murphy/Turner. Words are CHEAP

Vote Up00Vote Down
Jo Dunn
So once again the equestrians on the island were not invited to this meeting! And the issues were not resolved, perhaps it would have been wiser to have an island vet and farrier who knows the island horses and the roads we are having problems with! I really do believe we have been very lucky not to have had a fatality yet due to the surface of… Read more »
Vote Up00Vote Down
Colin
Perhaps instead of blaming the road surface, the composition of the horse shoes should be looked at. For once, the Island has some decent surfaces that have been planed and relaid, rather than being tarred over with chippings added. The chippings method would give better grip to horses, but are only short lasting for vehicles. I can’t believe that the Island is the only place where there… Read more »
Vote Up00Vote Down
Colin
Had a further look on the web at horse shoes and came across some old forum posts. Here is a happy customer’s post from 2005. Maybe this is something that owners on the Island could resaerch and try. Postby Rachael B » Mon Mar 14, 2005 9:06 pm Great news!! I asked the new yard farrier to shoe my mare today when he came to the yard.… Read more »
Vote Up00Vote Down
Colin

“I have road nails put in my old boy’s shoes – has made a huge difference, we have a few very slippery roads around us.

No need to worry about studding up – the farrier just knocks a couple in when he shoes them.

It’s made a big difference. I really hope your farrier can help and pop some in.”

Oh Dear Colin you have misread the post! The horse clearly had other health issues unrelated to a road surface hence remedial shoeing.
If you put studs on your shoes such as wearing FOotball boots 24/7 I think you would find your joints starting to hurt.
Is this what human beings want for animals and is this acceptable. Certainly not I hope.

My farrier didn’t do 5 yrs training for me to tell him his job!!! My mare has rd studs all round you are welcome to Sit on her when she is slipping and sitting on the floor to see how dangerous it is!!!

Vote Up00Vote Down
Colin
Ha, thanks for the offer, but no thanks. I used to ride in the 1970’s and disliked road riding then; I was never particularly confident on the road for the same reason of slipping hooves but that was more down to the amount of oil that the cars used to drip onto the smooth, worn down roads where I lived. I was just trying to look at… Read more »
Vote Up00Vote Down
Colin

Have a read of this discussion forum.

Vote Up00Vote Down
darrenwray1970
This subject interests me greatly, I fell off my bicycle riding in a straight line on a new road surface in September and broke my ribs. I have always felt that it was extremely strange, especially with the amount of mileage I have covered around the Island in previous years and no such thing had occurred to me. I did consult with a personal injury company, who… Read more »
Vote Up00Vote Down