The Community Bus route has been extended to include St Lawrence. 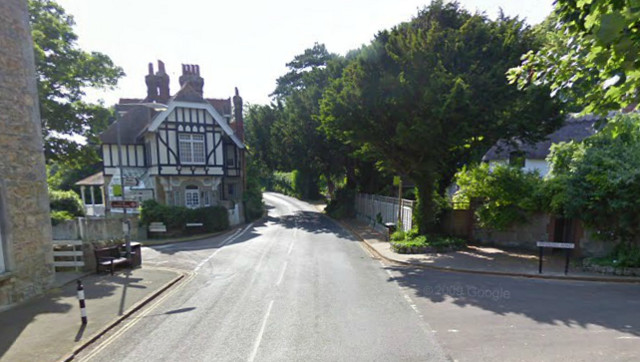 Further to his article at the beginning of the month about lack of bus service for Niton Undercliff and St Lawrence residents during the extended geo-technical road works, Jon Young is able to provide a positive update to the story. Ed

The bus link between Ventnor and St Lawrence, cut when major engineering works on Niton Undercliff led to the diversion of Southern Vectis’ No. 6 service, has been restored thanks to an agreement between Ventnor Town Council and a private operator.

Minibus Plus, which runs the No. 31 local service around Ventnor, is now running three buses a day, five days a week, to St Lawrence, extending the route from the Botanic Gardens out to Spindlers Road and back. The revised timetable is below.

Diversions due to geotechnical roadworks
Undercliff Drive, between St Lawrence and Niton Undercliff, was closed to through traffic last week for six months, to enable the road to be stabilised as part of Island Roads’ PFI contract. All No. 6 buses were re-routed through Whitwell.

On Monday of this week the Ventnor Town Council agreed to foot the bill for Minibus Plus’s application to the Traffic Commissioners for a licence to operate the St Lawrence route; and to pay £5 a day towards the cost of running the service.

Community bus partnership
Meanwhile Niton and Whitwell Parish Council is still pressing for a bus service to be reinstated between Niton village and the Undercliff – another part of the route dropped by Southern Vectis at short notice last week.

Route No. 6 is run as part of the Island’s Community Bus Partnership, a joint venture between Southern Vectis, the IW Council and parish and town councils. Some buses are driven by volunteers.

The ‘Buddle loop’
Southern Vectis has now confirmed that a safety audit of trees in St Catherine’s Road and Sandrock Road has been completed.

These “Buddle Loop” roads form a circular route from Niton to the Undercliff and back, and were last used for buses several years ago. Southern Vectis had previously indicated that tree safety was the chief obstacle to reinstating the route as a temporary measure while Undercliff Drive is closed.

OnTheWight understands that an announcement on the future of the service is expected soon.