The official music video for Swan Levitt’s latest single was shot entirely on his phone camera over three days and features many parts of the Isle of Wight. See if you can spot yourself. 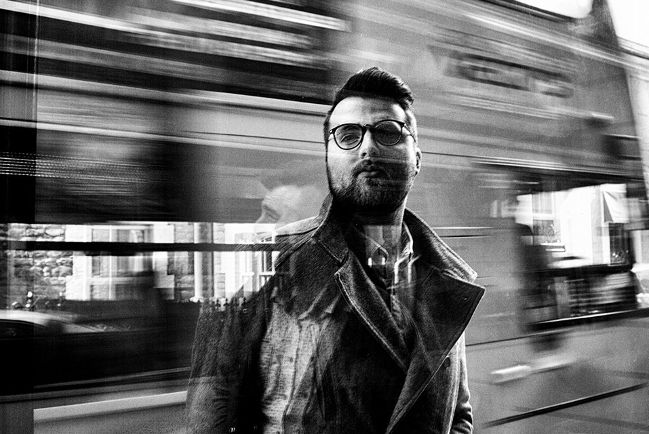 Swan Levitt – aka Isle of Wight singer song writer Josh Woodford – has been in touch about the official music video for his latest single, Codeine.

Josh tells us the entire video was shot using just his phone camera and took around three days to film.

He should have got Southern Vectis to sponsor it, because the video was shot all around the Isle of Wight after buying a rover ticket at the bus station and just catching whichever bus was leaving next.

Avoiding the clichéd landmarks
As you’ll see from the video below, Josh hasn’t opted for traditional Isle of Wight ‘landmarks’.

“I guess I didn’t want it to feel to clichéd, I liked the thought of the world just passing by…That meant filming ‘ordinary’ places.”

Big up for East Cowes
Asked whether there was anywhere he didn’t film, but wished he had, Josh told OnTheWight,

“I guess if I were to do it again I’d have travelled to East Cowes. It’s an underrated town. A lot of interesting people/buildings.”

We also wondered whether any of the passers by questioned what he was doing, or asked him to ‘smile’.

“There were many instances where people gave me strange looks. At some points I got rather embarrassed and flustered, pretended to take a ‘selfie’ and walked on to the next shot. Although, I do quite a bit of street photography, so photographing strangers isn’t… well, strange to me.”

Codeine – the video
Sit back for five minutes and watch the video, you never know, you might be in it.

The single, recorded at Studio Humbug with Boe Weaver via Organ Records, is available now.

Check the usual places to purchase or head over to the Swan Levitt Facebook Page to stay up to date with his work.

Truly wonderful, splendid and beatific music – the video is also impressive and the experience is an all round piece of incredible art – totally loved it all…

OK, apart from the bloke blocking the view.

As a 50 something year old, I love this Isle.
Loved the video too, and the music, recognised most places, thank you x