The Box Office records were smashed with almost 6,500 tickets for Ventnor Fringe Festival being sold. It’s no wonder those performing fall in love with this town and want to return. 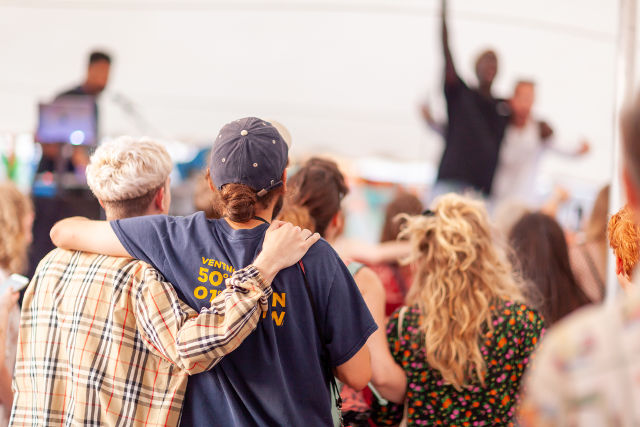 Three cheers for all those involved with the tenth Ventnor Fringe Festival, which proved even more successful for this very special anniversary.

The Fringe team went all out to ensure a huge range of shows to appeal to all tastes, from live music to theatre, comedy to dance, talks, walks, art exhibitions and plenty of family friendly shows. What’s more, many of them taking place in unusual and wonderful venues.

Visitors fell in love with Ventnor
The weather was far kinder than it’s been in previous years and as Ventnor basked in the glorious blue skies and sunshine, many of the visiting artists declared their love for the small town on the south coast of the Isle of Wight.

London rapper, Barney Artist and Chicago-based Pysch rock band, Post Animal both told their audiences how much they enjoyed visiting and wanted to return again.

“What an amazing 10th Ventnor Fringe! The sun was out all week, and our biggest ever programme brought performers from all over the world to our little town.

“Box office records where smashed, with nearly 6,500 tickets sold, on top of many attending free events and bars. It’s amazing to think this little project set up by a group of teenagers now doubles the population of the town!”

Make sure you put it in your diaries so you won’t miss out.