£50 bike repair vouchers issued to encourage residents onto their bikes

The first 50,000 vouchers were released last night and given on a first served basis. Details within 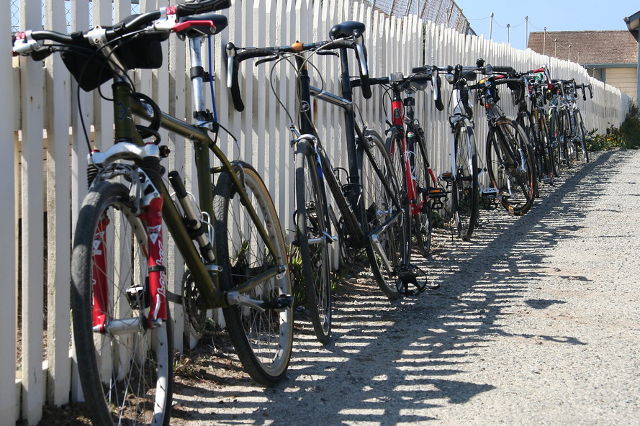 News shared by the office of Isle of Wight Conservative MP, Bob Seely. In their own words, Ed

Ambitious plans announced by Prime Minister Boris Johnson yesterday (Tuesday) to boost cycling and walking in England – in an attempt to get the nation fitter and healthier – have been welcomed by MP Bob Seely.

The Prime Minister’s vision commits to thousands of miles of new protected bike lanes, cycle training for children and adults and bikes available on prescription.

£50 bike repair vouchers
Also included in the plans is the immediate release of £50 bike repair vouchers – to encourage people to get their old bikes out of the back of the shed fixed and safe to ride – alongside the promise of new cycle racks and on street storage for those who don’t have space to keep a bike at home.

Shapps: We’re making it easier than ever
Transport Secretary Grant Shapps said this was a once-in-a-lifetime opportunity to create a shift in attitudes and get people walking and cycling as part of their daily routine.

“By helping to fix your bike – or get an electrically powered one; by increasing storage space at stations, on trains and buses; and by introducing more ways to keep pedestrians and cyclists safe, we’re making it easier than ever to make active travel part of your daily life, and leading England to become a great cycling nation.”

Seely: Pushing for Island to get as much support as possible
Mr Seely said:

“The Island has some fantastic cycling and walking routes, but we can do more. We need to go further to join the networks up and make it easier for people to choose to walk or cycle to get around the Island. But these improvements are not just to benefit Islanders, they will improve our tourism offer too.

“We have three critical routes that need developing – the West Wight Route linking Yarmouth/Freshwater to Calbourne, Newbridge, Wellow and Newport; the Gunville Greenway which will make it easier and safer for people to cycle in and out of Newport to the west; and Wootton to Ryde to allow quick and easy access to the centre of Newport.

“I will be pushing for the Island to get as much support as possible to develop its cycling and walking networks.”

The first 50,000 were released last night on a first come first served basis to those who register online. The Government said it will work closely with industry during the first pilot launch to monitor its success and adapt the scheme as necessary before rolling it out more widely.

More information about the ‘Fix your Bike Voucher Scheme’ can be found here: found on the Gov UK Website.

The problem is the online system. After failing to get much more than a blank screen and error message for an hour last night I gave up. Apparently the site briefly came to life between 4am and 6:30am and is down again!

Any bets that they are going to impose more restrictions going into your local high street on the premise that it will make it safer for fat people on two wheels ?

Vote Up6-2Vote Down
meggieandmouse2
So we are having to put up with more bikes. Racing round the countryside, on the Downs, in the fields, in the woods, in the grounds at Appledurcombe House, in parks and on pavements ! There is no escape from them. I cannot take my two dogs along any disused railway line now for walks. I have to watch and listen constantly. Bikes come up silently and… Read more »
Vote Up11-8Vote Down
Mark L Francis

Are you sure you haven’t got them mixed up with wasps?

Vote Up12-10Vote Down
nope, never ever

There are at least five at time of writing.