April is Sarcoidosis Awareness Month: Here’s an insight into the condition by a ‘sarkie’

About one out of every 10,000 people are diagnosed with sarcoidosis, a chronic, sometimes fatal disease that is not commonly understood. This Isle of Wight patient helps us to understand more about it during Sarcoidosis Awareness Month. 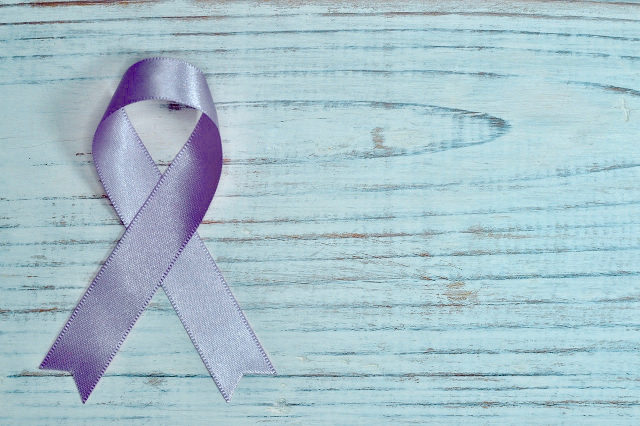 Our thanks to this OnTheWight reader for sharing an awareness-raising insight into sarcoidosis – a condition that affects 1 in 10,000 people. To protect their medical privacy, the author’s name is not revealed, but is known to OnTheWight. Ed

It’s hard to pronounce, difficult to diagnose, no one knows what causes it, it has no clear treatment, and there is no known cure for the rare disease, sarcoidosis.

A rare disease that can be anywhere and everywhere.

About one out of every 10,000 people is diagnosed with this incurable disease where lymphocytes and other cells clump up into small groups called granulomas that then interfere with how organs, bones, and/or nerves function.

One Isle of Wight resident with sarcoidosis, said,

“Those granulomas are like mini benign tumours, so depending on where they are and how densely they group together,  it can cause tremendous pain and a host of lung, heart, lymph nodes, kidney, nerve, spleen, liver, skin, and eye problems – anywhere in the body can be affected.”

Of all people with sarcoidosis, 90% have it in their lungs, including those who have it in other parts of their body.

Often diagnosed by biopsy and scans after years of attempted diagnoses and, at times, a misdiagnosis of lymphoma, sarcoidosis is thought to be an autoimmune disease, although this has still not been proven medically.

Temporary, chronic, and even fatal
Sarcoidosis sometimes can be symptomless with few or no problems, or it can drastically affect the daily lives of ‘sarkies’ to the point they can’t work and are very disabled, or even be fatal (fatal for about 5% of the cases).  Some patients require double-lung transplants and pacemakers.  There are few options for attempted treatment to calm it down, such as steroids and manage symptoms like pain including opioids.

It can be chronic (thought to be 30-40%) or last several years with no, little, or major permanent damage. However, new research is showing that some sarcoidosis initially thought to be temporary actually doesn’t go into remission, but becomes dormant, returning months or years later, at times different and/or worse than before.  There is also dated research from the old days of routine X-rays for tuberculosis that wrongly leads some doctors today to think that all sarcoidosis is symptomless and temporary.

Challenging and disabling in many ways
As with many ‘invisible-to-other-people’ illnesses, sarcoidosis patients don’t always get the emotional and medical support that they need, which after a period of time, can affect their mental health.

The Isle of Wight resident with sarcoidosis continued,

“Even though I had my lung biopsies, coughed up blood, have blood in my wee, and a host of other symptoms and positive medical tests, I did find a few doctors with bad attitudes, mostly because they had little knowledge about the disease – the old ‘don’t know about it and read somewhere that it can be symptomless so it can’t be that bad.’ It made me very angry.  But many doctors locally and the Royal Brompton in London – where my sarcoidosis specialist clinic is – have been phenomenal.”

“Of course it’s also difficult for me that I feel reasonably well one day and then bedridden, coughing, throwing up, and with extreme fatigue and organ pain the next day.  It’s made worse when people don’t see your disability and are judgmental and not understanding.  Some invisible but very painful and debilitating diseases prevent us from working or even being able to do basic functioning.  This can lead to mental health issues as well. Fortunately, I have amazing friends and neighbours who have been there for me and helped me adjust to my new ‘normal’.”

No two ‘sarkies’ are alike
Sarcoidosis is called the ‘snowflake disease’ because no one is affected in the exact same amount with the same organs, and symptoms and medical test results are often in flux.  Because of this, sarcoidosis research is extremely difficult as finding groups of similar people (gender, race, etc.) who also have sarcoidosis in the exact same organs the same amount is near impossible.

Not always over when it’s over
Medical studies show that some people still experience fatigue even when sarcoidosis goes into so-called remission.  It’s unclear why – maybe the medical tests aren’t sophisticated enough to detect sarcoidosis, or there might be lasting damage difficult to see, or there could be another disease or condition that occurs commonly with sarcoidosis causing the problems.  There are sarcoidosis patients who also experience continuing numbness and pain even when pulmonary function tests, chest radiographs, and other tests improve.

Researchers have discovered from autopsied bodies that more people who had chronic sarcoidosis also had cardiac sarcoidosis.  Cardiac sarcoidosis can be difficult to detect, even with the best PET CT scans and MRIs.  That’s why monitoring is important.

Some reputable medical studies are showing that some people with sarcoidosis may also have other autoimmune diseases as well, and have a slightly higher chance of developing lymphoma.

Another strange sarcoidosis fact is that most people with sarcoidosis actually can’t take vitamin D supplements because they produce too much vitamin D that, through a bodily process, ends up potentially interfering with calcification in the kidneys.

No genetic links have been proven, however, sarcoidosis does appear to affect more people of African descent.  It was thought that Scandinavians also were predisposed, but in reality there is only more incidence of diagnosis of dormant and symptomless sarcoidosis because Sweden had been doing routine chest x-rays, so they had a higher incidence of discovery due to x-raying large portions of their population for military fitness tests.

“A lot needs to be learnt about sarcoidosis in order to find treatment and a cure.   When your doctor tells you or one of your loved ones that you have a rare disease with no cure like sarcoidosis, you feel rather helpless when you also realise that there’s not much research funding available to discover a cure.  Rare diseases also need research funding from government and donations too.  Hopefully some day there will be a cure.”