The spokesperson for Island Labour says “Tories are calling cuts ‘savings’, as if that somehow reduces their impact”. 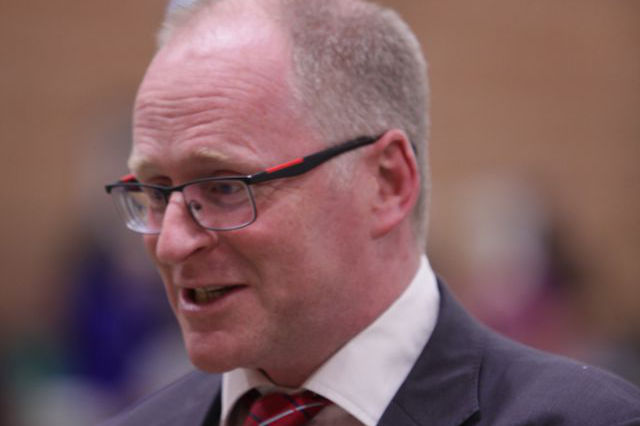 Last week’s confirmation from the Isle of Wight council as to which items will be cut from the Highways PFI contract to make annual savings has resulted in criticism from opposition politicians.

As previously reported by OnTheWight in March, the Isle of Wight council has been paying Jay Jayasundara, who designed the PFI original contract to come back and find ‘savings’.

“Once again, the Tories are calling cuts ‘savings’, as if that somehow reduces their impact. Worse, they then go on to tell us that somehow the cuts are good for us.

“I’ve heard plenty of political spin before, but suggesting that reducing the maintenance of road verges is a good thing because it ‘encourages biodiversity’ is a particularly  fine example of a thief picking our pocket and telling us he’s helped us by lightening our load.

“I notice he didn’t try to find a positive outcome of the overflowing roadside bins which will result from reducing collection frequency. You need to up your game, Cllr Ward.”

“Some of the best roads in the country”?
Mr Critchley, who is also a Ryde town councillor, went on to say,

“Cllr Ward claims that the Island has “some of the best roads in the country.

“I fear this only confirms my suspicion that he doesn’t drive around Ryde very much. I have a meeting with a local resident only this week to discuss dangerous potholes on the main route out of the town, and this is frankly not even close to being the worst example of roads which are now in a terrible state.

“This is a situation our parish and town councillors report from all over the Island, in Sandown, Ventnor, Newport, Cowes as well as out in the rural areas.

“This is yet another Tory cut. They’ve cut our services for adults and children. Our schools have lost millions of pounds. Our hospital services are being transferred to the mainland. Local Area Co-ordinators have gone. The Law Centre is being cut. Playgrounds have been stripped of equipment. Public toilets closed. The tip’s opening hours reduced and restricted.

“The list goes on and on. And now the very infrastructure of our Island is at risk with unmown verges, uncollected rubbish and unmonitored CCTV cameras.

“It’s time to stop cutting our public services, and starting to cut these Tories out of office, before they cause more damage than the next Labour government will be able to repair.”

newest oldest most voted
Colin
It’s not often I agree with Mr. Critchley, but he makes some valid points here. The roadside bins are often overflowing and there needs to be an increase in the collection frequency especially in the summer season, not a reduction. With the tip hours being totally inadequate, the amount of rubbish strewn around the island is only going to increase. Still, that’s what you get with a… Read more »
Vote Up530Vote Down
Eagle eye

The best saving the Isle of Wight Council could make is cutting Jay Jayasundara from any future involvement in the Island Roads contract.

Time to let someone who knows what they are doing expose all the faults that residents said at the time would eventually come to light.

Personally I wouldn’t employ Island Roads to resurface my drive. But to be fair. since they re-surfaced the Old Blackgang Road (the road to nowhere)about a years ago, it’s still holding up well. But then it carries no traffic! (See what I did there?).

What struck me at the time was the way they left the small car park at the end completely untouched. They had the men, the gear, and what did they do – just left it.

For those that don’t know, it is very uneven, and has some of the deepest puddles you’ve ever seen!

Fair comment but my point was, they’ve done a reasonable job on a road that probably carries the least traffic on the whole Island (because it dosn’t go anywhere) but yet there’s far worse and busier roads which havn’t been touched. Take a ride around Ryde for example…

Busy roads will need doing again before the end of the contract – unless they are left till last?

Doesn’t matter if its Labour, Tories or any other combination they all promise competence at elections and deliver ineptitude after being elected.

Dare I mention Brexit? Not about being pro or anti but how the political establishment has handled it. No wonder fixing potholes is such a challenge.

The point that is often missed is these so called savings end up costing us a lot more in the long run. The cut backs in our NHS and St Mary’s hospital services being a prime example